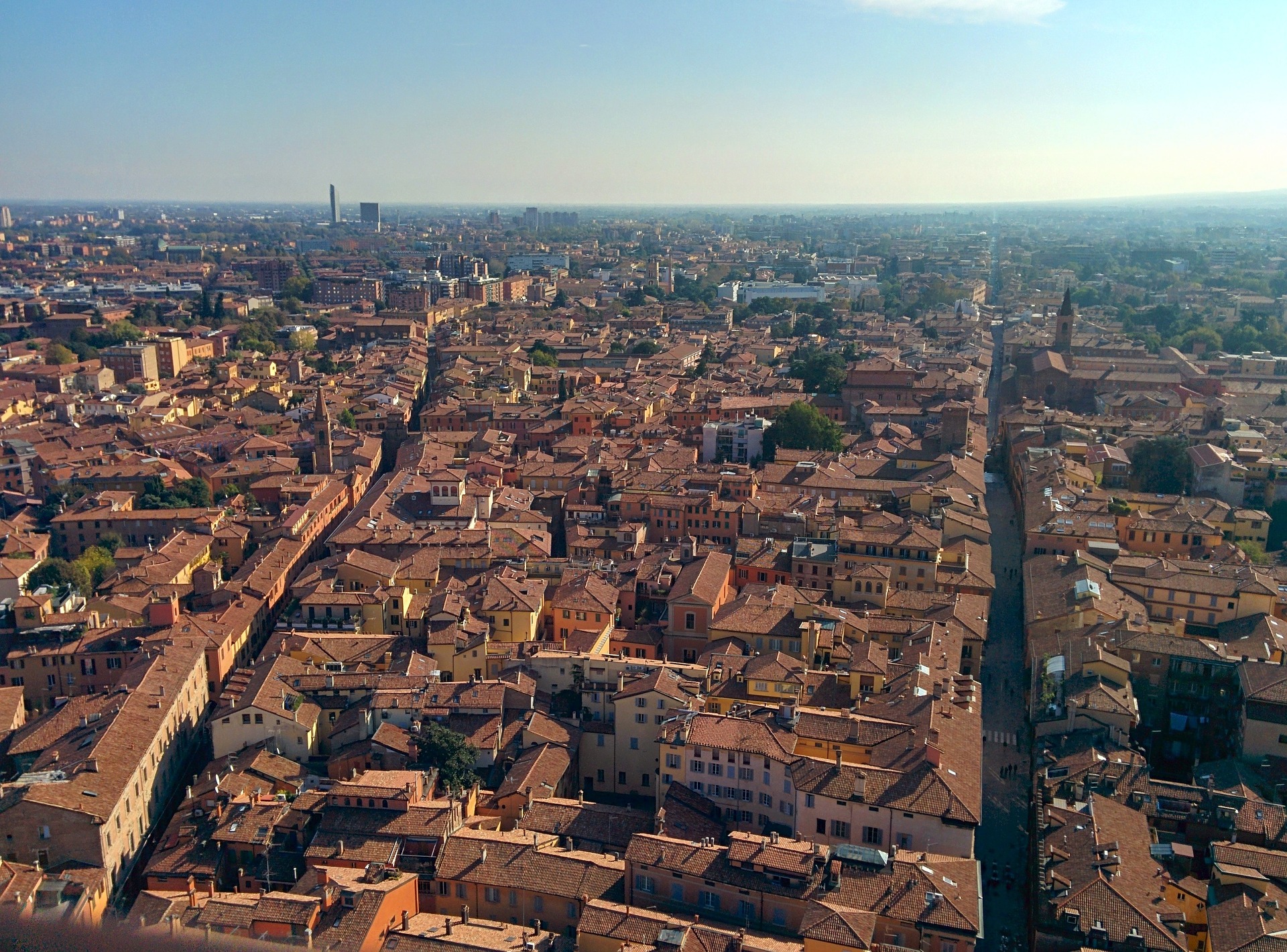 Other than being famous for its delicious homemade tortellini, irresistible mortadella, and the characteristic “portici” that make the city a UNESCO World Heritage Site, Bologna is home to many universities that are well known in Italy and worldwide for their quality and tradition. It is the perfect city for students.

The city of important people and inventors

Founded in 1088, Bologna boasts the oldest universities in the Western world. These universities have educated many famous people in various fields, from the first Italian jurist Irnerio, the mathematician and astronomer Nicolaus Copernicus and Erasmus of Rotterdam.

Due to the long history of these universities and the important people who have studied here throughout the centuries, Bologna is an intriguing place to study.

Superstitions among the students

There are two activities that frighten many students: the first one is to not climb the Torre degli Asinelli (the name of the two towers) and the second one is to avoid walking across the middle of Piazza Maggiore. Superstition says that if you do either of these, you will never graduate!

According to the Italian newspaper Il Corriere della Sera, among all the universities, the Alma Mater Studiorum, (University of Bologna), has been nominated as the number-one public university in Italy. Despite the fact that Italian universities never occupy the first positions in the QS ranking, as American and British colleges do, Bologna has been considered the leading Italian university, occupying the position 182 out of 800 in the world ranking.

Exchange programs, Erasmus programs, undergraduate degrees, post-graduate degrees, masters degrees, cooking classes, and private schools every year bring thousands of students to Bologna. The Alma Mater Studiorum alone enrolls 96,000 students every academic year. They come from all over Italy, Europe, and many other countries including the United States, Brazil, and Australia. From September to July, the Piazze, libraries, and stores all over the city are overwhelmed by students.

The amazing night life in Bologna

Bologna offers entertaining places where you can spend your free time; for example, relaxing after a busy day in class or over the weekend. On Via Zamboni you will find many pubs, clubs, cafe’, restaurants, and pizzerie all populated by students. At 7pm you can have a happy-hour with your friends, trying the famous aperitivo, spritz (a cocktail that can be made either with Aperol or Campari), along with a generous free buffet (food ranging from pasta, salami, and other finger foods). Another option is to have a delicious and affordable pizza in one of the small places near Piazza Verdi. To celebrate the end of exams, students visit bars that offer a casual environment for dancing or enjoying a meal outside. There are many places to have fun and make your year in Bologna unforgettable, and fun is absolutely guaranteed!

Bologna, the perfect place to study

In conclusion, there are many reasons young people decide to come to Bologna and study, other than visiting on vacation to enjoy the local bolognese food. Bologna has a lot of history and many people who are famous today in many fields of life have studied here, which contributed to their success. The campus has a friendly and exciting atmosphere that can be felt throughout the day. Whether walking to class or hanging out with your friends, it is something special. All in all, studying in Bologna is a privilege!

Have you ever been to Bologna? Which was your favorite spot? Let us know!