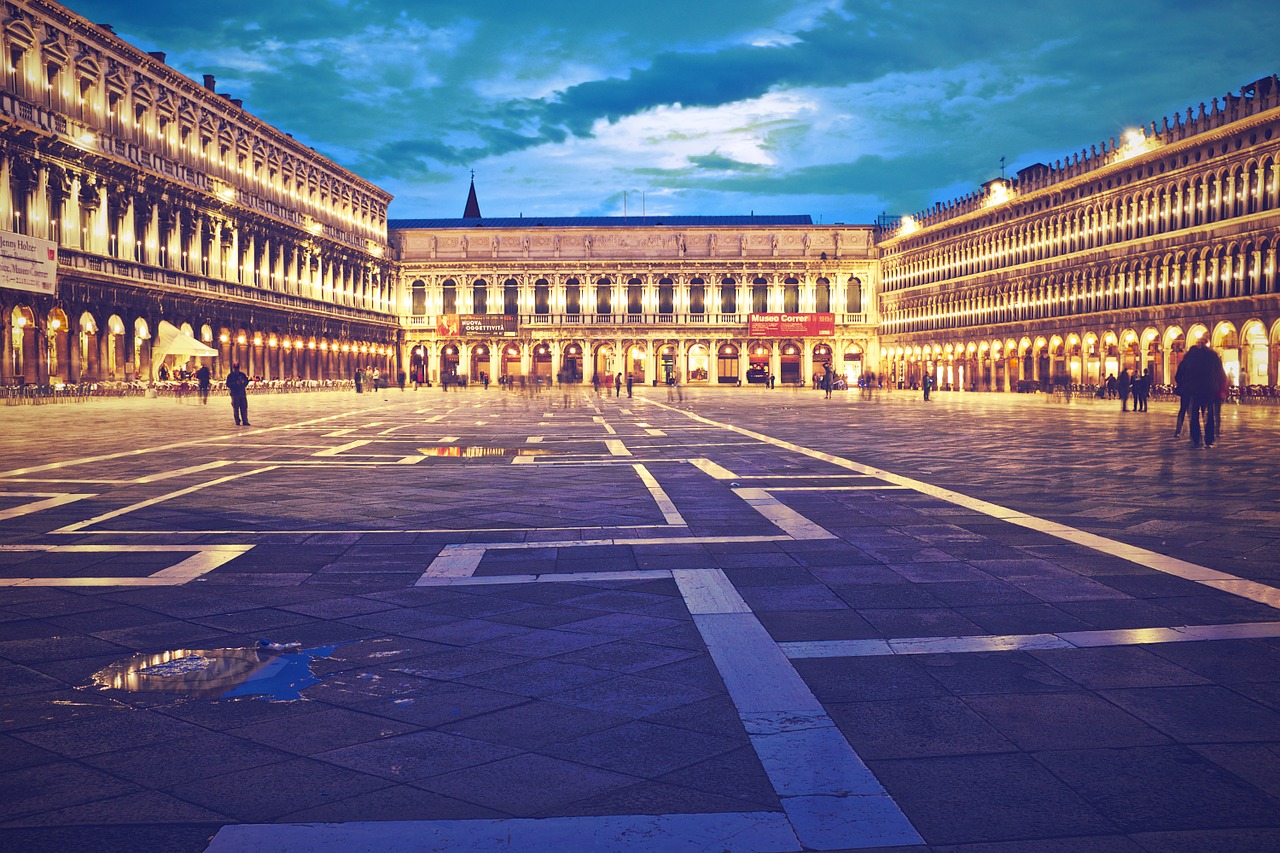 Italy’s public squares, or piazzas, are often central to the social fabric of the cities they are in, as well as showcases for great architecture, fountains and statuary.

They are also places to linger over frothy cappuccinos in the morning, or over a spritz at twilight, at the cafes that often line them. There are too many fabulous piazzas in Italy to mention, and in lots of different sizes, but here are five of the most dramatic – rain or shine – in Rome, Florence, Venice, Bologna and, up north, Trieste.

Yesterday, today and tomorrow, the Piazza Navona reigns as one of the most quintessentially Italian squares and one of Europe’s happiest public places, regardless of season. It the 1964 Italian comic film Ieri, oggi, domani (Yesterday, Today and Tomorrow), the character played by Sophia Loren lived in the Piazza Navona. That’s not something most of the rest of us can do, but anyone can admire its fountains, which include the Fountain of the Four Rivers (replete with Roman obelisk), Fontana del Moro at the southern end and Fountain of Neptune at the northern end. The square is almost elliptical in shape because it follows the contours of an ancient Roman stadium. Be sure to buy some black truffle gelato at Tre Scalini (no. 28)!

What can said about the Piazza San Marco that has not been said already? Napoleon himself called it Europe’s greatest drawing room, and though he was getting ahead of himself when he claimed Venice as his own, he was right about that assessment of this Venetian, and world treasure. It is in fact Venice’s only piazza and a true marvel. Stand in the center of the square and behold the glorious space, flanked on the eastern side by St. Mark’s Basilica, the Clock Tower, Campanile and framed by long arcades on the other sides (with the Museo Correr on the far west side). Is the piazza perhaps more glorious than the Doge’s Palace itself? If anything, Venice is a multiplication of aesthetic delights, but in many senses they radiate outward from the calm majesty of Piazza San Marco.

Florence’s regal Piazza della Signoria fronts the imposing 14th-century Palazzo Vecchio, and is central to such key Florence sights as the Uffizi Gallery. British writer E. M. Forster described the square in his novel A Room with a View:

“The great square was in shadow; the sunshine had come too late to strike it. Neptune was already unsubstantial in the twilight, half god, half ghost, and his fountain plashed dreamily to the men and satyrs who idled together on its marge. The Loggia showed as the triple entrance of a cave, wherein many a deity, shadowy, but immortal, looking forth upon the arrivals and departures of mankind…the tower of the palace rose out of the lower darkness like a pillar of roughened gold.”

Bologna’s beautiful Piazza del Nettuno is right by the Piazza Maggiore, and is home to the stunning Fountain of Neptune. In Giambologna’s 16th-century masterpiece, the god of the sea lords it over all he surveys – in this case, the gorgeous cityscape and lovely porticos of largely intact medieval Bologna.

For travel writer Jan Morris, the Piazza Unità (for short) is  “the eye of the city and the lingering spot par excellence” in her beloved northern Adriatic city of Trieste. She writes, “it is more festive than most of Trieste. On its western side it opens directly to the sea, and it is said to be the largest square in Italy. The big buildings surrounding it are splendidly self-satisfied. Flags fly from the former Governor’s Palace. Bold masonry allegories look down from the immense old headquarters of the greatest of all Trieste institutions, the shipping line Lloyd Triestino…The long mock-Gothic structure with the clock tower is the Municpality, and here we are ourselves sitting  at a table outside the Caffe degli Specchi, the Café of the Mirrors, which has been comforting its customers with coffees, wines and toasted sandwiches since the days of the Emperors…In the autumn the square is not often crowded…Some emperor or other stands upon a column, pointing peremptorily towards the sea. What looks like a pile of rubble is really a Fountain of the Four Continents, celebrating Trieste’s profitable connections with the world at large.”

Do you have a favorite piazza in Italy? Let us know below!