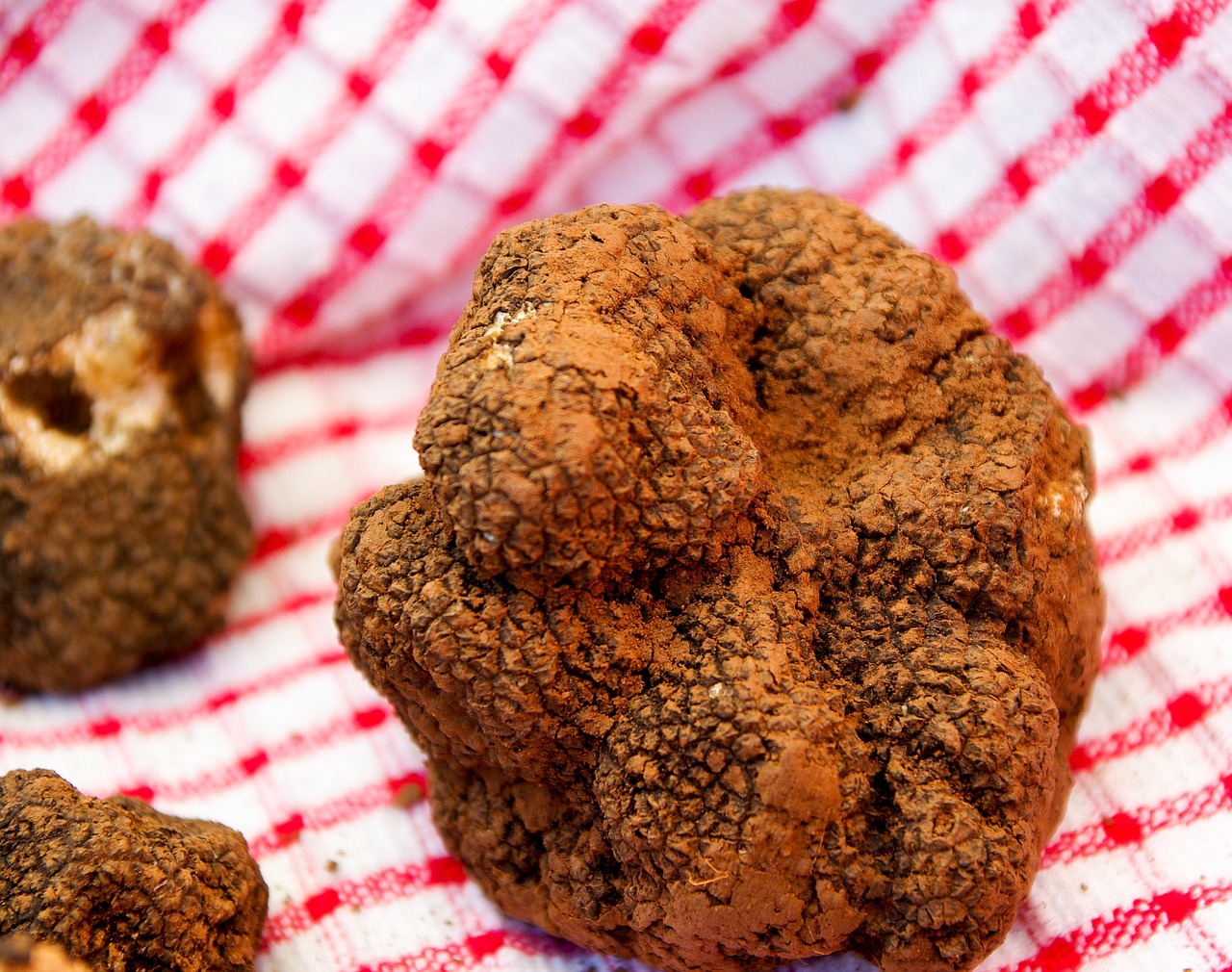 I remember my first experience with white truffles as vividly as if it were yesterday. It was after the point in my life that I started truly appreciating food and wine, and I was headed to dinner for a special celebration of one of those monumental occasions in life for which you cannot deny yourself the best.

The ristorante was a renowned one, having earned awards and stellar reviews for its Italian fine dining, and expectations were high. As we sat at our table decked with wine glasses resting on pristine white cloths sparkling in the candlelight, our well-dressed server approached with the menus and wine list. “I just received a fresh batch of white truffles from Alba,” he told us, “and I can honestly tell you that any dish with them will trump all other dishes on the menu.”

Now, although I was a full-fledged foodie at the time, I was not into over-praised or faddish dishes, and as it was the end of fall, or white truffle season, these subterranean fungi were the talk of the food world. Unlike their cousin, the black truffle, white truffles are a rare delicacy claimed by some to be the one of the best culinary endeavors one can dive into. They are impossible to cultivate and the most famous are found in the Piedmont region of Italy, particularly in Alba and Asti (two areas that are coincidentally also known for top-notch wines).  This truffle is shaped like a tuber and downright unattractive, but its exquisite taste and rarity makes it one of the most sought-after, expensive bites in the world. Italians celebrate it with various festivals, tastings, and publicity, and every year food connoisseurs from near and far venture to get a tasty morsel of the fresh delicacy.

All of the hype had resulted in my indifference towards trying the food, but for some reason on that day – must have been the gleam in the waiter’s eye or the fact that we chose a spectacular Sfurzat wine from Piedmont – I chose a dish with white truffles from Alba. It was a simple dish: spaghetti alla chittara with delicate shavings of white truffles and gently melted butter, sandwiched in between my antipasto of roasted vegetables and secondo of branzino fish. The dish arrived on an unassuming plate, and I eyed it with suspicion and curiosity. I was expecting good (how could something that is so lauded not be at least decent), but when I took that first bite, I was left speechless.

The one plate was the best thing I had ever eaten in my life. It was the taste of the woods of paradise, like eating gold flakes that have such a complexity of flavor it is impossible to describe in words. That bite squashed the previous best dishes I’ve had: the pasta ai ricci that I had dined on in Taormina while gazing at the sparkling Sicilian sea, my nonna’s ravioli (this one does not leave this blog) and even surpassed my favorite Roman pasta, bucatini all’amatriciana. Every taste was divine – for lack of better word – and the end of the dish left me planning for the next occasion on which I could get more.

I did not stop talking about that one dish for weeks. It’s tampered out a bit by now, but, needless to say, I am a white truffle convert and when in Italy, seek them out. Although truffles are expensive in large quantities, small pieces of these delectable delicacies, as well as tours of the areas in which they are found, are available for reasonable prices. I like them best with the wines of Piedmont: the two kings, Barolo and Barbaresco, and my favorite, less assuming but magnificent grape, Barbera. They can be enjoyed in just about any manner or with any kind of food – it’s like sprinkling instant happiness on a dish – but I like it simple and purely Italian, as the star of a pasta on that fateful night.

Has anyone ever experienced a dish that had a similar impact on you? Share with us below!