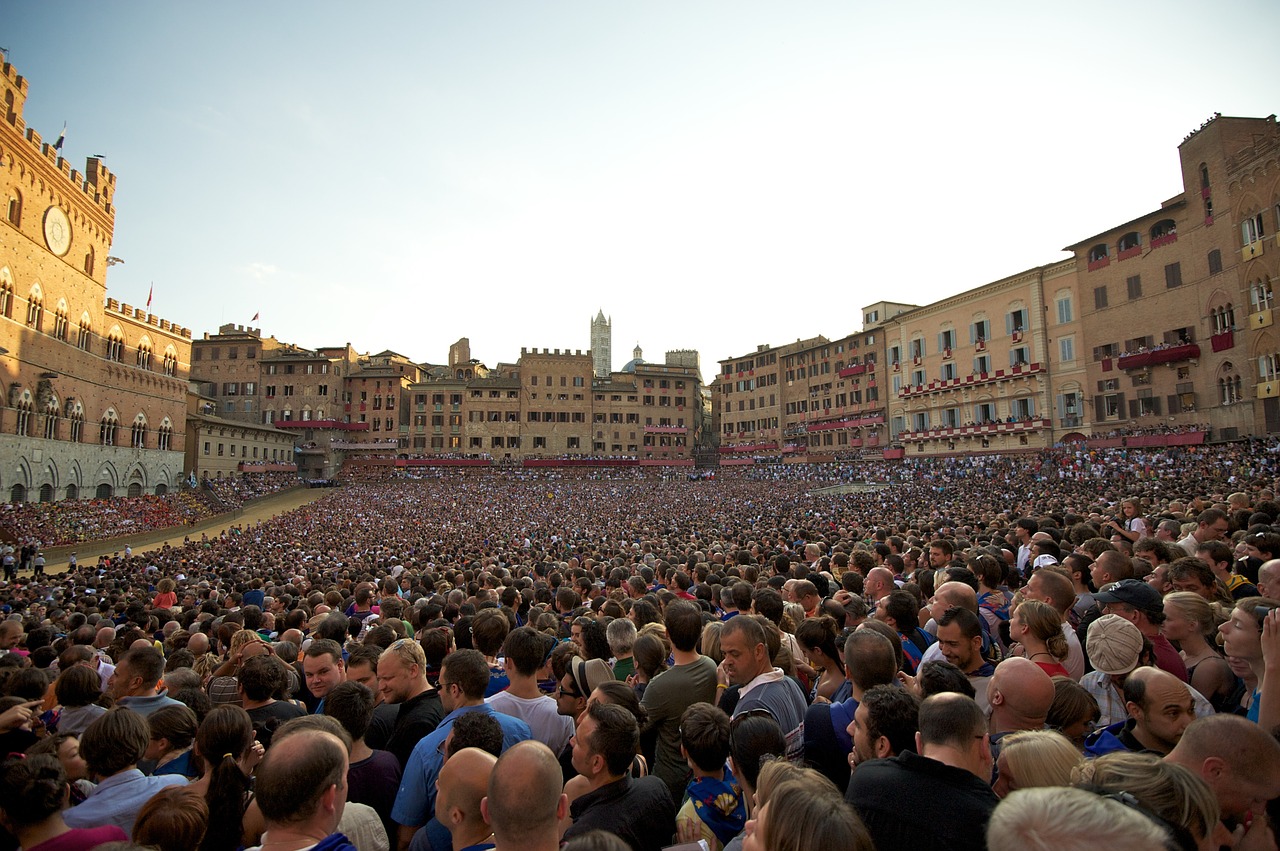 Twice a year, on July 2 and August 16, Siena’s Palio takes over the Tuscan town in what is, for the Sienese, the biggest event of the year.

Attending Siena’s Palio is an Italian experience you don’t want to miss: plan in advance by booking a reserved seat in the beautiful Piazza del Campo and choose how close to the action you wish to be. You’ll have a great view of the historical pageant that precedes the race, during which the costumed members of Siena’s medieval contrade (city wards) parade through the square along with their assigned horse and the sbandieratori (flag throwers) launch their colorful banners into the air.

Are you feeling the excitement of Siena’s Palio yet? Here’s everything you need to know about il Palio di Siena.

The first recorded Palio was in the year 1238, but the race may be even older. It developed from the public games, held in Siena’s central piazza in the Middle Ages, which for the most part were competitive. The Palio held on July 2 is named Palio di Provenzano, in honor of the Madonna of Provenzano, a Marian devotion peculiar to Siena. The Palio held on August 16, which was added in 1701, is named Palio dell’Assunta, in honor of the Assumption of Mary. The Palio di Siena, which in its modern form took place for the first time in 1656, is more than a horse race; it’s the pinnacle of the ongoing rivalry between the contrade, which compete with fierce passion and pride.

The city of Siena is divided into 17 districts, called contrade, with a horse and jockey representing each one. Ten participate in each race: the seven that didn’t participate in the previous year’s Palio and three chosen by draw. The feeling of loyalty and belonging that the Sienese feel for their contrada is unconditional and strong, so much so that Sienese think of themselves as belonging to their contrade first, then to Siena, and then to Italy.

The winning contrada in Siena’s Palio receives no money, just a banner of painted silk (the palio); the race is not about the prize, it’s about glory. Siena’s Palio differs from regular horse races because, for each contrada, preventing a rival contrada from winning is just as important as winning itself. In addition, the race truly is ruthless: few things are forbidden to the jockeys during the race. They can pull or push fellow riders, hit the horses and each other, or try to slow and hamper other horses at the start.

Three days before the race, representatives of the participating contrade, the Capitani (captains), choose ten horses, previously selected from private stables and other Palios. A lottery determines which horse will run for each contrada. Six trial races are run, the last on the morning before the Palio.

Each district hires a jockey to ride for them. Corruption and bribery are endemic to Siena’s Palio: secret pacts and deals are made between the jockeys up to the moment the race starts. A jockey may be bribed to help an ally, to hinder a rival, or both.

Before Siena’s Palio: the Corteo Storico 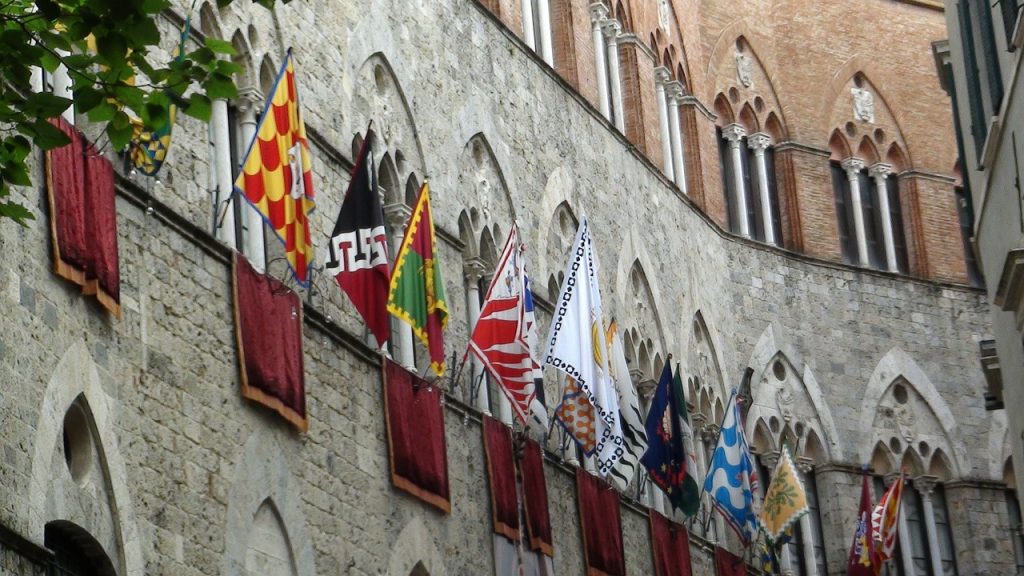 The race is preceded by a spectacular pageant, the Corteo Storico, which has taken place before the Palio since the race inception. It is a choreographed triumphal march commemorating the ancient institutions, customs and greatness of the Republic of Siena. The parade features almost 700 participants, among them the flag-wavers, who stop at various points in the Piazza and, to the sound of the drum roll, perform a spectacular flag-waving exhibition, which ends with the throwing of the flag.

The procession enters Piazza del Campo on the first toll of the bell struck by the Torre del Mangia. By now, the music of the bands forming the procession will have enraptured the audience.

The highlight of the Corteo Storico is the passing of the Carroccio, the modern version of the Republic’s ancient triumphal chariot: it carries the colorful – and much sought-after – Palio.

For more than 700 years, the Palio has remained a vital component of the culture of Siena. Be a part of it by booking your seat for an unforgettable and thrilling experience!