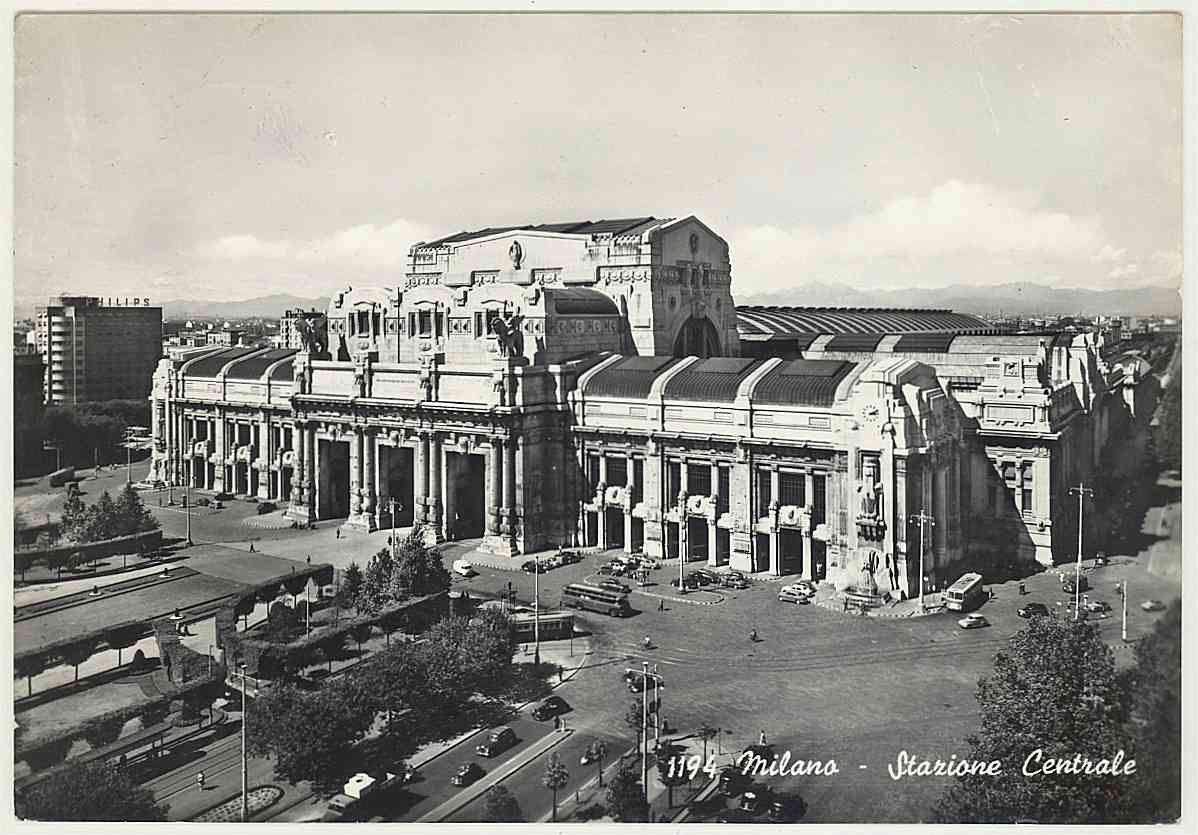 If I weren’t so lucky to be born in Italy I would definitely plan my vacations there. Why? Well, I know I might be biased (just a little bit) but I have tons of reasons for you. Italy can satisfy and amaze any kind of traveler! Are you a foodie or a wine lover? You could stay a month and you won’t be able to try all of our delicacies to say nothing of the wines… If you don’t care about our food and you want a cultural experience, Italy is said to have more masterpieces per square mile than any other country in the world. Then we have amazing mountains, luxurious hills, romantic lakes, some of the most beautiful beaches in the world and legendary cities! Yes, cities that will take your breath away and make you feel as if you’d gone back in time. Imagine yourself walking down the streets of Rome, Venice, Florence, Verona, Naples… just to mention a few of my favorites. And I know that you are thinking “How many trips to the boot should I plan, to experience everything?”. Here is the thing, all these marvelous reasons I mentioned are packed in a country about the size of Arizona and – as Huffington Post Travel pointed out in their “21 Reasons to Finally Take That Trip to Italy” blog –  “Italy has a superb train network so you can experience them all in one trip.“ Train travel in Italy is a popular option because of its comfort and affordability, especially when compared to alternatives such as car and plane. Furthermore, (please don’t ask me why) Italians love to be friendly and talk to people during train journeys! I’ve never taken a train and not started a conversation with the person sitting next to me. I’d add this as a reason to go to Italy. Take the train because not only will you have the opportunity to practice your Italian but you’ll also get to know Italians.

We have already given you dozens of train tips, reasons to take the train in Italy and an infographic. Therefore if you decide to embark on a rail journey, book your ticket in advance and get to know these 6 Italian train stations you’ll probably pass through.

You will have learned by now that in Italy there is history behind everything, even train stations…

Milan is a common destination, whether you include it in your trip because you arrive at Malpensa airport, or you want to drain your bank account shopping in via Montenapoleone, or go see the Da Vinci’s masterpiece The Last Supper. Whatever the reason, Milano Centrale station is a place you will visit for sure.

Milano Centrale is the main station of Milan, one of the main rail stations in Europe, and Italy’s second largest station in terms of traffic volume and size. Its numbers are stunning: it is used by over 360 thousand people passing through to take one of the 600 trains that depart from there every day. The station has 24 tracks and serves national and international routes.

On April 28 of 1906, King Victor Emmanuel III of Italy laid the cornerstone of the new station even if there still wasn’t a blueprint for the station. The contest for its construction was won in 1912 by architect Ulisse Stacchini, whose design was modeled after Union Station in Washington, DC. The construction proceeded slowly due to the economic crisis that affected Italy during World War I. The project changed several times becoming more and more majestic, especially when Benito Mussolini became Prime Minister and decided to represent the power of the fascist regime through this imposing building. The station was officially inaugurated on June 1, 1931. The station has many architectural styles, especially Liberty and Art Deco. In 2006 a huge redevelopment project began. In fact,  when I was at my first year of college and living in Milan, Stazione Centrale was literally a construction site! The exterior was as you see it today, but the inside was completely different. The result of this work is pretty amazing. Today the station houses many shops, restaurants and a bigger ticket office. Last time I was there I had the feeling I was in a mall, but in my opinion the original structure has just been improved and its original soul wasn’t changed.

The station is served by Trenitalia’s high-speed trains, Intercity and Eurocity, and regional trains as well. The station is connected to Milan-Malpensa Airport through the Malpensa Express train service but also to metro, trams and buses for the city center.

Milano Porta Garibaldi is Milan’s main station for commuter traffic with 25 million passengers coming through annually. The construction of this station is more recent. It was built in 1961 in the neighborhood known as Porta Garibaldi. The station has 22 platforms and has all the comforts of a bigger station, with shops, bars, and commercial areas. Milano Porta Garibaldi is served by Italo, Trenitalia, and Trenord rail operators and it is conveniently connected to Milan’s metro and buses.

Of course Rome is another must-see destination. I mean, who goes to Italy without visiting Rome? Italy’s capital is very chaotic and getting around can be stressful if you don’t know the city and you didn’t plan your transportation properly. In addition, there are so many sights to visit that you’ll have to make difficult decisions about what to visit if you can’t play the tourist for a whole month!

Roma Termini is Rome’s main station and it’s located in the heart of the city, precisely in Piazza dei Cinquecento. The station is frequented by approximately 480,000 people per day, over 150 million per year! When Salvatore Bianchi designed and built it in 1867, the station seemed to be too large for the capital needs but a couple of years later the station started its enlargement due to the increasing railway traffic. The original dimensions were kept but several tracks, platforms and a bigger ticketing office were added. In 1925, the State Railways’ Works Department proposed to alter the entire station complex. From a design point of view the biggest challenge was to combine the old structures with the new, the endeavor was in the hands of architect Angiolo Mazzoni. He designed a monumental front block with an imposing portico and a vast entrance hall, and did a massive use of marble to cover the floors and walls. The project slowed down during World War II and by the end of the war the wings of Termini station were almost completed, but the front section still was not. Due to the political and economical post-war situation it seemed appropriate to re-examine the project and in 1947 the Montuori Vitellozzi group took over with the task to complete the station. The aim was to create a functional building and to integrate it with the existing areas. On December 20, 1950 the station was inaugurated and it looked as it does today. The architectural result is a structure that blends modern and traditional.

Roma Termini station offers all kind of traveler services such as left-luggage office, restaurants and fast-foods, a shopping center, and tourist information and facilities. With its 32 platforms it’s served by Trenitalia’s trains and it is connected to Rome’s metro, buses and trolleys.

Roma Tiburtina is the second largest station of Italy’s capital. The station exists since 1866 but in the past few years it has been redeveloped as a hub for the Italian high-speed rail services. In fact Italo, which offers just bullet trains, arrives and departs the capital city from the Tiburtina station only and it’s at a short cab drive to the center.

The station was inaugurated  in 2011, has 20 platforms and is served by 140 high-speed trains and 290 regional trains every day. Tiburtina station is expected to reach a daily ridership of over 450,000 by 2015.

The station is conveniently connected with Rome’s metro and urban and suburban buses.

Bologna Centrale station is another important Italian train station with an annual ridership of 58 million and 700 trains passing through each day.

The station was opened in 1876, and due to its geographic location it has always been one of the most important hubs of the national railway system. The actual look of the station was designed by architect Gaetano Ratti and it has a neoclassical style as well as some Renaissance Florentine architectural segments, like the main passenger building. Over the years the building had been modified and enlarged, and recently, a three -level station for high-speed trains has been added.

Bologna Centrale station is served by both Italo and Trenitalia.

Firenze S. Maria Novella station is another important railway station used by 59 million people every year and it hosts 400 trains per day. It is located in Piazza della Stazione, in the city center of Florence.

The station was designed in 1932 to replace the old Maria Antonia Station and the project was assigned to a group of Italian architects known as the Gruppo Toscano. They were responsible for the main frontal building while Angiolo Mazzini, who designed part of the Roman station too, took care of the heating plant, platforms, other facilities design. The modern exterior design was meant to be a contrast to the nearby Gothic architecture of the Santa Maria Novella Church and it is considered one of the finest expressions of the modern movement in Italian architecture.

The station has 19 platforms and it is served by Trenitalia and Italo trains.

Have you ever been in one of these Italian train stations?

Check out the map below to see where are located the Italian train stations we mentioned above!