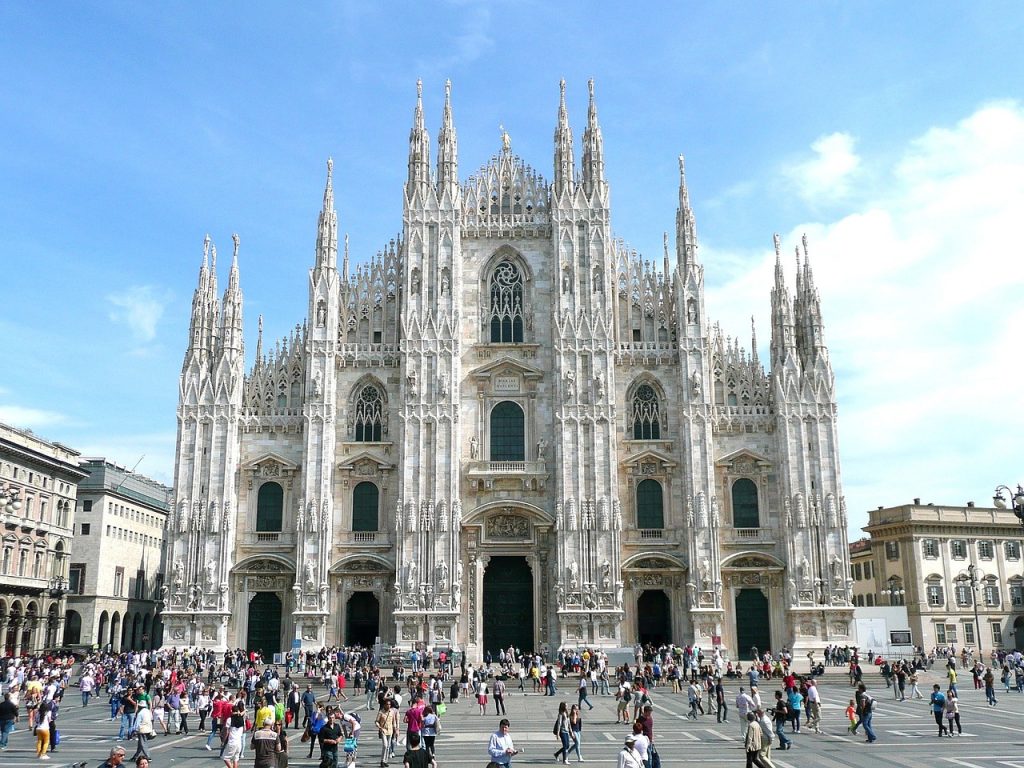 Don’t underestimate Milan as a worthy destination – there’s a lot in and around the city to keep you entertained. This cosmopolitan city in northern Italy boasts beautiful art and architecture, unrivaled shopping and a vibrant nightlife. Nearby are little-known jewels like Mantova and Cremona, as well as a prestigious wine-growing area, Franciacorta, and the Lake district.

Guided tours in Milan are the best way to make the most of what the city has to offer. Let’s take a look at some of the most interesting ones.

Begin by seeing the city’s highlights on the Milan’s Masterpieces tour. Milan is ancient; it was founded by the Gauls in the 4th century BC, and was named Mediolanum by the Romans for its strategic position in the middle of a fertile plain. In the Middle Ages, Milan prospered as a center of trade. During the Renaissance, the House of Sforza transformed Milan into one of the most important cities of the time. This long history can be seen and relived during the tour, which begins with a visit to one of Leonardo da Vinci’s masterpieces, The Last Supper (tickets subject to availability, see tour for details), painted for the refectory of the Convent of Santa Maria della Grazie. The tour continues to the Sforzesco Castle, the residence of the Sforza dukes in the 15th century. No visit to Milan is complete without seeing its landmark, the Duomo, built between 1386 and 1577, the 5th largest cathedral in the world and the most important example of Gothic architecture in Italy. Next to it is the elegant Galleria Vittorio Emanuele II, perfect for window shopping and people watching. Walking through the arcade will take you to world-famous La Scala opera house. This guided tour of Milan is the perfect introduction to the city! 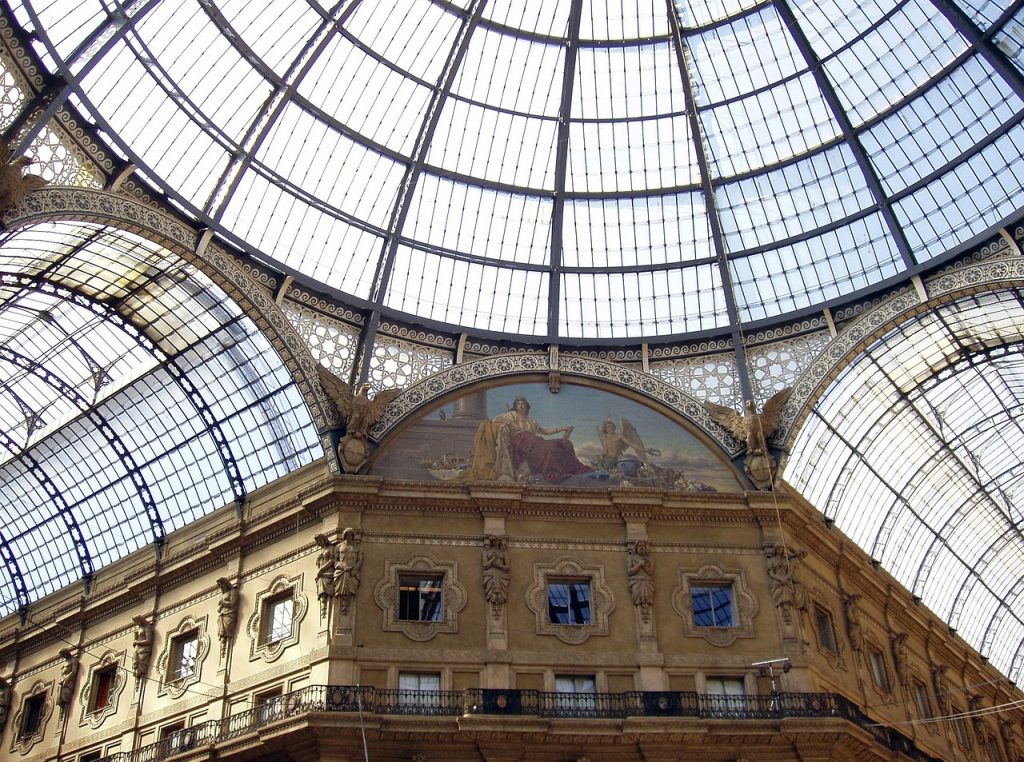 If you want to learn more about the Duomo, look no further than the Small Group Tour of Milan’s Cathedral and Rooftop. It took nearly six centuries to complete this amazing building and your guide will reveal the stories and secrets behind it. After viewing the artworks in the Duomo’s interior and the unexpected archaeological ruins located in its underground, you’ll ascend to the rooftop for a close-up view of the flying buttresses and 135 pinnacles and spires (the central spire, which is the tallest, is topped by a golden statue of the beloved Madonnina, symbol of Milan). From the rooftop, you also get to enjoy a great view of the city; on a clear day, you can see all the way to the Alps.

Guided tours in Milan often feature shopping – after all, this is Italy’s fashion and design capital. To get your hands on the best quality goods, it makes sense to be guided by an expert. Take the Style and Substance Shopping Tour and you’ll enjoy a customized shopping experience based on your interests: designer boutiques, handcrafted jewelry, elegant home furnishings, best shopping districts, new designers…whatever your preference, you’ll enjoy shopping Italian-style at its finest!

And if you want to see Milan from a different perspective, hop on a segway and join a three-hour guided tour of the city’s main sites, including Parco Sempione, a large city park favored by the Milanesi themselves. 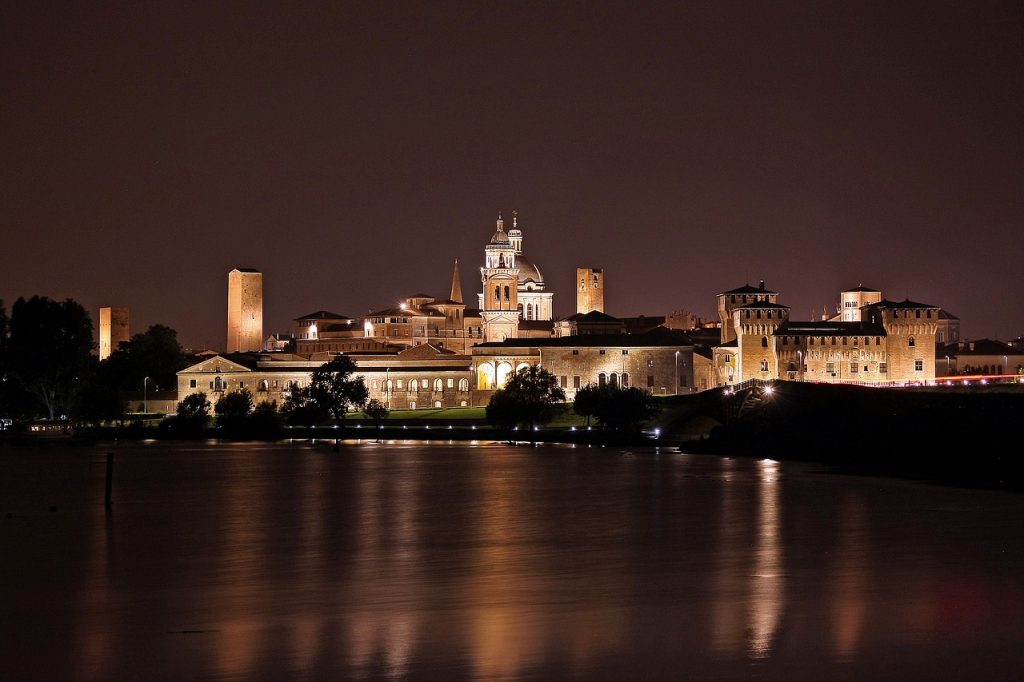 When you’re done with your guided tours in Milan, go explore the beautiful surroundings – you’ll be surprised by how much there is to see and do.

Small Cremona is a lovely town in the heart of the Po Valley, especially noted for its musical history and traditions, which features some of the earliest and most renowned luthiers, such as Antonio Stradivari. In fact, your first stop on the full-day guided Cremona tour is at the recently opened Violin Museum, dedicated to the origins and history of stringed instruments, with focus on the technical and acoustic aspects of violins. The town is still home to more than 70 violin-making workshops and its master luthiers, who produce more than 1,000 instruments a year, exported everywhere in the world. The tour includes a visit to a local shop to see how violins, violas, cellos and double basses are made still following the same artisanal traditions.

Thanks to the fertile countryside that surrounds the city, Cremona produces some excellent food products, especially cheeses and sausages; you’ll have the chance to taste for yourself by having lunch in a local restaurant. If you have a sweet tooth, you must try torrone, the nougat said to be invented here for a Renaissance wedding banquet. After lunch, you’ll have time to stroll through the cobblestone streets of the historic center and see some of its famous landmarks, including the medieval square with the Palazzo Comunale, the Baptistery, the Cathedral and the Torrazzo, one of the tallest bell towers in Europe.

Another great guided tour departing from Milan is devoted to the city of Mantua, a relaxing small town encircled by lakes forming a remarkable artificial fortification created nearly 1,000 years ago. Mantova was for centuries the home of the powerful Gonzaga dynasty, who built the outstanding Palazzo Ducale; with more than 500 rooms, it is the largest residence in Italy after the Vatican. A castle, a basilica and numerous courtyards, sumptuous galleries and gardens are contained within the palace, and you’ll have a chance to explore them during an informative guided visit.

You may be hungry after this: the way to replenish your energies is with the classic local dish of delicious pumpkin tortelli. In the afternoon, you’ll stroll around Mantua’s picturesque squares and ancient buildings, including the majestic Basilica of Sant’Andrea, masterwork of the renowned Renaissance architect Leon Battista Alberti.

The ultimate tour for those who love art, wine and nature takes you from Milan to Bergamo, Franciacorta and Lake Iseo. Underrated Bergamo is divided into the upper town, still resembling the fortress it was in the past, and the lower town, mixing ancient churches and palaces with modern shops and elegant cafes. A funicular connects the two and the quiet upper town is almost completely free of cars, making it the perfect place for a guided tour in the company of your guide.

After lunch, you’ll head to Franciacorta, the wine growing area famous for its sparkling wines, which some consider comparable to French champagne. But besides good wine, this is also an area of lovely landscapes, ancient villages, hilltop abbeys and sanctuaries, unspoiled nature and great food – you’ll be able to taste both food and wine at a local cellar.

Not far from Franciacorta is the final destination of this full day tour: Lake Iseo, whose blue waters are framed by lush green mountains. Explore the town of Iseo, then hop on a boat for a panoramic ride on the lake.

Do you have any questions about guided tours in Milan? Leave a comment below, we will be glad to help!

8 Of The Best Boat Tours In Italy

Italy is a wonderful land of treasures. Whether your passion is gladiator-packed history, mouthwatering wine and cuisine or superlative Renaissance...