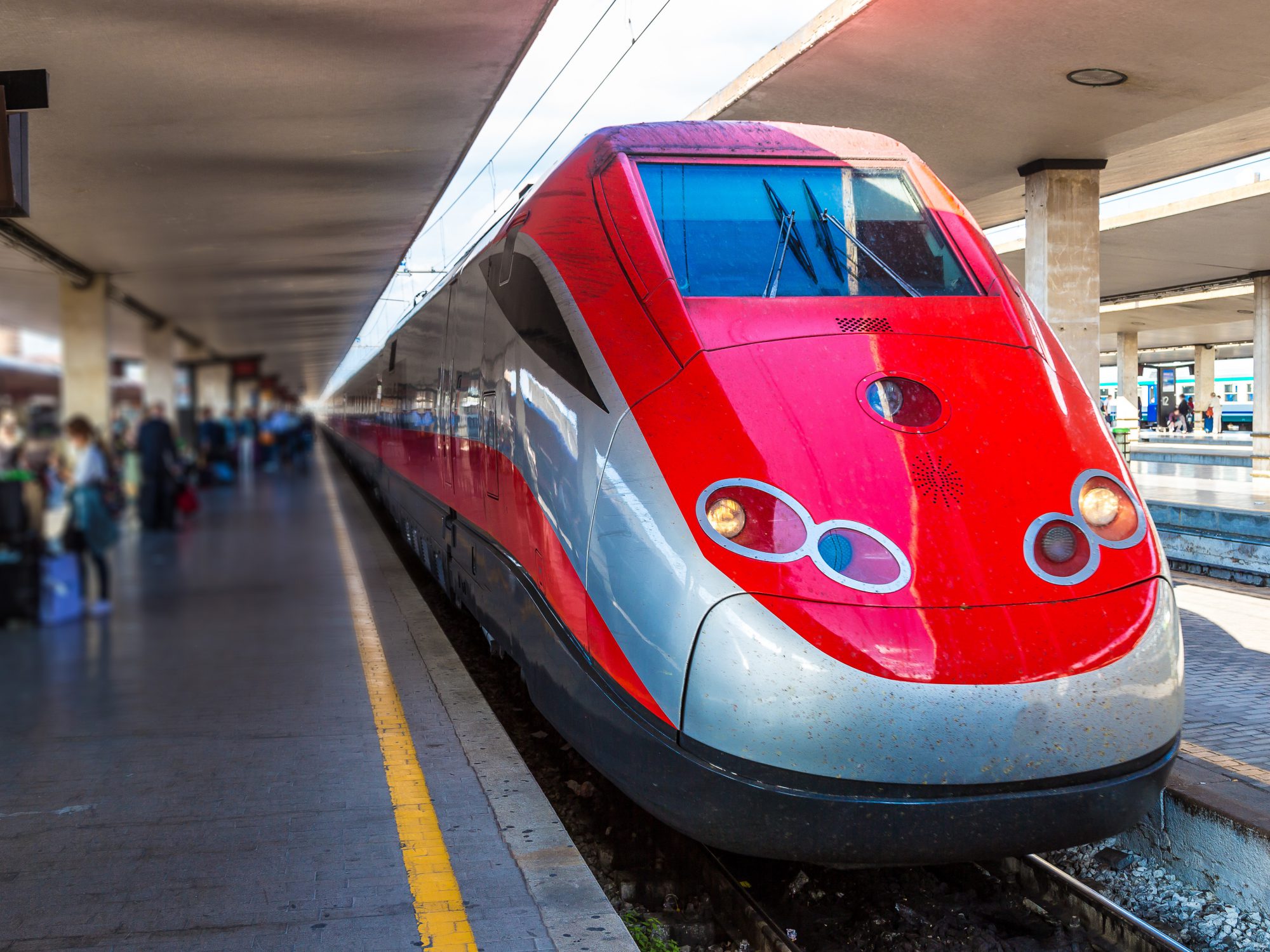 Headed to the ‘Floating City’ after a wonderful stay in the ‘Eternal City’? Hop on Le Frecce high-speed train from Rome to Venice, the most convenient way of transport connecting these two popular destinations in Italy. Traveling on the Le Frecce high-speed train, you will reach Venice in 3 hours and 45 minutes. Trains between Rome and Venice are frequent throughout the day and the train stations in both cities are conveniently located in the center.

If you were to drive, it would take you approximately five and a half hours. In addition, you’d have to drop off your car once you get to Venice since you’re not allowed to drive anywhere in the city.

Here’s what you need to know when planning to take the train from Rome to Venice.

Traveling by train from Rome to Venice

To avoid lines at the ticket counter and to be sure you’ll be able to travel at your desired time, buy your train ticket in advance. Give us a call: 1-800-877-1755.

Remember, reservations on Le Frecce trains are required because a seat must be assigned; therefore, it makes sense to purchase your ticket in advance.

Rome’s main train station is Roma Termini. The station is named after the neighborhood where it’s located, which in turn took its name from the ancient Baths of Diocletian – in Latin, thermae – which lie across the street from the station’s main entrance. Roma Termini is Italy’s largest railway hub and the second in Europe. You can reach the train station by taxi, metro (both Lines A and B have stops at Termini) or by bus (Piazza dei Cinquecento outside the station is a major hub for bus lines in Rome). The station is centrally located and not far from most major attractions. Traffic in Rome is often intense, so if taking the taxi or the bus, give yourself plenty of time. If you get to Termini early, you won’t get bored anyway: under the station is a shopping mall featuring a large number of clothing and accessories shops.

Venice’s train station is Venezia Santa Lucia – not be confused with Venezia Mestre, which is approximately 10 minutes before Venice on the mainland. Venezia Santa Lucia takes its name from the church by the same name which was demolished in 1861 to make room for the station. Venezia Santa Lucia is located in Cannaregio, the northernmost of the six historic sestieri (districts) of the city, near the western end of the Grand Canal. A bridge over the Grand Canal in front of the station, the Ponte degli Scalzi, will take you to the sestiere of Santa Croce. If your hotel is not close to the train station, rather than carrying your luggage up and down the many bridges and steps you’ll find all over Venice, you’ll be better off hopping on a vaporetto, Venice’s water taxi: there’s a stop right outside the station on the Grand Canal.

Train route from Rome to Venice

From Roma Termini, Le Frecce trains leave for Venezia Santa Lucia station 1-2 times per hour, with the most frequent in the morning, for a total of 18 trains per day. The first train leaves Termini at 6:50 a.m.; the last train leaves at 7:50 pm.

Le Frecce trains from Rome to Venice stop in Florence, Bologna and Padua. The train route basically cuts a diagonal line across Italy, from one coast to the other, and across the mountain range that runs down the center of the peninsula, the Apennines (that’s why you’ll encounter a lot of tunnels between Florence and Bologna!). The train from Rome to Venice makes for a pleasant journey, giving you the chance to admire different landscapes: passing through Lazio, Umbria and Tuscany, you’ll enjoy views of the pretty countryside.