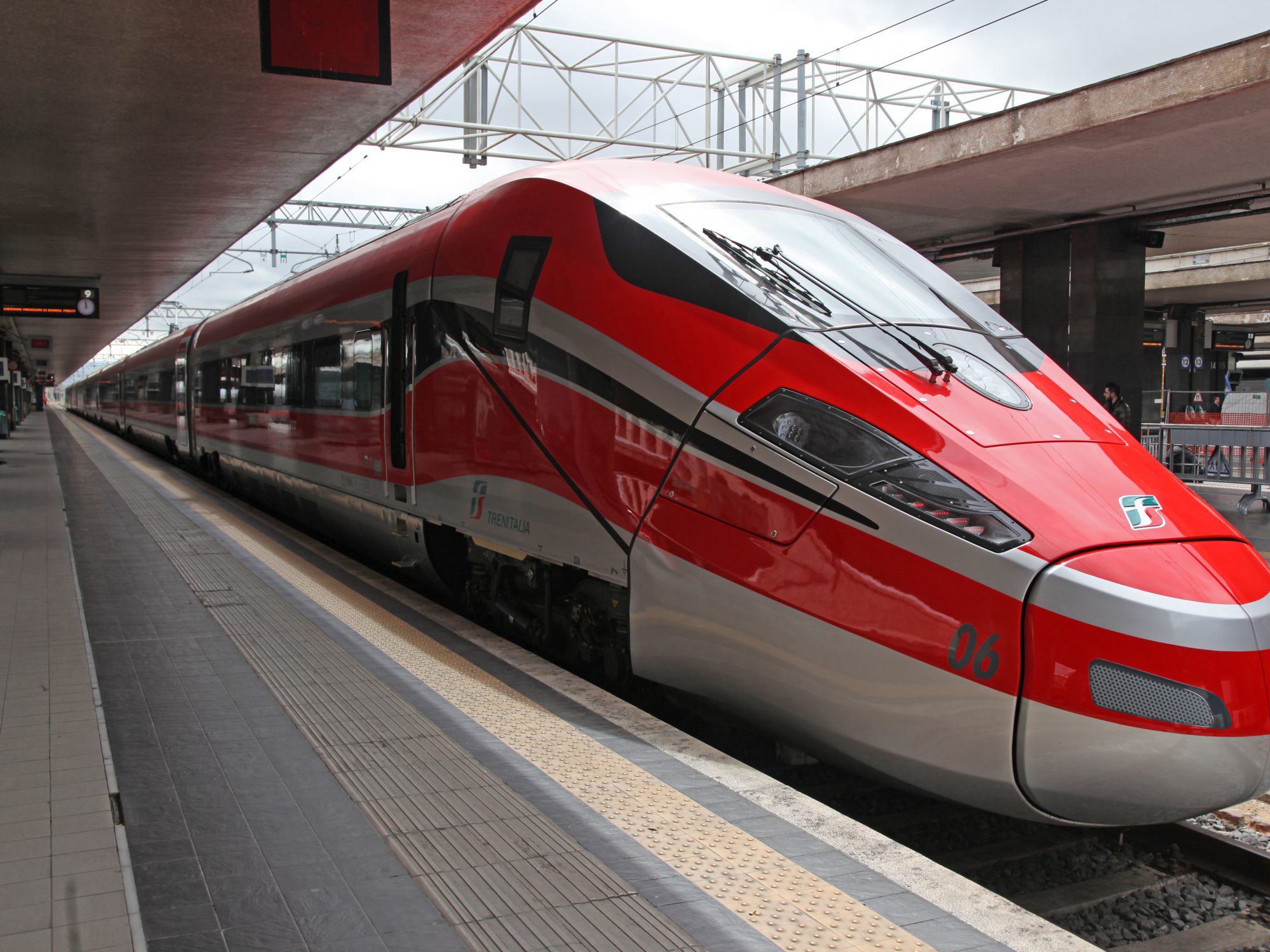 The train from Rome to Florence is the most convenient way of transport connecting these two popular destinations in Italy. Traveling on Le Frecce high-speed train, you’ll reach Florence in just an hour and a half; trains between Rome and Florence are numerous throughout the day and the train stations in both cities are conveniently located in the center.

Here’s what you need to know when planning to take the train from Rome to Florence.

Traveling by train from Rome to Florence

To avoid lines at the ticket counter and to be sure you’ll be able to travel at your desired time, buy your train ticket in advance by calling 800-877-1755.

Remember, reservations on Le Frecce trains are required because a seat must be assigned; therefore, it makes sense to purchase your ticket beforehand.

Rome’s main train station is Roma Termini. Fun fact: the station is named after the neighborhood where it’s located, which in turn took its name from the ancient Baths of Diocletian – in Latin, thermae – which lie across the street from the station’s main entrance. Roma Termini is Italy’s largest railway hub and the second in Europe. You can reach the train station by taxi, metro (both Lines A and B have stops at Termini) or by bus. The station is centrally located and not far from most major attractions, but traffic in Rome is often intense, so if taking a taxi or the bus, give yourself plenty of time. If you get to Termini early, you won’t get bored anyway: under the station is a shopping mall featuring a large number of clothing and accessories shops.

Florence’s main station is Firenze Santa Maria Novella. A great example of Italian modernist architecture from the 1930s, it takes its name from the Santa Maria Novella church across the square to the right from the entrance. The station is right in the city center: consider that Florence is much smaller than Rome, so you may be able to walk to your hotel (well, depending on how much luggage you have to haul!). Otherwise, taxis are plenty (to the right of the exit) and many bus lines pass by the station. While not as big as Termini, Santa Maria Novella is also one of the busiest train stations in Italy.

Train route from Rome to Florence

From Roma Termini, Le Frecce trains leave for Florence’s Santa Maria Novella station 2-3 times per hour, with the most frequent in the morning, for a total of 39 trains per day (37 trains on Saturdays). The first train leaves Termini at 6:20 a.m.; the last train leaves at 8:50 p.m (7:50 pm on Saturdays).

There are no intermediate stops when traveling by train from Rome to Florence on Le Frecce. But you still get to admire the beautiful countryside of Lazio, Umbria and Tuscany from the train window, definitely a pleasant way to spend the hour and half on the train! Lazio is the region of central Italy home to Rome; one side faces the Tyrrhenian Sea, while inland it mainly features hills and mountains and is crossed by the Tiber river. Partly hilly and partly flat, Umbria, the ‘green heart of Italy’, is known for its charming hilltop towns and enchanting landscapes, just like Tuscany to the north, which never fails to impress with its landscape of rolling hills, cypress trees, olive groves and vineyards.