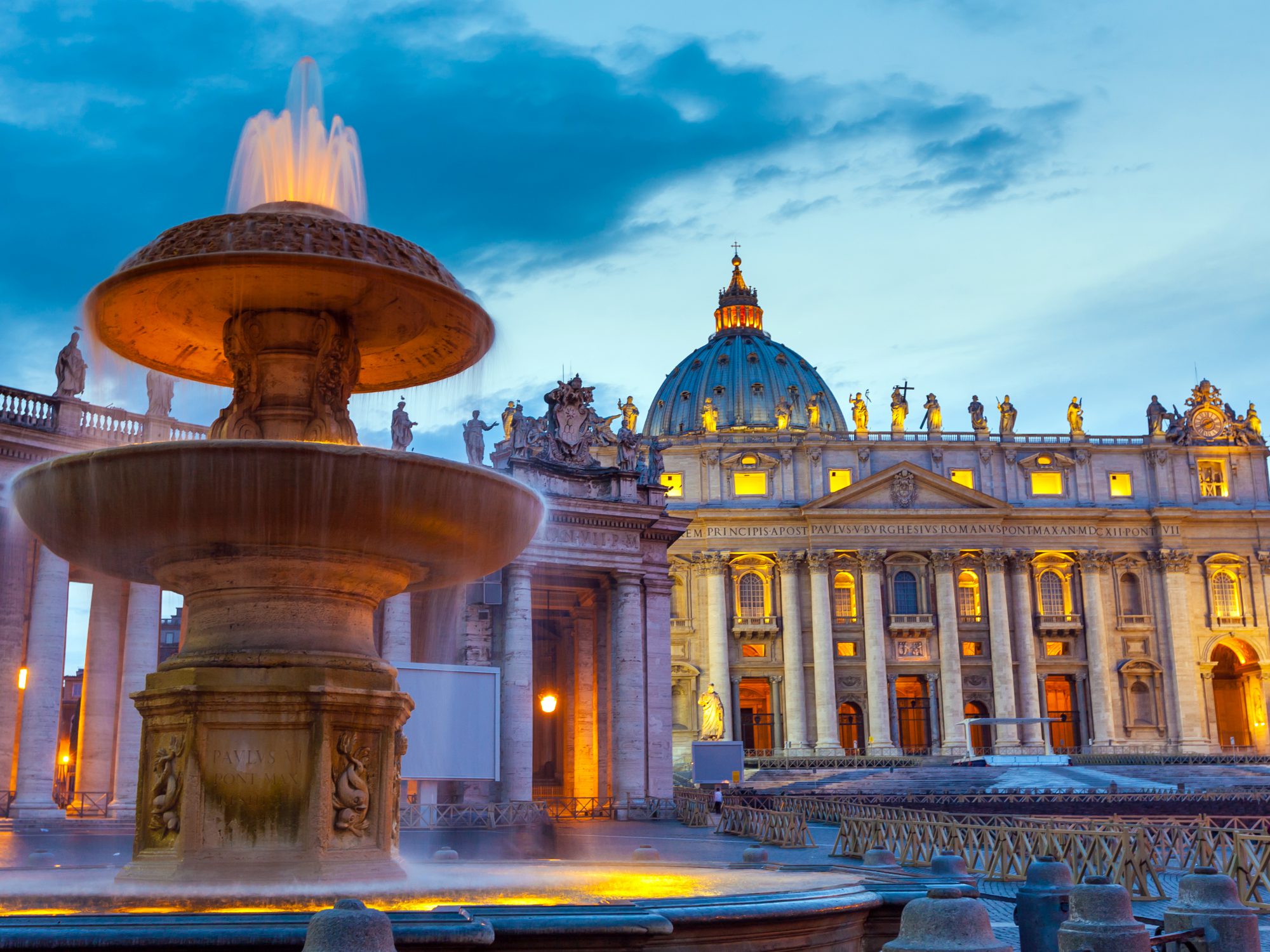 George Clooney recently had one. So did Salma Hayek, Richard Gere and Leonardo DiCaprio. And the good news is you don’t need to be Hollywood royalty to have one too. What am I talking about? A papal audience, of course. The chance to see, pray with and be blessed by His Holiness The Pope in St Peter’s Square in Rome, Italy. For many it is the highlight of their visit to the Eternal City and a very personal moment to cherish for the rest of their lives. For others it’s simply the most important point in their spiritual life. So if you want the chance to receive the Pope’s blessing, here’s everything you need to know about getting papal audience tickets.

His Holiness The Pope

The Pope, or Il Papa to give him his Italian name, is the Bishop of Rome and leader of the Catholic Church. His spiritual authority comes down through the papacy from Saint Peter the Apostle, the first pope and founder of the church in Rome, to whom Jesus gave the keys to heaven. And for many Catholics the Pope is the Supreme Pastor representing God.

For the faithful, therefore, being granted papal audience tickets has huge personal significance and may be a once in a lifetime experience.

The current Pope, Francis, or Francesco to the Italians, was elected on 13th March 2013. He quickly became incredibly popular with Catholics and other faiths alike for his compassion, unifying nature and simple faith. And as we’ve got to know him, his personal warmth, humility, engaging personality and obvious passion for human rights have drawn many to Rome. It’s fair to say that he is one of the world’s most loved and respected leaders. Which makes papal audience tickets even more sought after than ever.

Where are Papal Audiences held?

Also known as General Audiences, Papal audiences happen once a week on Wednesday mornings whenever the Pope is in residence in Rome.

During Spring, Summer and Autumn they are normally held in the open air in St Peter’s Square. There is seating at the front for those with tickets and the large square is able to accommodate several thousand people. And as you wait for the Holy Father to arrive you have time to contemplate and admire the spectacular Basilica of St Peter, as you’ll be sitting facing its classical front door. Simply beautiful!

During bad weather and the Winter months, audiences are moved indoors. The Sala Nervi in the Hall of Pope Paul VI is located behind the colonnade to the left of St Peter’s and holds 6,300 faithful, which is considerably fewer than St Peter’s Square. So if you’re planning to attend during the chillier months of the year, make sure you book well in advance to ensure your seat.

What happens at a Papal Audience?

So what is a Papal Audience and what happens during it?

Audiences commence at 10.30am (10am in the hottest summer months) with the arrival of His Holiness in his popemobile. The small buggy drives the Pope slowly along the pathways that criss-cross St Peter’s Square and this is your chance to greet the Pope or be blessed in person by him.

The Pope will often stop to place his hand on a member of the congregation who has caught his eye. This often includes small children or babies offered up by doting parents or a person with serious health issues. And there is also a fun side to Francesco too, so he has occasionally taken part in selfies! Ultimately everyone is welcomed with an open heart, an infectious smile and lots of kissing of babies!

Il Papa then sits down under a large white canapy at the foot of St Peter’s Basilica to preside over the more formal ceremony service.

He addresses the crowd in Italian and other languages welcoming pilgrims from around the globe. And gives a short themed speech, before leading the crowd in prayers.

And then the Pope extends his Apostolic Blessing to everyone present, their relatives at home and those struggling with illness. He also blesses any religious special objects that visitors may have brought with them including rosaries, prayer cards or crucifixes before choir singing closes the audience.

The entire thing lasts around 90 minutes.

As with most churches, there is a respectful dress code for general audiences. If you haven’t followed the dress advice, you risk being refused entry to St Peter’s Square so take note.

Please ensure that shoulders and knees are covered, even for children. Ladies hemlines should fall below the knee and men must be wearing full-length trousers and shirts.

If you turn up wearing shorts, miniskirts, Capri pants, sleeveless shirts, crop tops or see-through blouses you will be turned away.

What to bring and what not to bring

Before you enter St Peter’s Square you will go through a security scanner and have any bags X-rayed, just as you would at the airport. Obviously the process is a lot quicker if you only bring small handbags or little backpacks, so just pack the essentials for the morning.

And similarly to airport security, you will not be allowed to pass into the square if you are carrying sharp objects or weapons. So leave corkscrews, pocketknives, scissors or any other similar objects at the hotel.

On a more positive note, Rome is extremely hot in the Summer, particularly from June through to August so you need to come prepared. That means sunscreen, water and umbrellas or hats for shade. If you do bring umbrellas, however, please put them down during the audience if you can, especially when the Pope is doing his walkabout, so you don’t obstruct the views of other pilgrims who may have travelled half way round the world for this moment!

With over 2 billion Christians around the world it’s no surprise that thousands want to attend an audience with His Holiness every week. The key to getting tickets, whatever the month, is to book well in advance, maybe even months ahead of your visit to ensure success. Visit this website to reserve your tickets and contact Select Italy to plan your trip to Italy.