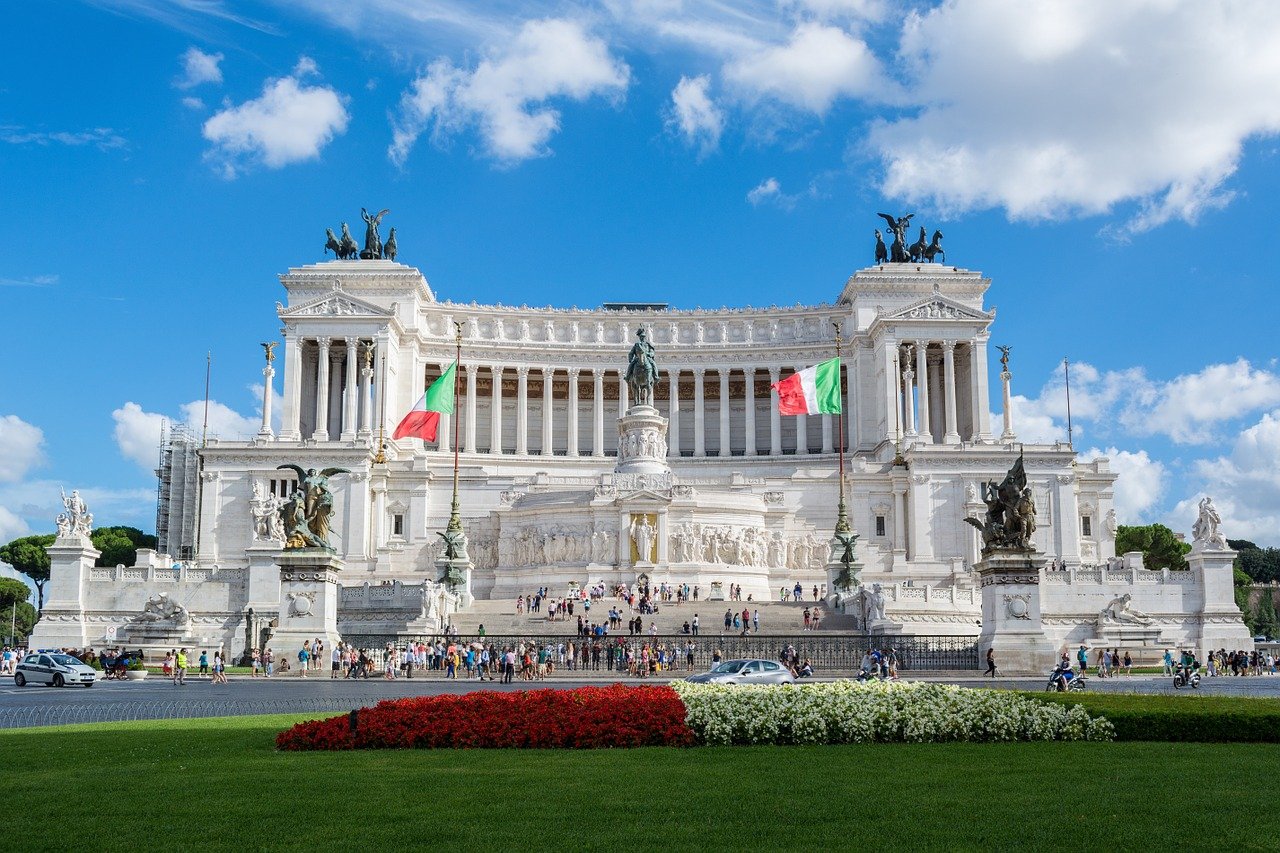 I firmly believe you can live in Rome your entire life, devote most of your time to discover all the amazing historical and artistic spots that it has to offer and still would not be able to know them all. Thus, writing this blog is undoubtedly a hard task. But since time is a real issue when traveling, here are some essential hints you certainly can’t do without during your Vacanze Romane.

There are so many things to get done and organize before your flight to Italy departs! But please, don’t panic: our job is to help you in every aspect of your trip. Our expert staff can help you find the best hotel according to your needs, book a table in a trattoria famous for making your favorite Italian dish, provide you with ‘skip the line’ tickets that will give you access to the most incredible artistic masterpieces on earth, and so much more.

In this article, I will walk you around the must-see sights in the world’s biggest open-air museum, Rome. Sit back, and read carefully: here are the 7 sights you just can’t miss in the Eternal City.

I was a little girl when I was told that if you would admire each painting for just one minute, you’d spend 4 whole years inside this massive museum. Over 5 million people have visited the Vatican Museum and the Sistine Chapel in 2011. I could certainly give you some more impressive numbers, but I will provide you with a quick historical background instead: this museum is a repository for all the artistic works owned by the Popes over the centuries. This huge artistic collection was initiated by Pope Giulio II during the first years of the Sixteenth century and then expanded over time. The Museums represent one of the first few endeavors by a monarch to enrich the culture and knowledge of the population through the public exhibition of their unique artistic objects.

What you should see

1. Raphael Rooms (The School of Athens is overwhelming!)

2. Caravaggio’s Deposition from the Cross

7. And, of course, the Michelangelo’s Sistine Chapel ceiling

– Don’t forget to bring your passport as you might be asked to show it at the entrance!

– Wear proper attire, so not to risk being denied access.

Planning Tip: Once you are out of the Vatican museums, walk on elegant Via della Riconcilizione, the long avenue facing St. Peter’s square. The walk might be a little out of the way, but once you reach the Tiber River, the view of the Church on one side and of Sant’Angelo Castle on the other will be well worth it.

Easily the greatest symbol of the Eternal City, the Anfiteatro Flavio is truly a magic and enigmatic place that dates back to about year 70 AD. What happened within these walls thousands of years ago is hard to imagine, but you will certainly grasp much of it by participating in a guided tour or walking on those brick floors and observing the cages where animals and humans were held before their violent shows. The main arena floor, the high-arched stands and the fascinating underground dungeons will make you travel back to the time when bloody encounters were a big entertaining event: welcome to the Colosseum.

What you did not know

1. The dead gladiators were taken out of the Colosseum through the West Exist, hence the name: Gate of Death

2. This massive construction was built in only 10 years by 60,000 Jewish slaves

3. Over 500,000 people and more than a million wild animals (including giraffes, bears, rhinoceros…) died during the spectacles

4. Gladiators were not just men. Some women also fought in the arena

5. Many kinds of plants grew in the ruins thus making the Colosseum a great destination for botanists

– The Colosseum closes one hour before sunset.

– You can experience the Colosseum by night. You will be guided inside the Colosseum and the Dungeons under the moonlight (please note that the Upper Tiers are not included). This tour is available on Thursdays and Saturdays evenings. I strongly recommend it!

– The Colosseum and Roman Forum are closed on December 25, January 1 and May 1

Planning Tip: do not rush yourself in this splendid historical area of Rome: plan to spend at least half a day in this historical hub. The main sights are just steps away from each other. The Colosseum, the Roman Forum and the Palatine Hill all at once: astonishment guaranteed. 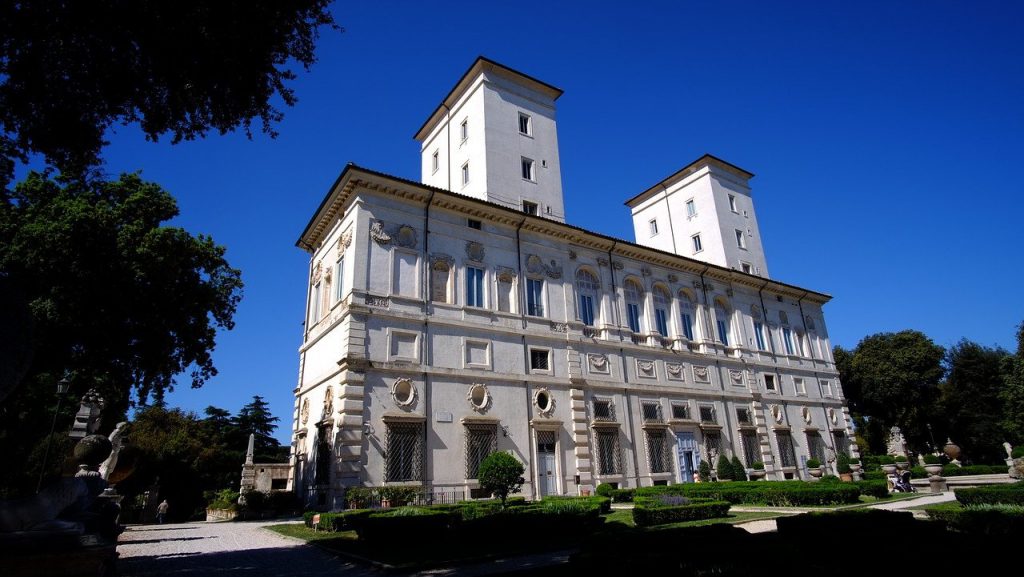 Not too far from the infamous Spanish steps, Galleria Borghese is an art gem. Pope Paul V’s nephew, Cardinal Scipione Borghese, started this art gallery in the Seventeenth Century by collecting works by the best artists of the time. Such artists like Bernini and Caravaggio fascinated Scipione Borghese. His artistic interests are clearly reflected in the masterpieces hosted in the gallery. Over time, the Borghese family kept collecting beautiful artistic pieces that make the Borghese gallery a one-of-a-kind wealth in the heart of Rome.

What you Should See

4. Caravaggio’s Boy with a basket of Fruit

What you Should know

– The Galleria Borghese is not wheelchair accessible

– The Borghese Gallery is closed on Mondays, December 25 and January 1

Planning Tip: you can stay inside the museum for at most 2 hours and reserved entrances are every two hours from 9:00am to 5:00pm. The Spanish steps are a 20 minute walk away from the Galley: you may like to walk from one site to the other while enjoying the beautiful Roman scenery.

Picture this, the first municipal electric plant in Rome, dating back to 1912 with its old machinery and 400 classic roman statues mixed together in the same environment. Well, this is Centrale Montemartini: an extremely captivating bond of artistic elegance and industrial archeology. After Centrale Montemartini stopped functioning as an electric plant 50 years ago, it was abandoned. In 1995, the Campidoglio museums were partially flooded and some of its beautiful classic statues were moved to the Centrale temporarily. However, the combination of industrial architecture and artistic archeology was too beautiful to be taken apart when the Campidoglio was recovered. This is the story of how Centrale Montemartini originated.

What you Should see

– You can enjoy the exhibition “The Machine and the Gods”, named for its juxtaposition of industrial machinery and classic figures

Planning Tip: the Show, “The Machine and the Gods” is accessible Tuesday through Sunday from 9.30am to 7.00pm.

Rome is one of the most historical cities on the globe. With its countless ancient buildings, art, fountains, and monuments, the Eternal City is a city of consequence. We could all be mistaken if we thought that classicism was the only thing to offer. The Museum of Contemporary Art is a modern gem that nicely clashes with the Rome’s intrinsic ancient character. Also called Macro, the Museum of Contemporary Art interestingly re-uses an old brewery and two halls once belonging to two slaughterhouses. Inaugurated in 2002, Macro hosts modern art temporary exhibitions as well as about 600 works by the most important Italian artists of the last few decades: all inserted in a fascinating “industrial archeology” setting. Festivals, cultural and artistic events take place on a regular basis at Macro, which is inevitably becoming one of the main expressions of modernity in the Italian Capital.

What you Should see

Planning Tips: the Ticket office closes 30 minutes before the museum closing time. In addition to the permanent exhibition, the tickets will grant you entrance to any temporary exhibition in the MACRO’s Testaccio annex (Piazza Orazio Giustiniani, 4).

In 2005, archeologists were doing repair work beneath the 16th Century Palazzo Valentini and to their surprise they discovered an unprecedented treasure: two 1700 years old villas and a private thermal bath. Although very fragmented, the archeological remains were considered so exceptional that history, archeology and architecture experts joined forces to masterfully re-create the environment that dates back to the 4th century AD. The sounds, smells and colors of ancient Rome integrate with the already stunning excavations to generate an unforgettable 2-hours experience. The two villas, owned by wealthy citizens of Urbs Romae, are a public display of striking mosaics with vivid decorations. During this virtual tour, you will have a multimedia adventure based on reconstructions, graphics and videos that show in an intriguing way the daily lives of men and women many hundreds of years ago.

What you should see

2. Huge columns made of just a single granite Egyptian block. They are considered to be the biggest found in ancient Rome

3. Exhibition showing how the area of Trajan’s Column appeared during its construction

4. A virtual reconstruction of the column gives you a good idea of Trajan’s military campaigns

– Remains have been strongly enhanced by well-known experts of the field such as Piero Angela, Paco Lanciano and Gaetano Capasso

– The ruins are closed on Tuesdays, December 25th, January 1st and May 1st

Planning Tip: purchase the tickets far in advance! For safety reasons, entrance is limited and this tickets sell out easily! The visit lasts for about 75 minutes.

7. The Mithraeum of the Circus Maximus 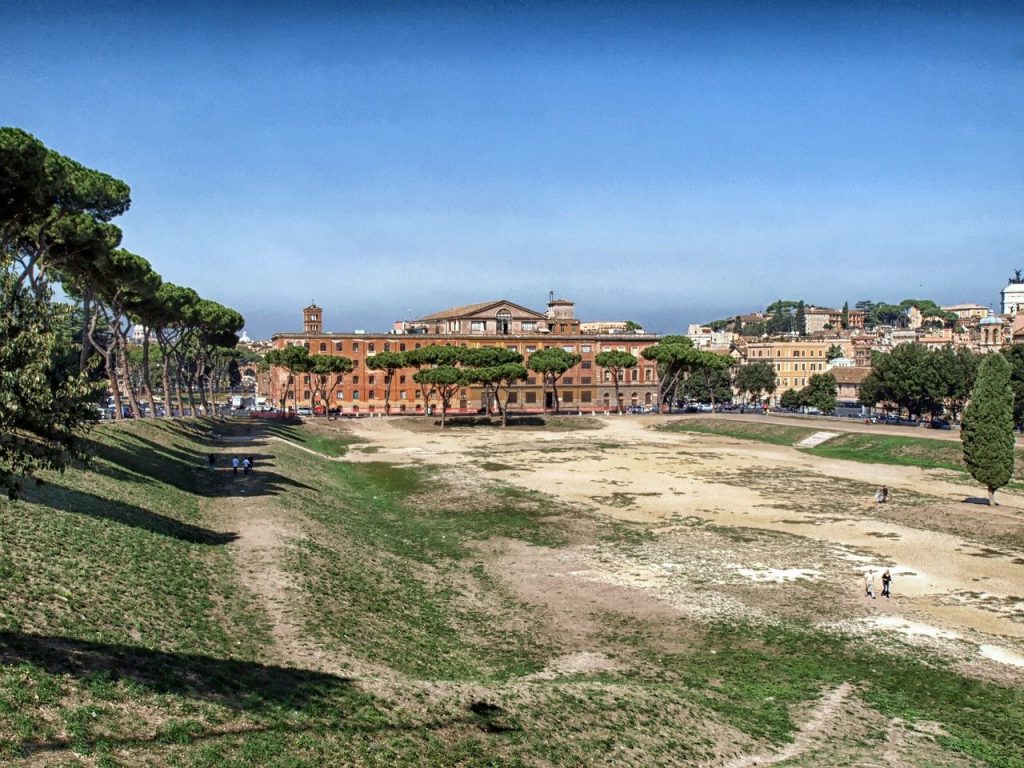 The worship location of the Mithraists has been hiding underneath one of the oldest racetracks, the Circus Maximus, until the 1930’s. This subterranean secret that has been recently revealed and is a true gem in Rome’s underground. This location was dedicated to the cult of Mithras, the main figure of this mysterious religion.

There are not many other ruins derived from this fascinating cult, thus making this pearl beneath the Circus Maximus much more unique.  It includes 5 rooms preserved 45 feet below the ground level. This cult, born in the first century, lasted for a few centuries and was popular with Roman soldiers. It is assumed that the reason it faded away was attributed to the beginnings of Christianity.

Things you should see

2. The organization of the 5 chambers

Things you should know

– While walking during your tour, do not forget that you are actually touching the same bricks, stones, floor as Mithras followers in the first century!

– The rituals that occurred inside the Mithraeum were secret and we do not exactly know what they included. It is supposed that animal sacrifices, ritual meals and secret prayers took place during the worships

Planning Tip: this gorgeous subterranean space is accessible by appointment only.

Share your thoughts and insider tips on Rome museums below!