In the country that gave birth to many of the most famous operas and singers in the world, opera really is part of the Italian psyche. So whether you’re a lifelong fanatic or struggle to tell your Tosca from your Traviata, adding an evening at the opera to your trip is a truly Italian experience. Here are just a few of our favorite places to see the very best opera in Rome. Sit back, relax and prepare to be entertained.

The 5 Best Venues to Experience Opera in Rome 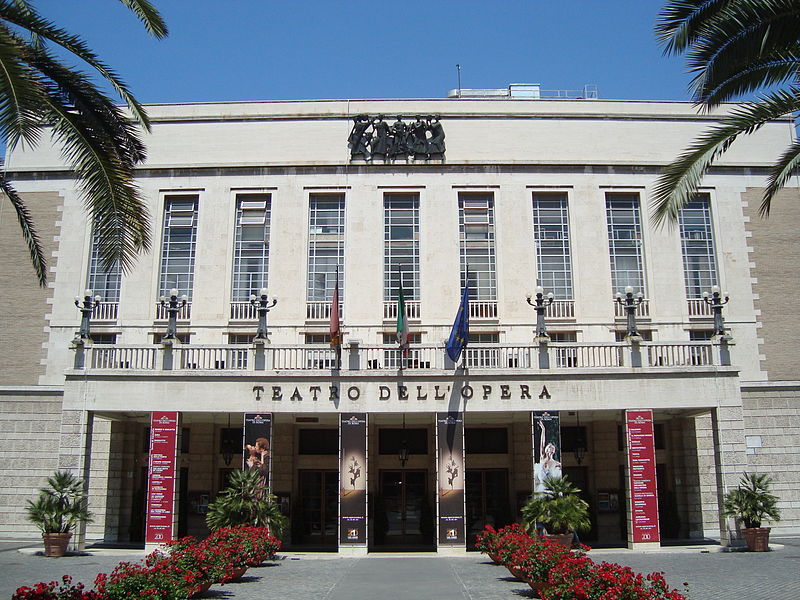 Entrance of the Teatro dell’Opera in Rome (credits: LPLT – Wikicommons)

Since it’s opening in 1880 Rome’s Teatro dell’Opera has staged some of opera’s most magnificent and prestigious performances. From the world premier of Puccini’s Tosca to star performances from Enrico Caruso, Maria Callas and Joan Sutherland, the theater attracts the best musical talent in the world.

And the Teatro dell’Opera is perhaps most recognized for one particular concert; the first performance of The Three Tenors, Jose Carreras, Placido Domingo and the legendary Luciano Pavarotti on 7th July 1990. The trio sang in the ancient Roman Baths of Caracalla, the Teatro’s open-air summer home. Their well-chosen set list, covering several different compositions, would introduce opera to a much wider audience. And the spectacular, spine-tingling and totally unforgettable finale of Nessun Dorma from Puccini’s Turandot would take them and the teatro to stratospheric levels, with the album of the concert going on to become the best-selling classical album of all time.

Today the theater’s sensational summer season encompasses 25 evenings of premiere opera with La Traviata, a new production of Verdi’s Nabucco, The Barber of Seville and personal favorite Madame Butterfly. Our travel experts are on standby to help you to your Teatro dell’Opera seats, guaranteeing a thoroughly unforgettable evening under the stars. 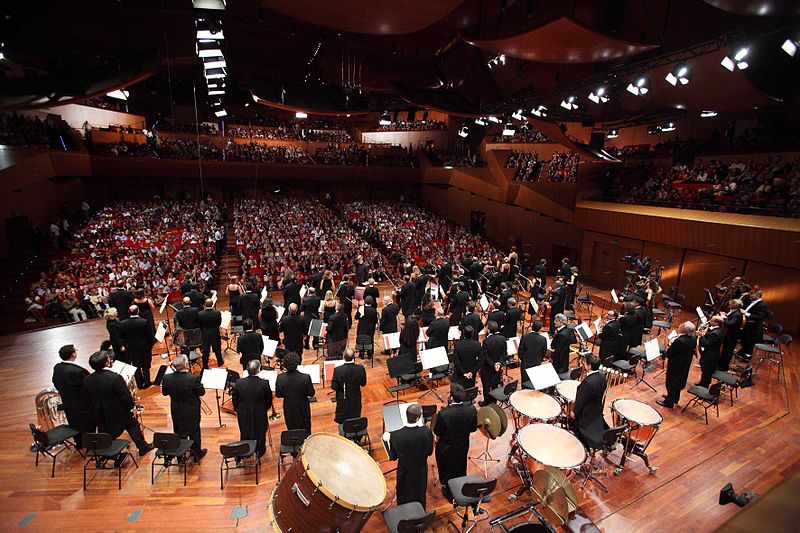 From the ancient Roman baths we move on to the National Academy of St Cecilia, one of the world’s oldest musical institutions. Founded in 1585 by a Papal bull, or charter,  the academy took its name from Saint Cecilia, the patron saint of music. It started out as a conservatory for local musicians and composers and, thanks to the patronage of successive Popes, grew into an internationally acclaimed musical academy.

Today the Academy is headquartered in the state-of-the-art Parco della Musica in the city center. Designed by renowned architect Renzo Piano, the park is composed of 4 separate venues. From an outdoor amphitheater, to 3 brand new concert halls, the largest of which is the Sala Santa Cecilia, all add a distinctly different dimension to the operatic experience. And thanks to its long illustrious history the academy attracts some of the best contemporary artists, musicians and operas.

This summer the grand Sala Santa Cecilia will be hosting performances of Amadeus Mozart’s comic masterpiece, Così fan tutte. With words by Lorenzo Da Ponte and a title usually translated as “Women are like that,” the opera follows 6 characters, two pairs of lovers, a philosopher friend of the four and a maidservant. Comedy ensues when attempts to test the women’s faithfulness lead to disguises, deception and seduction. But don’t worry, we can help you with tickets to Così fan tutte to find out how ends! 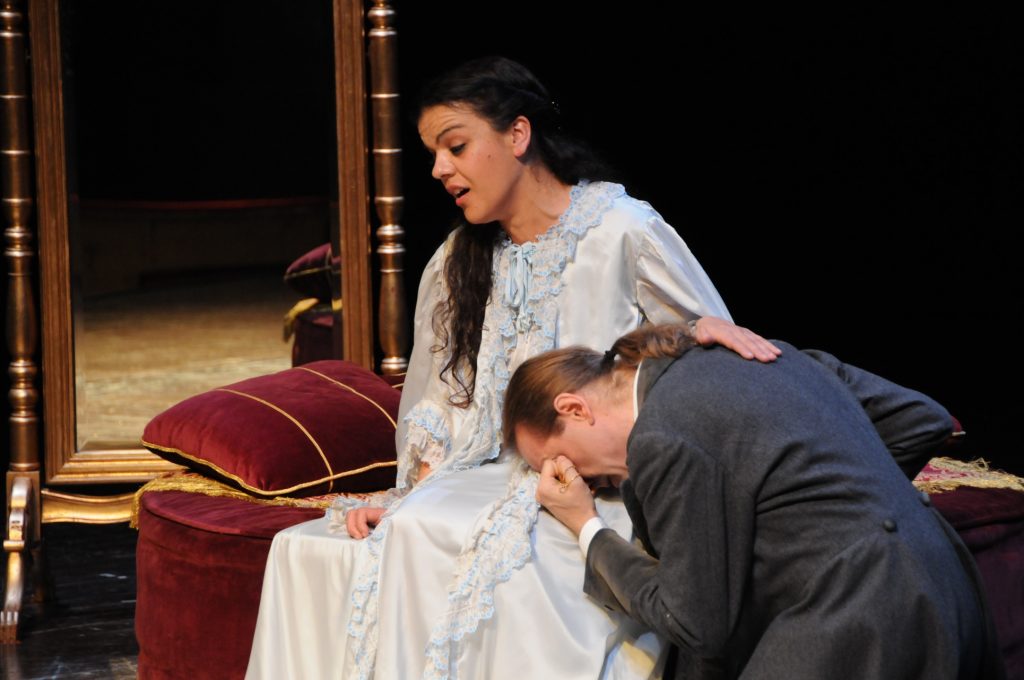 I virtuosi dell’opera di Roma, literally the opera prodigies of Rome, formed as an operatic group in 1998 with the sole aim of reviving and performing the best lyrical opera available. And their main home, the Salone Margherita Theater, makes this an unforgettable evening.

The Salone first opened in the heart of Rome, close to the Spanish Steps, in 1898 as the Café Chantant, a place where people could meet, drink and dine before watching a concert or show. The name was a direct homage to Margherita of Savoia, the first wife of Italy’s King Umberto and also – fun fact – the inspiration for the Margherita pizza whose tomatoes, basil and cheese represent the Italian flag!

The Salone’s upstairs boxes double as personal dining rooms for spectators before the opera. And today, over 100 years since it opened, you can book a 5-course meal in one of the private boxes, choosing from a menu designed especially for each opera. Dinner and a concert all in your own private room – how’s that for a uniquely romantic way to experience opera in Rome?

Alternatively you can also enjoy an intimate candlelit evening of enchanting arias at the group’s second home, the Church of St Paul Within the Walls, close to the Piazza della Repubblica. The evening includes some of the most acclaimed songs from legendary composers such as Verdi, Puccini, Mozart and Rossini giving you a wonderful introduction to the world of opera in Rome. It’s a fantastic addition to your visit and a truly Italian experience to treasure as the virtuosi bring the past alive.

Our last suggestion is a bit different as rather than being based in one place, the Opera Omnia group is a roving ensemble taking opera out into Rome and using some of the city’s most spectacular locations as backdrops for their operatic evenings.

From the sumptuous baroque Galleria Doria Pamphilj to the Gothic skull-clad Capuchin crypt of the Church of Santa Maria Immacolata. Or the fabulous marble-lined halls of Palazzo Barberini housing one of the most important painting collections in Italy to the glorious 17th century Church of Sant’Agnese in Agone in Piazza Navona, the Opera Omnia pick the best settings for their music.

Why not add an absolutely enthralling evening to your trip with the group’s “Sounds and visions of Caravaggio” performance in the Doria Pamphilj Palace. On arrival, you’ll be greeted and given a fantastic private tour of the gallery exploring the almost unrivaled art collection. Not only will you see Caravaggio’s famous “chiaroscuro” light and dark techniques in his paintings but you can also admire works by art giants including Tiziano, Raffaello, Bernini and Valazquez to name just a few.

For many, private access to the gallery is a treat in itself but the evening is topped off with a short recital from Opera Omnia in the Sala del Trono or Throne Room. And the music is played on instruments from Caravaggio’s days, many of which are also visible in his artwork. So whether you’re an art lover or an opera lover or both, this is a simply heavenly evening!

5) Opera Omnia at the Capuchin Crypt 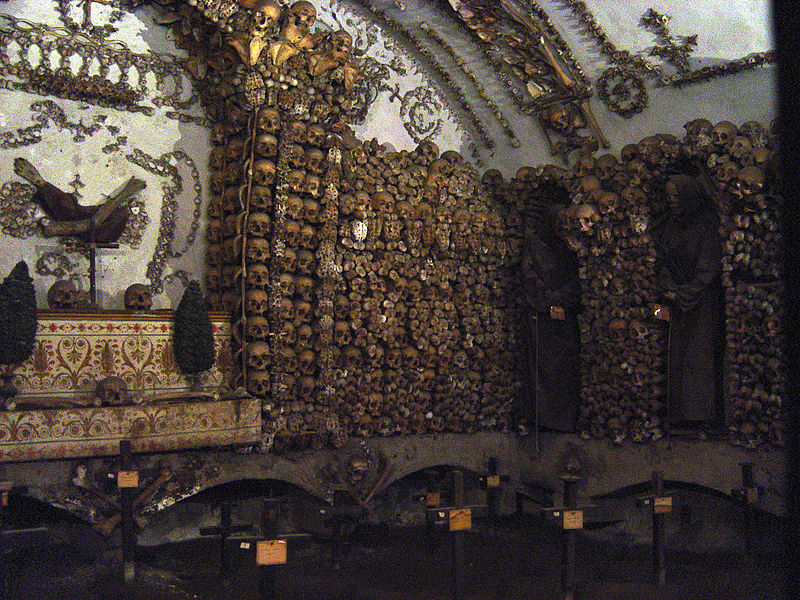 And finally, if you have a taste for the alternative, or fancy an absolutely unique evening of opera in Rome, why not check out the group’s “Music, art and mystery” evening in the absolutely fascinating Capuchin Crypt. Decorated with the skulls and bones of over 4000 friars, the Church of Santa Maria Immacolata’s crypt is startling to say the least. But if you can see past the macabre, it is the perfect place for an exceptional evening of music.

And as befits the unique location, the evening ranges from Gregorian chants to ancient Occidental music to Roman polyphony, a multi-layered style of singing linked to Papal Rome. All the artistry of Italian music wrapped up in the most singular spot of the Eternal City for a totally immersive evening. Perfetto!

Italy is synonymous with many things from the church, to ancient history, art and sculpture but there can be few better ways to pass an evening than with a night at the opera in Rome. There are plenty of venues to choose from too. From galleries to crypts, from salones to palaces, all adding a special atmosphere and sumptuous surroundings. If you have any favorites that we’ve missed please make sure to leave us a comment so we can add them to our list. And in the meantime, don’t forget to ask our lovely travel consultants to check out what’s on when you’re visiting so you can top off an unforgettable vacation with an extraordinary night at the opera in Rome. Sit back and let the music take you!

Going to Florence? Get Your Pitti Palace Tickets

You should not leave Florence before you have seen Palazzo Pitti, the city’s largest museum complex, housing many important collections...