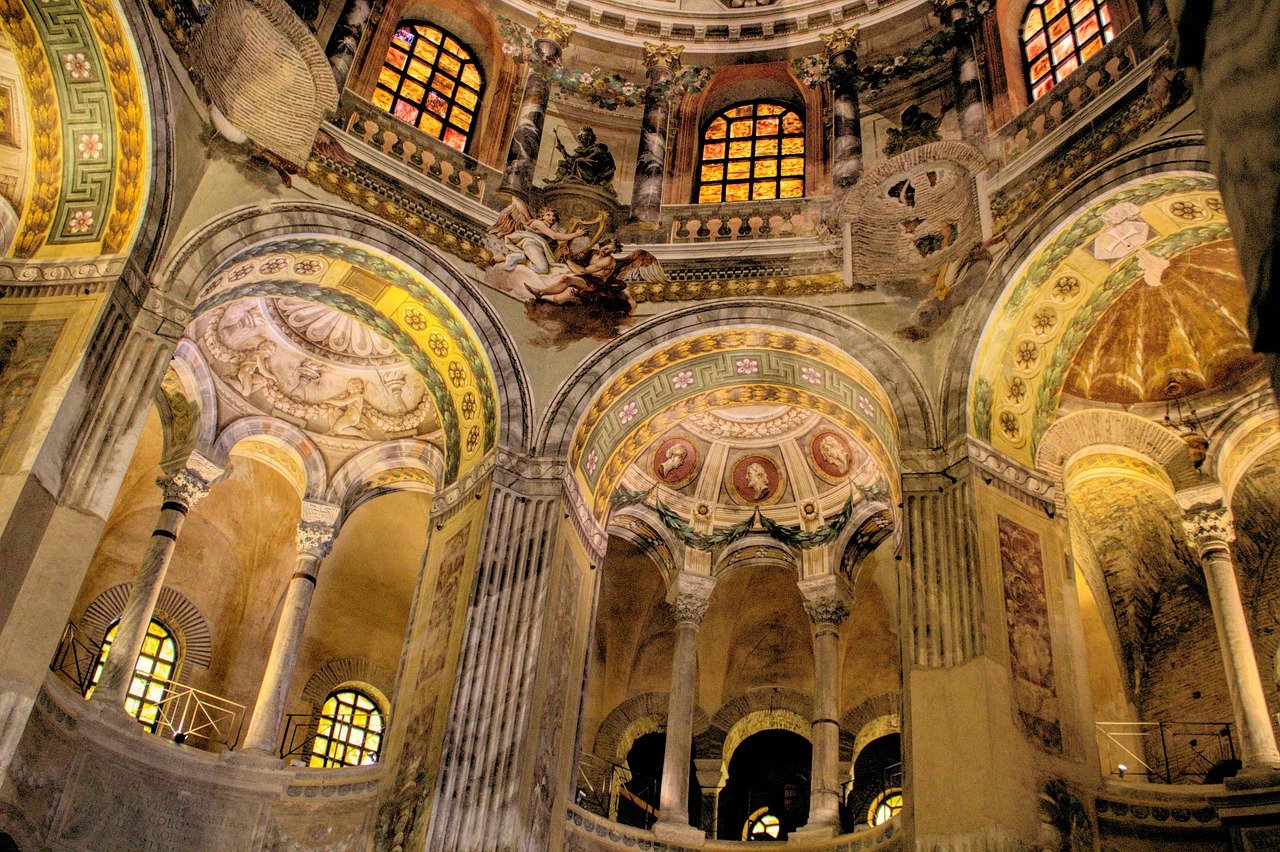 Call them the “Little Three”…three cities in Italy that are far less famous then Rome, Venice and Florence yet no less charming. Ravenna, Ferrara and Modena are certainly three must-see places in Italy because of their great cultural significance – which is what earned all three a place on UNESCO’s prestigious World Heritage List.

Not glamorous, but certifiably beautiful: that’s Ravenna, the historic city that was the 5th century seat of the Roman Empire and then central to Byzantine Italy until the 8th century. Its early Christian mosaics and monuments are inscribed on UNESCO’s World Heritage list. The eight buildings on the list are the Mausoleum of Galla Placidia, the Neonian Baptistery, the Basilica of Sant’Apollinare Nuovo, the Arian Baptistery, the Archiepiscopal Chapel, the Mausoleum of Theodoric, the Church of San Vitale and the Basilica of Sant’Apollinare in Classe, and were constructed in the 5th and 6th centuries. Furthermore, they show great artistic skill, including a wonderful blend of Greco-Roman tradition, Christian iconography and oriental and Western styles.

According to UNESCO, Ravenna’s early Christian religious monuments are of outstanding significance by virtue of the supreme artistry of the mosaic art that they contain, and also because of the crucial evidence that they provide of artistic and religious relationships and contacts at an important period of Italian and European cultural history. Ravenna, in other words, is a must.

Why is Ferrara a must-see city? According to UNESCO, Ferrara “grew up around a ford over the River Po and became an intellectual and artistic center that attracted the greatest minds of the Italian Renaissance in the 15th and 16th centuries. Here, Piero della Francesca, Jacopo Bellini and Andrea Mantegna decorated the palaces of the House of Este. The humanist concept of the ‘ideal city’ came to life here in the neighborhoods built from 1492 onwards by Biagio Rossetti according to the new principles of perspective. The completion of this project marked the birth of modern town planning and influenced its subsequent development.”

Ferrara is exceptionally unique on some very fundamental levels. Did you know that among the most culturally important Italian cities, its the only one that is not derived from an ancient Roman layout? (sorry, Caesar!). It’s true. As its World Heritage List description states, “It did not develop from a central area but rather on a linear axis, along the banks of the Po River, with longitudinal streets and many cross streets around which the medieval city was organized. The most significant characteristic of Ferrara’s urban history rests on the fact that it developed from the 14th century onwards and, for the first time in Europe, on the basis of planning regulations that are in use nowadays in all modern towns. This type of development is known as addizione; the third phase was implemented in 1492, making Ferrara the only planned Renaissance town to have been completed.” The street network and the enclosing walls are closely linked with the palaces, the churches, and the gardens, many of which can be visited today.

True, Modena is pretty hopping thanks to the opening of the Enzo Ferrari House Museum. But oh, there’s more – this is Italy, remember? The town’s cathedral, Piazza Grande and Torre Civica are all inscribed on UNESCO’s World Heritage List. Why? Because “the magnificent 12th-century cathedral, the work of two great artists (Lanfranco and Wiligelmus), is a supreme example of early Romanesque art, and with its piazza and soaring tower, it testifies to the faith of its builders and the power of the Canossa dynasty who commissioned it.” Medieval masterworks as fresh today as they were in the 12th century – that’s very must-see Italy.

Have you ever been to Ravenna, Ferrara or Modena? What are others must-see places in Italy according to your experience? Let us know, leave a comment below!