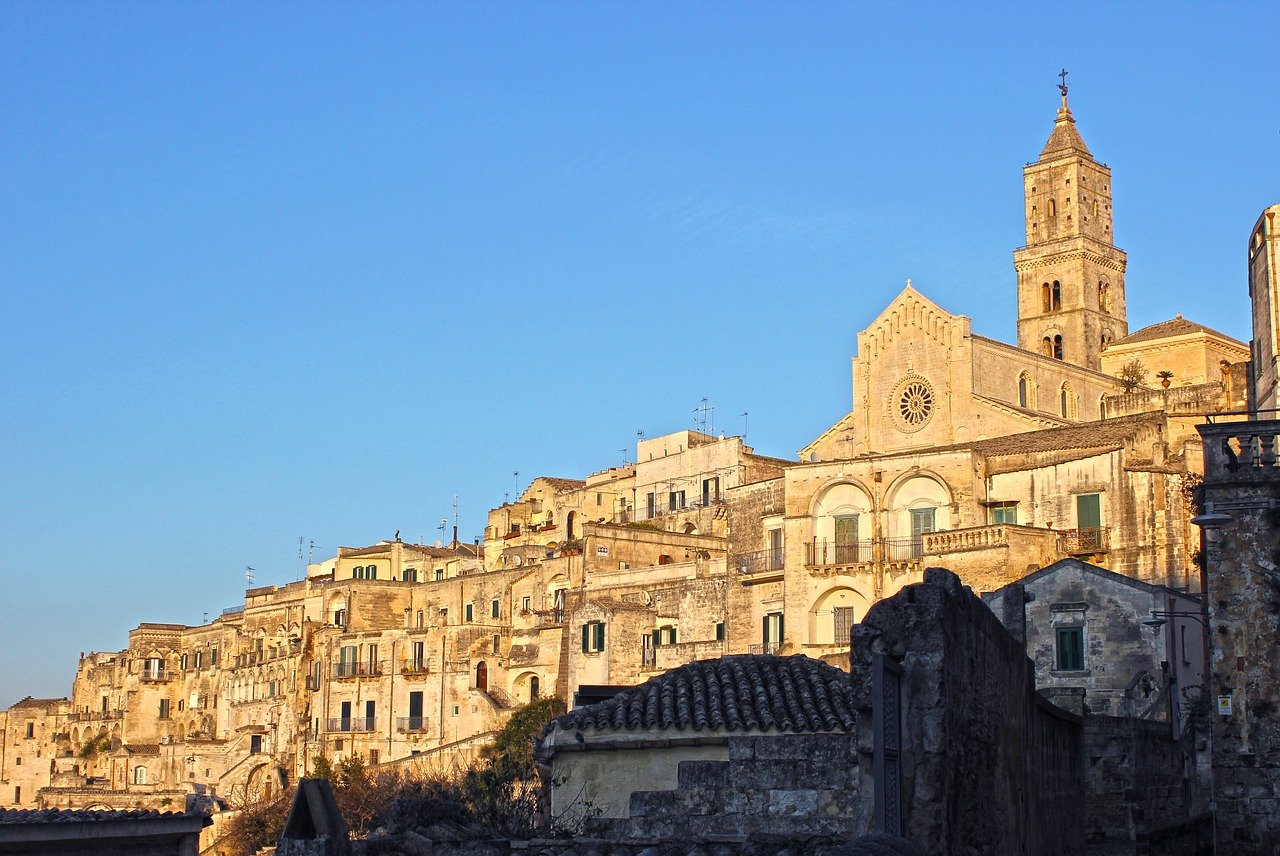 Move over Rome and Venice…here’s comes Basilicata! We’ve recently watched an explosive interest in Italy’s southern region with a history of 11,000 years, and want to give you the full profile on Italy’s newest popular place to visit. Read below to begin your discovering of the enchanting Basilicata.

Basilicata spans a total of 3860 sq miles, located at the “insole” of Italy’s boot, between Puglia to the east, Campania to the west, and Calabria to the south. Its population of approximately 600,000 people resides in the two provinces, Matera and Potenza, with the capital in Potenza. The western part of Basilicata is traditionally known as Lucania, named in ancient times for the Lucani population meaning “white,” “wolf,” or “sacred wood.” The name Basilicata, from basilikos, meaning “imperial,” was given by the Byzantines in the sixth century A.D.

Basilicata boasts one of the most ancient histories on the Italian peninsula, with archaeological sites of homo erectus dating back to the Paleolithic age and preserved rock paintings near Filino from the Mesolithic age. In ancient and modern history, the region has survived under the rules of the Greeks, Romans, Germans, Byzantines, Saracens, Muslim, Normans, Kingdom of Naples, Kingdom of Sicily, and, finally, the country of Italy. This extensive exposure to several cultures has cultivated a rich culture and proud, tightly-knit population who remained relatively agrarian and poor until recent years, when its potential was recognized by tourists and industrial entrepreneurs alike.

The region’s history of poverty has contributed greatly to its cuisine, which has gained significant recognition in the past few years. Artisan Luganega sausages, fresh pasta made from water, salt and flour (omitting the usual eggs present in the rest of Italy’s pasta), and the abundant use of seasonal vegetables and legumes are prominent in the cuisine. It could be said that the strength of the cuisine is its simplicity and ability to highlight local flavors with few ingredients to create a dish unmatched by some of the finest cuisines in the world.

Have you ever been to Basilicata? Share your experience with us!