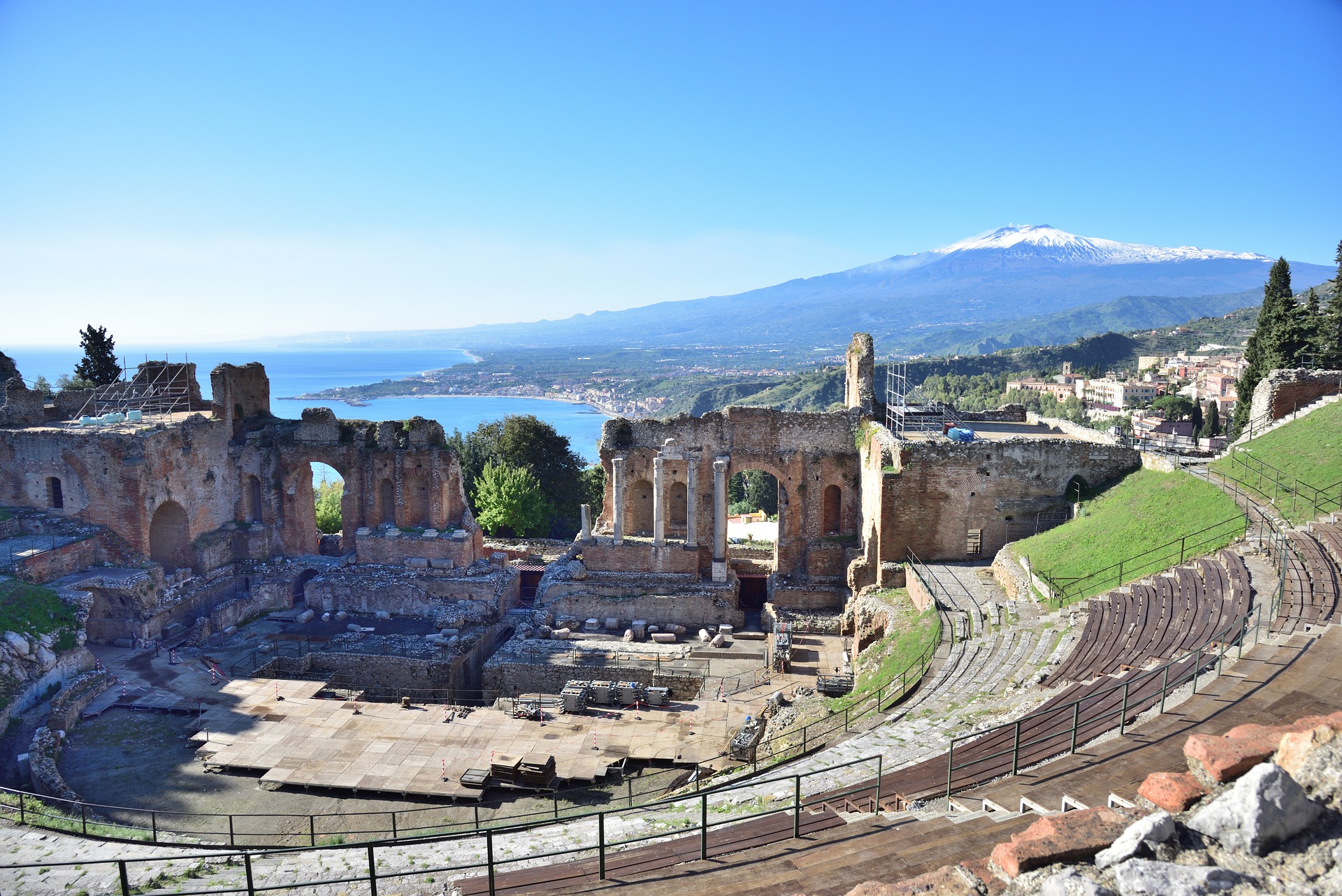 “Without Sicily, Italy leaves no image in the soul. Sicily is the key to everything.” That’s what Goethe wrote in 1787 in his Italian Journey, to describe what is, after all, the largest of Italy’s 20 official regions. Of course, no one who has ever been to Sicily leaves without at least a little Sicily-envy, and there are so many reasons why, from sunny southern weather and multi-colored beaches to layer upon layer of history to fantastic seafood and more. The attractions of this triangular-shaped island are almost too numerous to mention, but what are the top ten? Let’s have  a look:

1) Agrigento and the Valley of the Temples: Agrigento is a city in southern Sicily that was founded by Greeks in the fifth century BC and under Roman control by 210 BC. Just south of the modern city are a number of ancient temples made of tufa and facing east so that all the statues would be illuminated by the rising sun. You can visit the temples of Concordia, Hercules, Demeter and Jove.

3) Erice is the kind of medieval town straight out of a Twilight movie or romantic European dream. This somber hill town overlooking the much larger Trapani (and linked to it by cable car) was named after the ancient Greek hero Eryx. While the town is largely intact, you can see ruins of ancient Elymian and Phoenician walls as well as a Saracen castle.

4) Aeolian Islands: The unique geology, topography and history of the Aeolian Islands, which number seven, have earned them all a place on UNESCO’s World Heritage List. The archipelago is located north of the main island of Sicily.  Of the seven sister islands, most famous are volcanic Stromboli and Vulcano.

5) Taormina: Famous for its spectacular cliffside setting and evocative ancient Greco-Roman amphitheater, sophisticated Taormina has seduced travelers for centuries. This is the kind of place to unwind, at a luxury hotel like the Grand Hotel Timeo, and savor la dolce vita.

6) Segesta: Located in Trapani province, the temple of Segesta is one of the most evocative in the Mediterranean region. It’s a secluded Doric temple never completed because the Carthaginians took over in 409 BC. But it’s still remarkably intact, like a Parthenon in the wilds.

7) Syracuse: Don’t leave Sicily without a sojourn in Siracusa.  Ancient Syracuse was founded by Greek colonists who arrived from Corinth in the 8th century BC. The heart of the old city is Ortygia by Greeks from Corinth in the 8th century BC, and is the most interesting part of the town to visit. Cicero called Siracusa “the greatest Greek city and the most beautiful of all.” Today the fifth-century BC Temple of Athena lives on as part of a more recent cathedral, and romantic spots like the Fountain of Arethusa beckon.

8) Monreale: This dramatically situated town on the outskirts of Palermo is home to the famous Duomo, which was commissioned by King William II and houses the tomb of William I of Sicily.  Built in the twelfth century, it is one of the most magnificent cathedrals in Italy.

9) Baroque Towns of the Val di Noto: According to UNESCO, The eight towns in southeastern Sicily of Caltagirone, Militello Val di Catania, Catania, Modica, Noto, Palazzolo, Ragusa and Scicli, “were all rebuilt after 1693 on or beside towns existing at the time of the earthquake which took place in that year. They represent a considerable collective undertaking, successfully carried out at a high level of architectural and artistic achievement. Keeping within the late Baroque style of the day, they also depict distinctive innovations in town planning and urban building.”  A visit to Sicily’s southeastern Baroque is a “must” of any trip to the island.

10) Mount Etna is the biggest active volcano in Europe, towering 10,922 feet over the island of Sicily and erupting pretty much whenever she wants to. Etna is a wild thing but don’t worry too much about her fiery temper as it is under close 24-hour surveillance. A guided excursion along the mammoth volcano’s fertile slopes is the highlight of any Sicilian adventure.

Have a favorite Sicilian sight of your own? Let us know!