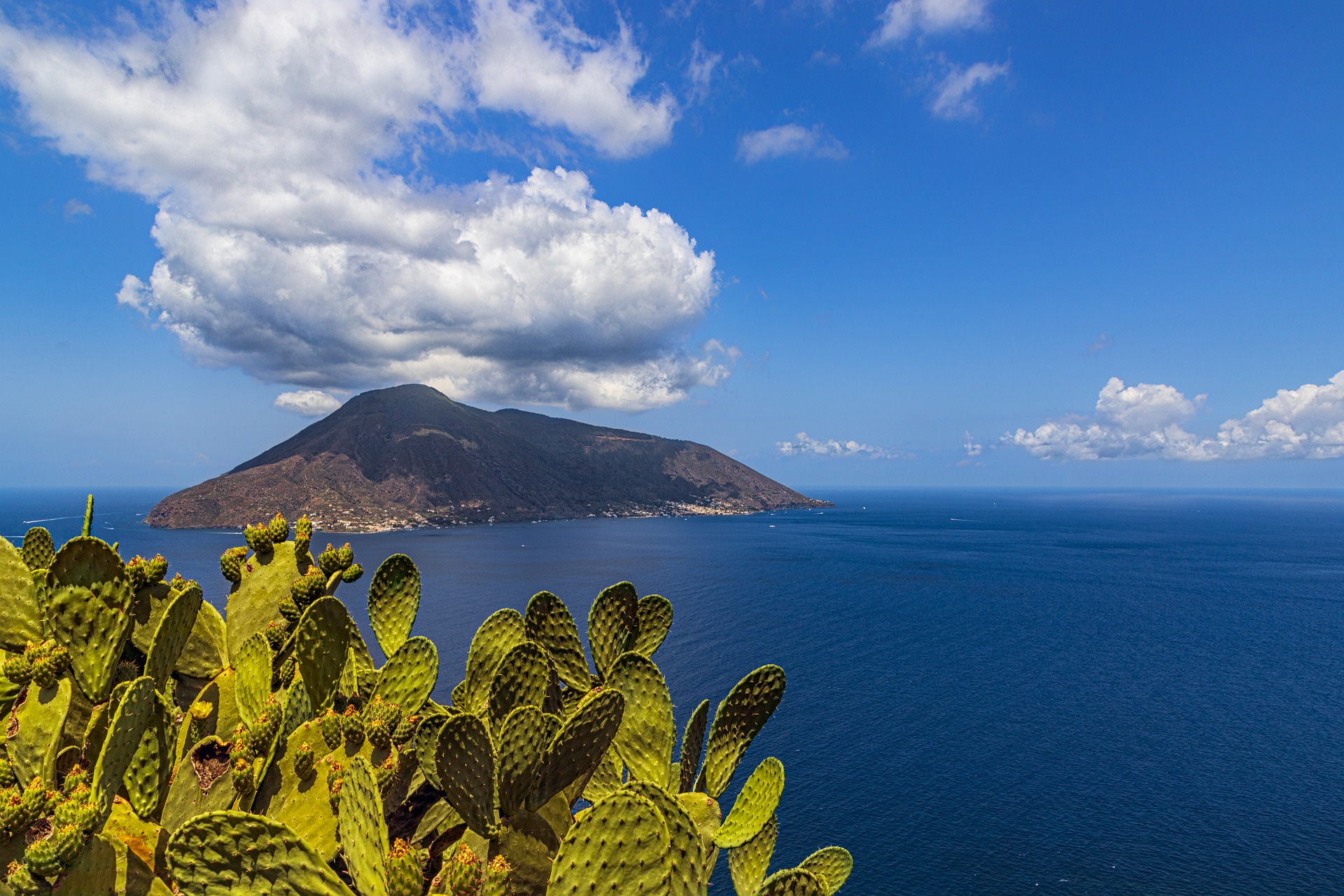 Everyone from Roman emperors to honeymooners to modern day adventurers of all ages have made journeys to Italy’s magical islands. The jewel-like archipelagos on all sides of the Italian coasts beckon with history, intoxicating views and unique culinary traditions. (For example, did you know that the Aeolian Islands, near Sicily, are one of the world’s top sources of capers?)  Naturally, those traditions extend to the nectar of the gods –  wine – and there’s hardly a better pairing than one that links an island escape to a great island wine that you can enjoy while traveling and back at home, too. Here’s a glance at six Italian islands,  of differing shapes and sizes, but all producing delectable wines you won’t find anywhere else in the world:

This fantastic resort island in the province of Naples, and easy to get to from that city, was said to be first populated by monkeys and later by Etruscans, Phoenicians and others. Volcanic in origin, Ischia’s soil has produced wines of renown since the 16th century. Look for DOC Bianco, Bianco Spumante, Rosso, Biancolella, Forastera, and Piedirosso wines.

Ravishing Capri, once the island lair of wild boars, a resort island and political powerhouse under the Roman emperor Tiberius and now a fixture for the international jet set, is in many senses a dream island come true. Cascading cliffs, the famous Blue Grotto, fabulous classic hotels, the ruins of the ancient Roman Villa Jovis, and more. For a sweet souvenir of your island sojourn, buy a bottle or two of Bianco or Rosso, made from grapes that grow on terraces cut into the slopes that unwind right down to the sea.

“Able was I ere I saw Elba,” Napoleon is said to have once said. The French emperor was tempted by the fruits of the Elba vines, and why not? The various wines made on this island off the coast of Tuscany include Bianco Spumante, Rosso Riserva, Rosato, Aleatico, Ansonica, Moscato Bianco, Vin Santo and Vin Santo Occhio di Pernice varieties.

Coins have been found in the Aeolian Islands with the figure of a hero offering a cup full of wine to Zeus.  The rich volcanic soil of Salina, one of the seven splendid Aeolian Islands which are located just north of Sicily, is fertile ground for Malvasia grapes. These golden-yellow beauties produce sweet Malvasia dessert wine, and it’s one of the tangiest treats you’ll ever taste. Buy a bottle or two of Malvasia in Salina or on the neighboring island of Lipari.

Sicily is an island so large that it comprises one of Italy’s 20 official regions, and we all know what that means: a very ancient winemaking tradition – it predates the 7th century B.C. – and a staggering variety of toothsome wines. Who could resist the ruby-red Nero d’Avola, Sicily’s signature grape? Eighty percent of Sicily is mountainous, and much of the soil volcanic. Experience luscious wines produced in the foothills of Mount Etna, made fertile by volcanic ash.

Part of the province of Trapani, the tiny but fascinating island of Pantelleria is known not only for its archaeological legacy of ancient Mediterranean settlements but also for its robust wines made from locally-harvested Zibibbo grapes. These are the Moscato Naturale and amber-hued Passito.

Have a favorite Italian island wine? Tell us!