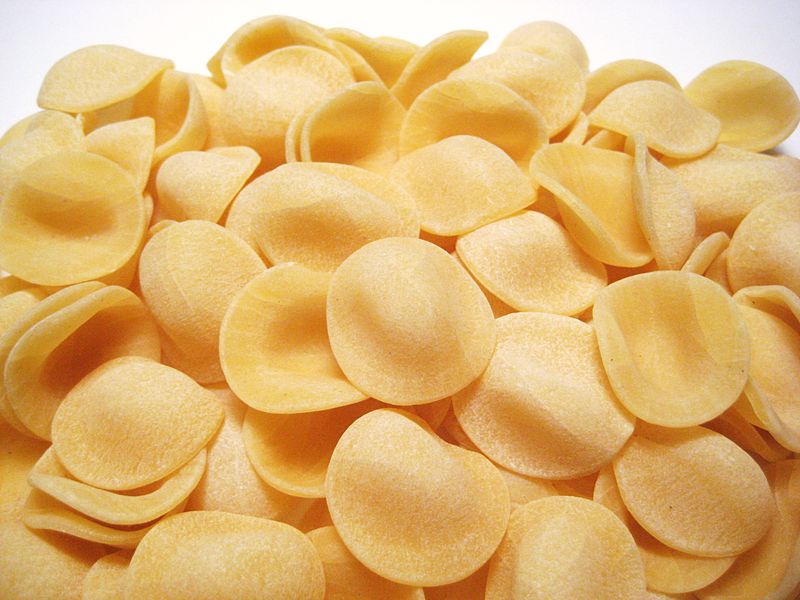 When a menu is placed in front of you in Italy can you tell the difference between “cavatelli” or “paccheri”? An Italian can. Italians are very picky on what pasta goes with what sauce, and insist that each pasta has to have a story to tell.

Present-day pasta tradition in Italy dates back to the early second millennium when it was hand-made by women in Sicily. This delicious simple Italian staple food is made from unleavened dough of durum wheat flour mixed with water and then molded to the desired shape. Today at the stores you can find pasta made out of many different cereals (rice, farro or whole wheat) and also of difference kinds for example dried (secca), fresh (fresca) or Egg pasta (all’uovo). There are also more than 500 different types of pasta eaten in Italy and today we are going to delve into the stories behind a few of them.

Sit back, taste, and enjoy these fun facts and recipes of our favorite short pastas…

This pasta has several different names depending on the dialect : cavadeel, gavateel, cavatelli. Let’s just say that cavatelli are the “rock stars” of the dry pasta world of southern Italy.

There is a legend surrounding cavatelli about a bride to be who had her thumb inspected by her future mother-in law. Do you want to know why? Because if the finger looked well-used and somewhat worn, it was the tell-tale sign that she knew how to make cavatelli and this would maker her a great match. Talk about pressure!

For those of you who want to try this at home, try this easy recipe: Cavatelli with Tomatoes and Marzotica Ricotta.

This pasta mainly hails from Emilia Romagna and Tuscany, which include two famous destinations you can’t afford to miss, Bologna and Florence.

One of the most famous stories surrounding this pasta is about a gluttonous priest who was so enchanted by the savory pasta that he ate too quickly and choked himself to death. This story was told especially in Romagna were there was a hateful attitude towards clergy.

A second story involves the “azdora” (“housewife” in the Romagna’s dialect), who “chokes” the dough strips to make the strozzapreti: the “azdora” could express such a rage that she could even strangle a priest!

This pasta is delicious with fresh tomato sauce and pancetta.

A pasta that you don’t see around much, but originated in Liguria along the border with France during the middle ages is Croxetti, which was traditionally made by hand for aristocratic families as a display of their wealth and status. Today you won’t find the shape much but there is a small production of it near Genoa. It’s usually used for weddings or a special event, so it might be hard finding it on your store shelf or even at the mega-Italian superstore, Eataly.

A typical recipe with this pasta is Croxetti with white sauce.

This pasta is well known in the south where many dishes are made with fish. Fish fit to perfection with it since the chunky fish sauce will fill up the large hole, giving you a satisfying bite of the combined sauce and pasta: don’t waste any time buying seafood and tomatoes to make a delicious pasta sauce.

Legend has it that the paccheri shape was invented as a way to smuggle garlic cloves in each piece. Italian farmers, being very patriotic, thought no garlic had the same taste as the one from their own land and when the Prussian government banned the trade of the cloves they would smuggle it inside the pasta to make sure to have only the best.

This story still rings true today: how many Italians and Italian visitors still leave their country wanting to bring back olive oil, pasta and cured meat?

This pasta comes from Apulia, a region of Southern Italy very famous for the trulli, or old stone houses with a conical roof built without mortar. (Want to witness these peculiar houses? The town of Alberobello has so many trulli that it has been inscribed on the UNESCO World Heritage List!). Inside these houses, Pugliese women made orecchiette, which simply means “little ears” and which goes excellently with vegetable sauce.

Now do you feel ready to be the pasta connoisseur at your next dinner party? Stay tuned for more shapes and tell us which kind of pastas you are curious to learn more about!