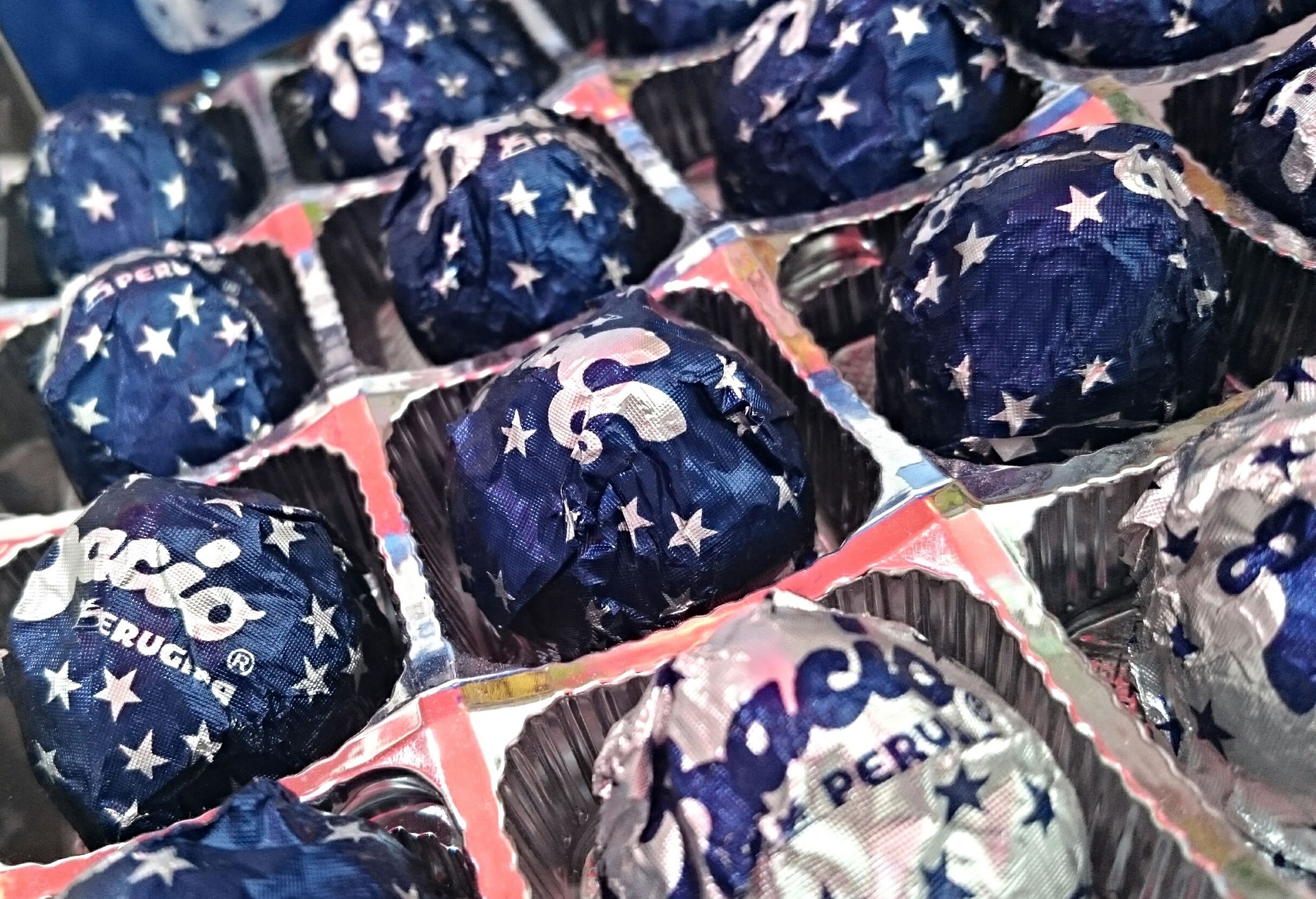 Let’s talk about that sweet, tooth-tickling treat no man can resist: candy! Italian dolci are among the world’s tastiest and best. Zanier things have been done than planning entire itineraries around chocolate and other sweets, and when you consider the scenic and historic settings for the making of some of the finest Italian candies, it’s no surprise. A little chocolate, a little zucchero (sugar) and a lot of fine craftsmanship in the best Italian tradition, and you’ve got some places in the bel paese that you’ll be sweet to visit before you can even say “Candy Capital.” So, here are six of them.

The capital of Italy’s hilly, wooded Umbria region is known for its Renaissance art treasures, its annual summer jazz festival – and its chocolate. The city’s official symbol is the griffon but it is perhaps best known as home base of the Baci, little “kisses” of chocolate with hazelnut and chocolate filling, with a little love note to boot. There’s also a white chocolate variation on the classic dark chocolate baci.

Torino, or Turin, is the capital of Italy’s Piedmont region and a major cultural and commercial powerhouse in Italy. It was actually the first capital city of modern Italy. Torino has architecture from ancient Roman to Art Nouveau, it has the Shroud of Turin, but most – or at least, sweetest – of all, it has great chocolate. The iconic treat of the city is the Gianduiotto, a tasty chocolate candy made from a paste of cocoa, sugar and ground hazelnuts, and usually wrapped in gold or silver foil.

The elongated triangular shape is derived from the gianduja, a mask used in commedia dell’arte. And it’s something you’ll want to sink your teeth into on an as-frequent-as-possible basis. Torino is a focal point of proud culinary traditions and several of Italy’s best chocolate makers are based there, including Venchi, Caffarel and Streglio.

Sicily’s sweeter side is always on colorful display in Palermo, famous for its frutta alla Martorana marzipan which is fashioned into brightly colored, life-like food forms: figs and cherries and berries to be sure, but also clams, spaghetti and even fried eggs. This old-fashioned, high-concept marzipan was originally created by local nuns at La Martorena, and today you’ll find it in just about any pastry shop in and around Palermo.

This town in the Piedmont  is home to Ferrero, the company founded in 1942 that brought the world such sweet essentials as Nutella and (in 1969) the Tic Tac. According to Ferrero, “from the signature rattle and flip top opening to feeling the small, oval pellets on your tongue, enjoying a Tic Tac is a uniquely sensual experience.” It is a simple treat, true, but one of legends: there was the story of the girl in England who could eat nothing but Tic Tacs, and the claim by some that a package of Tic Tacs might have done a better job at being President than George Bush.

Perhaps the serene, hilly setting of Alba helps foster innovation. Ferrero also produces such on-the-go delicacies as Pocket Coffee – dark chocolate with a liquid espresso center – and the latest offering, instant ice cream in flavors ranging from lemon to cappuccino, but all with a common denominator of “yum.”

True, you won’t find Chocolate Valley on any official map of Italy, but still, there is some seriously seductive chocolate being made in this nook of Tuscany. It was the Italian food and wine magazine Gambero Rosso that christened this region some 40 miles west of Florence and nearby the River Arno (not far from Pisa) the Chocolate Valley, and with good reason: some of Italy’s leading chocolatiers have set up shop here. These include  Roberto Catinari, Luca Mannori, Paul de Bondt, and Amadei.  The latter, based near Pontedera, makes chocolate so divine that many top chefs claim it is the world’s best.

This ancient town in southern Sicily was rebuilt as a Baroque showcase after a major earthquake in 1693. Superior quality chocolate has been a specialty of Modica since the 16th century when the Spanish, returning from the New World, introduced the Aztec tradition of chocolate production to the area, then a feudal state. Handcrafted Modica chocolate is intensely flavored and has a unique granular texture due to the lower quantity of cocoa butter. Traditionally it’s produced in a variety of flavors including vanilla and cinnamon.