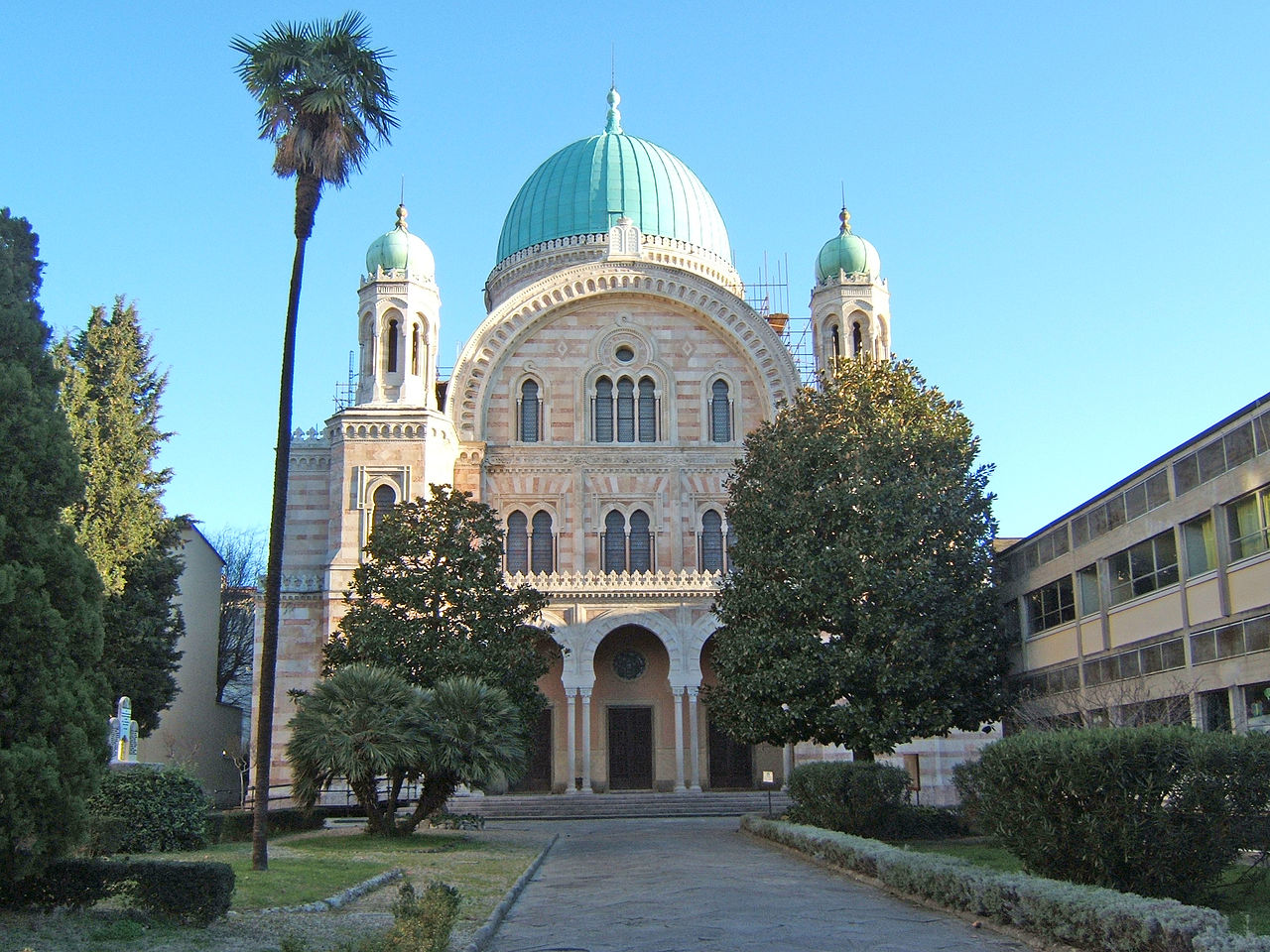 Known as the oldest, largest and most influential Jewish community in Europe, Florence’s Jewish population moved to the city in the early 14th century as powerful lively merchants and money leaders.

Formally founded in 1437, Florence’s Jewish community is located in the east part of the city near Santa Croce. The community created strong ties with the Medici family who were rulers of the city. The family served as protection from cruelty and sermons by the Roman Catholic clergy, until they briefly fell from power in the 1490s and the Jews were ordered to leave the city.

In 1537 an original Jewish settler, Jacob Abravanel influenced city ruler Cosimo de Medic to allow more Sephardic Jews from Marranos, Spain and Portugal to settle in Florence. Because of this decision, the Jewish community rapidly grew and developed a strong recognition among the Florence population.

In 1799 the ghetto was abolished from Napoleon whose forces occupied the city and civil rights were established under a new constitution. Within the next one hundred years full citizenship was also executed but the original ghetto (located in Piazza della Repubblica) was leveled to make room for urban renewal and the Great Synagogue was built. The Great Synagogue is considered by many historians and architects as a unique masterpiece. The synagogue opened in 1882 with the design based off a Byzantine cathedral and today is a marvelous vision with a turquoise dome see from anywhere in Florence.

By the 20th century the new ghetto (located near Santa Croce) was booming with over 3,000 residents but because of Nazi occupation, many areas were vandalized and the Great Synagogue was nearly destroyed, and many residents did flee from the area.

Today after years of rebuilding and an increase in morale, about 1,4000 Jews live in Florence’s ghetto where many schools, museums, synagogues, and restaurants still flourish.

With such a large Jewish presence in the Florence community Select Italy experts would like to share a list from our Tips for Travelers Database on the top four kosher restaurants in Florence.

Have you ever tried any of these Kosher restaurants or markets? What did you think?