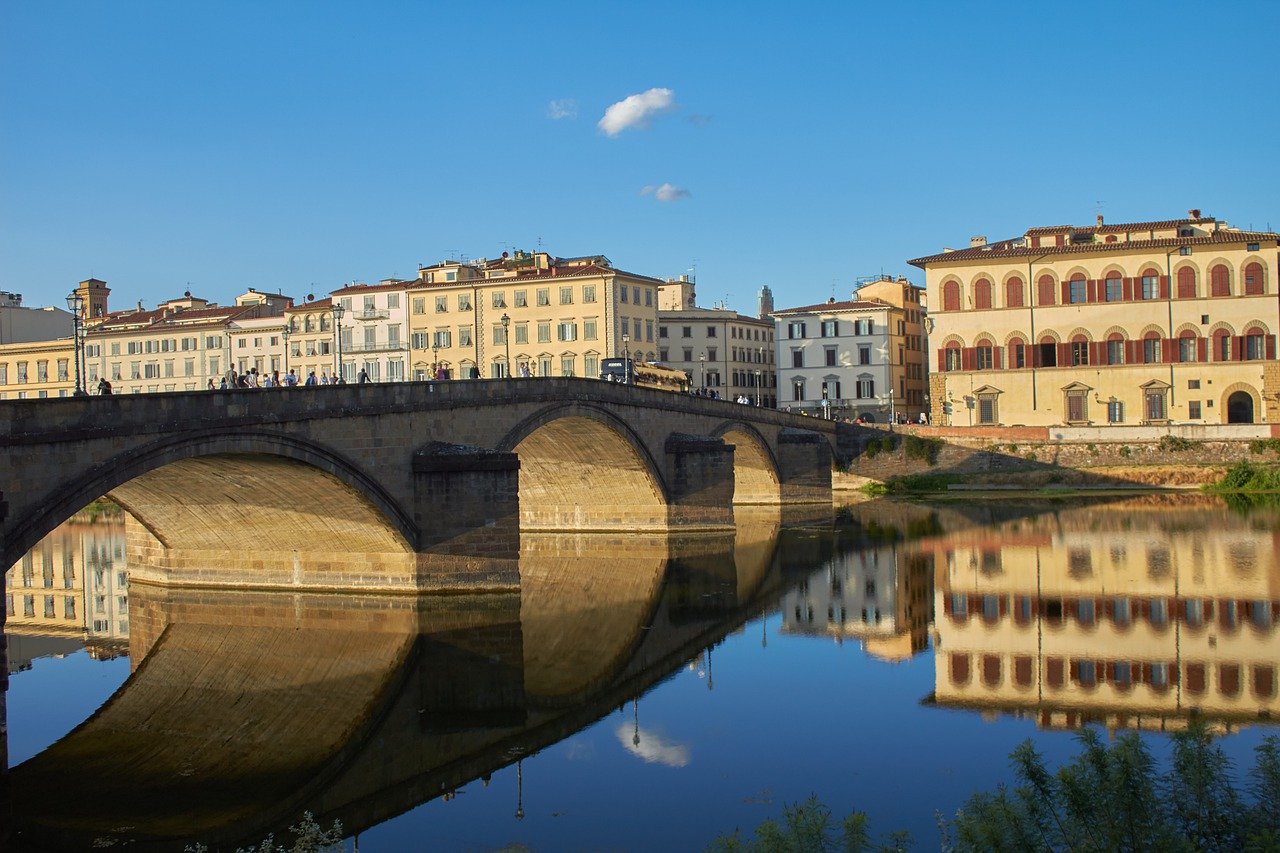 Pietre dure, or polychrome hardstone inlay, is a very special artistic phenomenon that is inextricably linked to the city of Florence. This technique uses highly polished colored stones that are cut and fitted to create images, and then assembled together so precisely that the contact between each section is practically invisible — it’s almost like putting together a jigsaw puzzle. A very expensive jigsaw puzzle, to be sure, since semi-precious stones like coral, garnet, jasper, lapis lazuli and amethyst are arranged in compositions to look like paintings; the natural grain of the stones and marble is exploited to create amazingly naturalistic effects.

The Florentine Renaissance painter Domenico Ghirlandaio dubbed this medium pittura per l’eternità’ (“painting for eternity”) and a century later, in 1588, the Medici Grand Duke Ferdinando I of Tuscany founded a workshop for the purpose of developing it and other decorative art forms. The ducal workshop, renamed the Opificio delle Pietre Dure and turned into a museum and restoration laboratory, still exists today and it is the first place you should go to learn more about the fascinating technique of pietre dure (Via degli Alfani 78r, Florence, tel. 055-218709; closed weekdays after 2 pm & on Sunday).

The evocative power of hard stones inlaid into delicate floral panels or shining out from ovals of opalescent alabaster is absolutely bewitching. If a visit to this museum gives you the itch to buy, it’s only a short walk to Le Pietre nell’Arte (Via Ricasoli 59r, Florence, tel. 055-212587; closed Sunday) where Renzo Scarpelli, his son Leonardo and their four collaborators create Florentine mosaics using traditional methods passed down from the Renaissance. You can purchase a wall plaque, medallion or cameo here, or even commission a unique masterpiece based on custom drawings of their own design.

“Painting for eternity” takes on a whole new meaning in The Chapel of the Princes, the grandiose and pompous mausoleum attached to the Medici family church of San Lorenzo! This tomb chapel was erected between 1604 and 1640 to celebrate the absolute power of the ruling Medici dynasty. The octagonal room is almost entirely encrusted with semi-precious stone and marble inlay executed by the extremely skilled workers employed at the Opificio delle Pietre Dure. An internal coating of lapis lazuli was meant to cover the vast dome, but even the Medici didn’t have enough money to procure the costly stones and, in the early 19th century, it was finally painted in fresco.

Tabletops in pietre dure were particularly prized in past centuries, and my favorite place to see historical examples is the Galleria Palatina at the Pitti Palace. Dozens of tables furnish the ornate rooms of this palace where the juxtaposition of an oil painting by Caravaggio or Raphael hanging above an intricate tabletop in hardstone inlay points up the similarities between the two arts. Directly across the piazza is Pitti Mosaici (Piazza de’ Pitti 23r, Florence, tel. 055-282127; open daily) where those with a Medici-sized bank account can buy a stunning tabletop that resembles those in the Pitti Palace itself.

Smaller decorative objects are sold at Pitti Mosaici’s shop on the way to the Ponte Vecchio (Via Guiccardini 60r, tel. 055-210718) while on the bridge itself is U. Gherardi (Ponte Vecchio 8r, Florence, tel. 055-211809; closed Sunday), a jeweler who has been selling fine coral jewelry since 1935. It is crafted from coral fished from all the world’s seas, and beautiful cameos, cultured pearls and lapis lazuli jewelry are available as well. A final address to recommend is Studio Musivo Lastrucci (Via dei Macci 9, Florence, tel. 055-241653; closed Sunday). Here, only a stone’s throw from Piazza Santa Croce, Bruno Lastrucci and his son, Iacopo, turn semi-precious stones into beautiful “hard paintings” using techniques and tools developed in the 16th century. One of their museum-quality pieces would make a very special and long-lasting souvenir of Florence (and one that can be passed on to future generations with pride!).

Want more Tips for your travel in Italy?