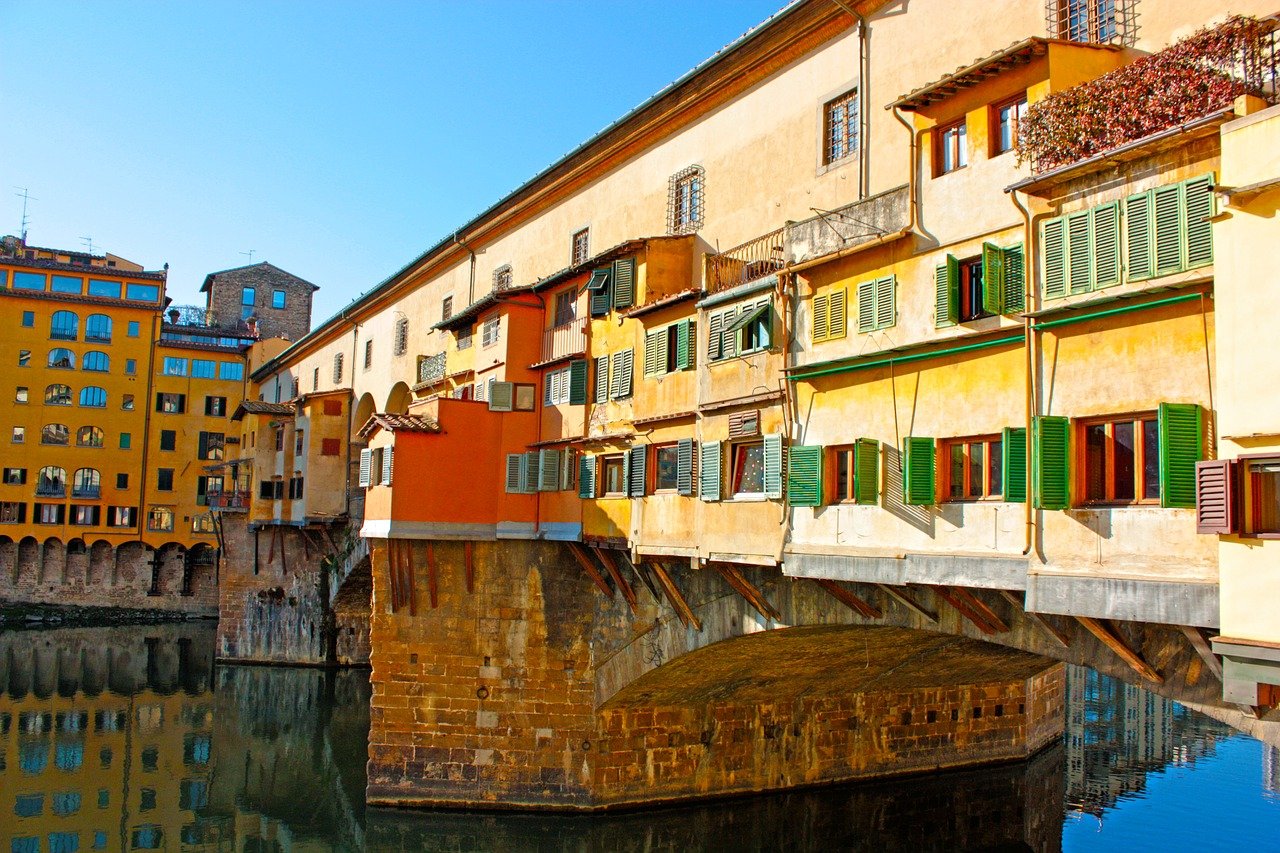 If you’ve never read Dante’s Inferno, but you have always regretted not studying it, fret not, Dan Brown’s adrenaline filled Inferno is here!

Dan Brown’s recent thriller starts off with Harvard professor of symbology, Robert Langdon, dazed and confused in a hospital bed in Florence, Italy (quite a baffling beginning to Mr. Langdon’s opaque mission). For those of you that have yet to read Inferno,we won’t give away the bizarre turn of events that lead Robert Langdon and his new sexy-sidekick, Dr. Sienna Brooks, on a wild goose chase around Florence. What I will do, however, is point out some of the well-known sights they pursue and reveal some of their secrets.

Hurry, look up at Giorgio Vasari’s fresco from the Palazzo Vecchio’s Hall of 500. Do you see it? No? Neither do I. This picture is way too small to see it, yet, Google and you shall find. If you type “cerca trova” into your internet’s search engine, you will come across a picture of a triangular green flag with the words “cerca trova” inscribed in white font. Fascinating, right? Not really, I know, but if you go further into your search, you will find that perhaps beyond that flag hides a believed-to-be-missing painting by Leonardo da Vinci (the Battle of Anghiari). In Inferno, Langdon and Brooks escape their want-to-be-captors and climb through Palazzo Vecchio’s secret passageways to find a clue as to why the professor is in Florence/being hunted by various miscreants. 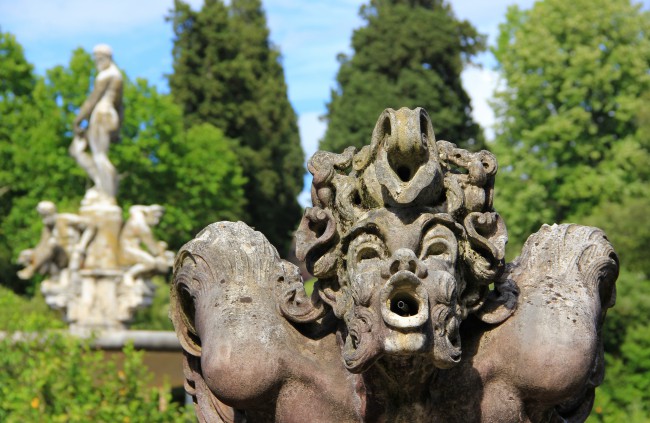 If you’ve ever been to Florence, then you’ve most likely visited the Pitti Palace’s Boboli Gardens, an ornate 11 acre, sixteenth century Italian giardino. What you may not have noticed, nevertheless, is somewhere hidden in the garden lays a secret passage to the Vasari Corridor. Fortunately for Professor Langdon and Dr. Brooks, the corridor’s out-of-use exit is conveniently located in the exact spot where they were hiding from the trapper’s drone (a remote-controlled aircraft that performs surveillance); their location: the Grotta del Buontalenti.

Built from 1583 to 1593 by Bernardo Buontalenti, the Grotta del Buontalenti was commissioned by Francesco I de’Medici as a way to finish Giorgio Vasari’s uncompleted garden project. Fortunately for Buontalenti, the grotto turned out magnificently and nowadays is a highlight of the park. This elaborate, artificial cave is adorned by stalagmites, stalactites and statues galore. Its facade reveals the Medici coat of arms, a golden shield with four red dots and a crown, as well as statues of Ceres and Apollo.

Inside the grotto, there are three rooms. The first chamber is composed of pastoral scenes by Bernardo Poccetti, the second one contains a statue of the abduction of Paride and Elena and the third room contains Giambologna’s fountain “Venere al Bagno” which depicts Venus surfacing from the water after bathing. Most importantly, in this grotto is the hidden door from which Inferno‘s main characters are able to escape and arrive at the next location on their hunt for the truth. This door was once an exit for the famed Vasari Corridor, a private passageway that members of the Medici clan used to travel from the Pitti Palace to the Palazzo Vecchio.

Secret #3: The Church of Dante

Out of sight on the piccola via Santa Margherita, there is an ancient church that dates back to as long ago as 1032. It was in this quaint place of worship that Dante Alighieri first saw his darling muse Beatrice. It was also in this church that the venerated poet married his not-so-adored wife Gemma Donati.

These days, the attraction isn’t so much worshiping the Lord, but rather, praying to Dante’s divine inspiration, Beatrice. Next to her presumed sepulcher is a basket where guests write Beatrice about undying love. Near this bushel is where professor Langdon and Dr. Brooks borrow a visitors phone so that they can search for their next clue.

Select Italy’s Inferno Tour is based on Dan Brown’s novel and will escort you on a less treacherous version of Robert Langdon’s trail throughout the medieval city of Florence. The four-hour tour will lead you from the city’s entrance at Porta Romana to the glorious Boboli Gardens, followed by Palazzo Vecchio, Dante’s house and church, and finally the Piazza del Duomo.

Let us know some of your secret Florence finds!