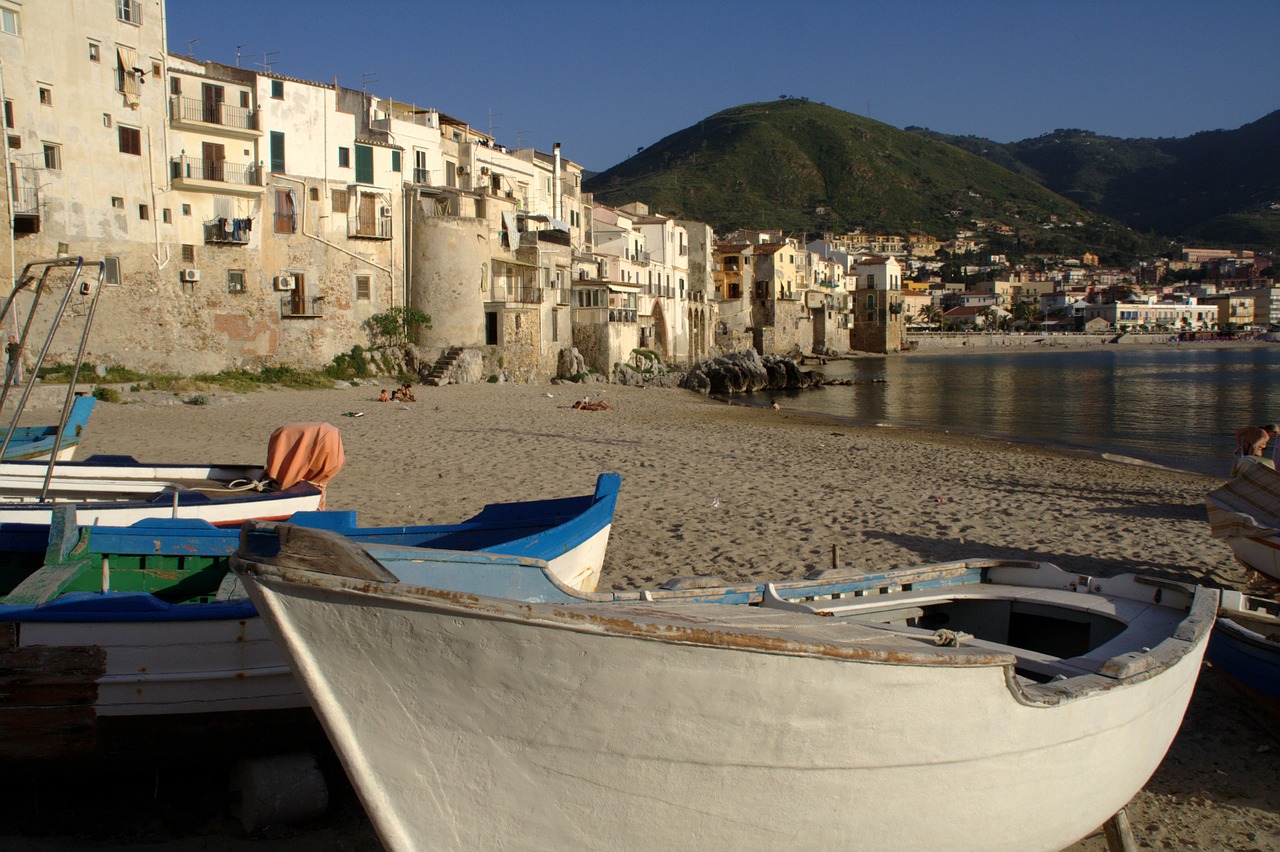 Sicily, perfectly positioned off the coast of Italy, is home to many glorious wonders, not excluding Mt. Etna, the most active volcano in Europe, or the scrumptious Italian delicacies known as cannoli, or even the largest opera house in Italy, Teatro Massimo. With such a variety of captivating scenery, colorful people and rich cultural history, Sicily has been the setting the scent for a multitude of both Italian and foreign movies…literally. The various landscapes, from beachfront, to volcanic, to desert, to forest, are an ideal location for movie makers; in addition to the Hollywood front runners, this legendary island never ceases to enchant foreigners and locals alike.

Below we have listed five of our favorite movies that were shot in Sicilian locations: two originally made in English and three in Italian. Each individual film highlights the beautiful Sicilian backdrop and incorporates a clever perspective on Sicilian traditions and customs without failing to capture the vibrant vivaciousness of the Sicilian people, maintaining that necessary Southern Italian space for laughter and life lessons along the way.

The first film of this trilogy was released in 1972 and is based on the 1969 novel by Mario Puzo. Marlon Brando and Al Pacino star as powerful leaders of an Italian-American crime family in this film spanning the years of 1945-1955. It captures the transformation of Michael Corleone (Pacino) from family outsider to Mafia boss. Since the roots of this story originate in Sicily, the largest and undoubtedly one the most majestic of the Mediterranean islands, there are a variety of notable scenes over the duration of trilogy that illustrate astonishing Sicilian towns. Taormina is the home to the famous Bar Vitelli scene where Michael meets Apollonia, while in Savoca you can find the remarkable church where the couple married on screen. The nearby village of Forza d’Argo embraces the flashback when young Vito escapes from the local capo, as well as the death of Michael at the end of the saga.

Released in 1988, this Italian film was directed by Giuseppe Tornatore and takes place predominantly in his hometown of Bagheria, right outside Palermo. This is a story of a young boy, Salvatore, who falls in love with films and spends every moment at the local movie house, Cinema Paradiso. Salvatore develops a lifelong friendship with the projectionist, Alfredo, and learns the importance of following his dreams. This film has unmistakably raw lessons about the future, all the while being filmed in an incredibly scenic area right by the sea. The natural beauty of this piece allows moviegoers to discover Sicily’s magnificent charms.

This action-packed flick from 2004 is the second installment of the “Oceans” series, following the infamous members of the “Ocean’s Eleven” crew after their Las Vegas casino heist in the first film. The owner of three robbed Vegas casinos, Terry Benedict (Andy Garcia), confronts each member of the team, demanding all the money back within two weeks. Coming up short, the group (Clooney, Pitt, Damon, Roberts, Zeta-Jones, etc.) stage another heist to pay off the debt, and this time it’s in Europe. Directed by Steven Soderbergh, this film has noteworthy scenes illustrating the Mediterranean coastline. Trapani was the main beach town where filming was done in Sicily, providing a picturesque setting for this film. And after a real encounter with the local Cosa Nostra, these actors will never forget Sicily and the time they spent there!

Originally released in Italy in 1991, this film is directed by and stars the always entertaining Roberto Benigni. Benigni’s character, Dante, is an unsuccessful man who drives a school bus for a living. One night his luck is transformed and he falls desperately in love with a woman named Maria, played by Nicoletta Braschi (his wife in real life). Centered in Palermo, Catania and Taormina, this comedy follows the adventures of Benigni as he impersonates a famous mobster, Johnny Stecchino. Undoubtedly well known for its humorous plot line, this movie also highlights gorgeous corners of Sicily that provide a marvelous backdrop for the actor’s clever antics.

This classic 1994 Italian film directed by Michael Radford tells the fictional story in which Chilean poet, Pablo Neruda (Philippe Noiret), forms a friendship with a local postman. Using a bicycle to deliver mail, Mario (Massimo Troisi) becomes influenced by Neruda’s political views and learns to love poetry. Eventually writing his own poetry, Mario captures the heart of the love of his life, Beatrice. This story will without a doubt leave viewers with a strong love for these characters, and the piece is considered one of the most beloved by Italian film lovers. Receiving five Academy Award nominations, this fantastic movie was filmed in the Aeolian Islands, just off the northeast coast of Sicily, which provide an enchanting setting for many of the scenes shot for this movie. Turquoise water, visible volcano peaks, and warm breezes bring these splendid pieces of land to life.

If you are planning to visit Sicily, just get in touch with our travel experts! They can design an experience right for your travel needs. You can find more travel inspiration in our blog, too.

Do you know other movies set in Sicily?