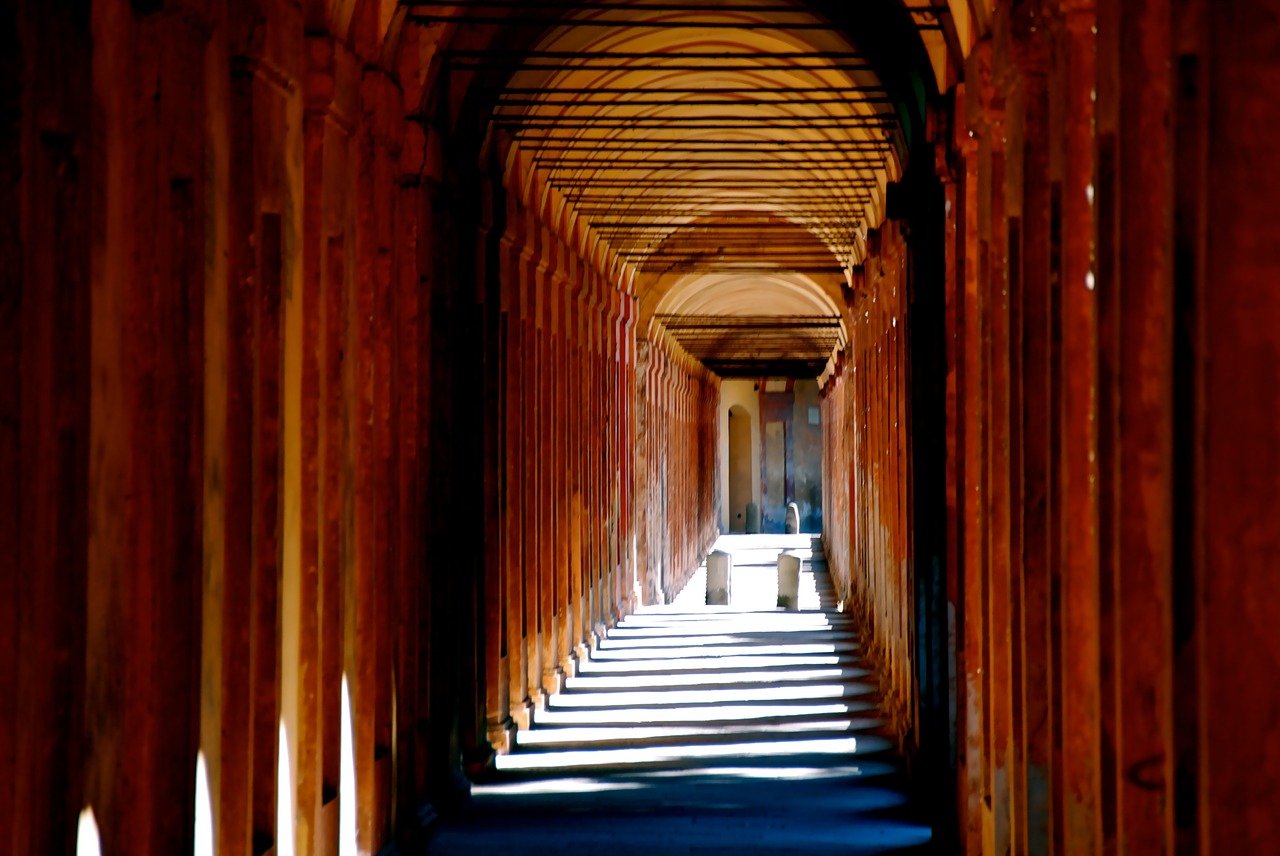 Walk and see the beautiful arches of Bologna

Imagine for a moment that you are near the end of your week-long vacation in Italy when all of a sudden something magical and unexpected happens: your boss calls and instructs you to take an additional two days off – on condition that you use this time to discover an Italian destination that’s slightly off the radar. Should such a scenario arise, you’d have to choose where to go, and to get this exercise going I am going to put forward a pair of what some might call B-list cities (which both happen to start with the letter B) but that which, very frankly, have A-list appeal: Bologna in the north and Bari down south.

Bologna has the charms of Florence minus the tourists. Visually it has some of the elegant assurance of Milan along with the some of the brooding and mysterious aspects of Venice. Culturally there’s a lot to see, although Bologna is very much a modern city: the locals move fast like Milanese, slowing down only to enjoy the fine food for which their city and region, Emilia-Romagna, is justly famous. Basically, Bologna is cool. But, it’s also cool in the climatic sense, so if you want your fall break to be more sun-splashed than potentially chilly and damp, break for Bari, the lively capital of the Puglia region, instead. It has undeniable historic character, and is right on the Adriatic Sea. Culturally though, Bologna pulls more weight than Bari.

More from the Bologna file: the world’s oldest university is here, tracing its roots back to 1088, giving the city a real vibrancy. The city also has nearly 50 miles of colonnaded arcades (porticos), so even if it is raining, you’re covered, literally. The Portico of San Luca is the  longest and links the medieval city gate of Porta Saragozza with San Luca Sanctuary. The historic center of town is a 350-acre core of medieval, Renaissance and Baroque architecture.

The medieval inventory includes the Towers of Bologna, not all of which survived into the modern age but a pair of which lord over the Piazza di Porta Ravegnana (the smaller one leans 11 feet). You can climb up the Torre degli Asinelli for a panoramic view of the city from 334 feet up.

Climbing towers and clambering about porticos will work up your appetite, and there are plenty of tables in Bologna where plates of egg-pasta tagliatelle with the famous Bolognese meat ragu will be calling your name. Check our T4T travel tips for Bologna restaurants you won’t want to miss.

Eat up before taking on sights like the Civic Archaeological Museum of Bologna, The Museo di Palazzo Poggi (art and science museum) and evocative Jewish Museum of Bologna. Fittingly for a university town, there’s even the MEUS: the Museum of European Students, with collections dating back to the 1200s.

Being a southern city, Bari has less in the way of must-see cultural sights and more in the way of atmosphere. It’s a seaside city that, while you probably didn’t know it, has the longest seaside promenade in Italy. The winding lanes of the walled old town, Barivecchia, have real southern Italian flavor. St. Nicola is the patron saint of the city and a visit to the eponymous basilica, built in 1087, is a must. There are relics of the saint in the crypt. The Bari Cathedral is a masterpiece of the Apulian Romanesque style. Throughout the old town, you’ll see references to St. Nicholas, from small sanctuaries to stone carvings in building façades. The Venetians, of course, once had Bari within their fold and their Church of St. Marco can still be seen. On the perimeter of the old city there’s also the imposing Norman-Swabian castle.

As you wander around the old town, you’re likely to find some of Bari’s major “tasty” sights – pizzerias turning out thin-crust beauties, foccacerias and, most colorfully, ladies making the orecchiette ear-shaped pasta for which Bari is famous. In the area between the old walls and the beautifully restored Teatro Margherita, built on piles in the sea, there are many lively cafes, restaurants and pubs. At most of these, prices are going to be markedly lower than what you’ll find at venues of comparable quality in Florence and Rome. While not principally a tourist city, Bari does have many interesting, quality hotels, such as the posh new Boscolo Bari which sits triumphantly on the seaside promenade.

Bari along with Brindisi could be considered the gateways to Puglia, a region that is ripe for discovery. But, thanks to Italy’s easy air and rail connections, you can consider Bari as a standalone “city break” destination, too. Bologna definitely has a more metropolitan, sophisticated vibe, but Bari beckons with its warm and sunny allure. With even just two days in either city, you can take in the highlights, enjoy some down time and obtain a sense of which place you might like to make the starting point for your next vacation in Italy.