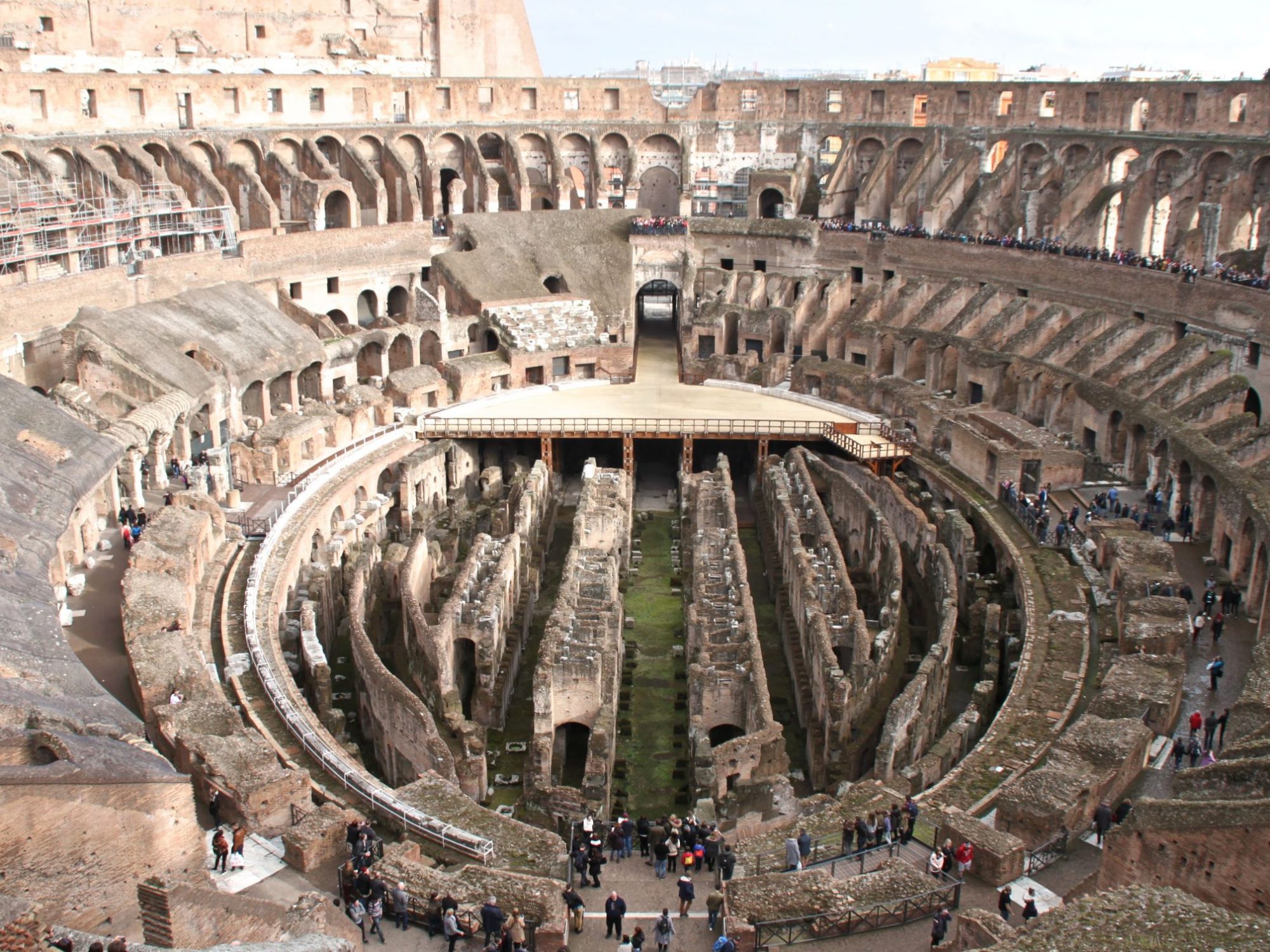 There are few cities in the world that are as jam-packed with history as Rome. Walking through the city’s cobbled streets is an unforgettable experience, as each turn reveals yet another iconic setting from history. But few spots are more impressive than the triumphal arches, towering temples and fallen columns of the Roman Forum or Foro Romano where, for centuries, the fate of the ancient Roman Empire and its people was decided. So its no wonder that millions of visitors want to see where Rome was founded, making this one of the most popular tourist attractions in Italy. If you’re planning a trip to Rome, here are our essential tips and tricks to guarantee a stress-free visit with our 3-in-1 pass to the Roman Forum, Palatine Hill and Colosseum.

Book ahead to skip the Roman Forum and Colosseum lines

When you’re on vacation, time is precious. Much too precious to waste hours standing in a long dusty line in the heat of the summer sun, fumbling with your cash. Especially if you only have one or two days in Rome.

That’s why these days the smartest travelers book online in advance to skip the long lines and ensure a relaxing, stress free vacation. It’s secure, as easy as 1-2-3 and can be done from the comfort of your armchair, or with the help of our travel experts in just a few minutes! Perfetto!

Start at the very beginning

As the largest and most imposing building in the three sites, it’s tempting head straight to the Colosseum for the gladiatorial glamour and gore. But to understand how Rome started and grew to dominate the known world, plan your visit in chronological order.

Many of the oldest and most important religious and legislative structures of the ancient city are located in the Forum. From the legendary 7th century BC Temple of the Vestal Virgins, to the Curia Julia Senate House built by Julius Caesar, to the enormous Temple of Antoninus and Faustina, all have fascinating tales to tell. So aim for the Roman Forum first, climb up to the Palatine Hill for the royal palaces and then drop down to the arena for the finale.

The Palatine Hill is one of the seven hills upon which Rome was established and, along with the Roman Forum, is one of the most ancient parts of the city. Legend has it that founding twins Romulus and Remus were discovered in a cave here, being looked after by a she-wolf. And although little remains of the twins today, the hill is still home to Emperor Augustus’s centrally-heated royal palace, built in the 1st century AD and described by some as the first “White House,” as it had a west wing for public life and an east wing for the emperor’s private life.

The Palatine Hill also gave us the words palace (English), palazzo (Italian) and palais (French), all derived from the old Etruscan or ancient Italian word for sky or heaven.

And the hill is one of the highest points in the city with a great view over the Roman Forum, the modern city skyline towards St Peter’s and your next destination, the Colosseum. It was once the center of the Roman Empire and offers great insight into royal life on your whistle stop tour through 3,000 years of history.

Note : Entrance to the Roman Forum and Palatine Hill is combined on your ticket so make sure to visit both together as you won’t be allowed re-entry once you exit.

Deciphering what’s in front of you can be tricky: even though the ancient Romans brought us the first grid system cities, the Forum is a little more higgledy-piggledy in its layout.

There are a few small signs dotted around the site to explain the background of key spots so make sure to check them out to help you steer through the ruins and get the most out of your self-guided visit.

Take a closer look at the Roman Forum

The Forum is a huge site but don’t be overwhelmed as some of the most fascinating history can actually be seen in the tiny details that are often overlooked.

Up on the Palatine Hill, you can find large internal pipes built into the thick palace walls that once provided hot air central heating. Or keep your eyes peeled for early lead piping that  carried water from the countryside to supply the ornate fountains and baths. The Latin for lead – plumbum – is also where we get the word “plumber.”

And if you look very closely at the steps of the Basilica Julia near the Curia Julia in the Forum, you might even spot the grooves, grids and circles of board games carved into the marble where ancient Romans used to sit and play games. These are the intricacies that breath life back into the ancient Romans. Fascinating, eh?

Plan enough time for your visit

At a practical level, the time you spend at the Roman Forum and Palatine Hill depends on you. Your pass has a designated entry time for the Colosseum but you are free to enter the Forum at your leisure, either before or afterwards.

So if you like a bit of a history, have read about ancient Rome or have a guidebook to hand, you can easily spend half-a-day exploring the sprawling ruins and the small museum on the Palatine Hill before you even get to the Colosseum.

If, on the other hand, time is tight and you’re looking for a quick glimpse of ancient Rome to set the scene, it’s worth putting aside at least an hour to soak up the ancient Roman atmosphere and architecture before entering the Colosseum. The choice is yours.

On a practical note, Rome’s smooth stone cobbles can be slippery when wet or dusty and the same goes for the ancient Roman Forum. Add in the uneven paving stones of the ancient Roman streets, worn silky smooth over the centuries, or the climb up to the Palatine Hill on hard gravel paths, and thin-soled flipflops might not be the best footwear!

Not that you need walking or hiking boots; that would be overkill. But non-slip tennis shoes might just make your little piggies more comfortable, whatever the weather.

And bring an umbrella and a water bottle

Rome enjoys a temperate climate all year-round with moderate, wet winters and scorching, sunny summers. The Roman Forum, however, offers very little in the way of shade so pack an umbrella to guard against rain or provide shade from the sun. And bring a bottle of water in summer since the Forum is a real heat trap for the thirsty traveler.

Ready to skip the line and explore the Roman Forum?

So what are you waiting for? If you’re planning a trip to Rome, a visit to the Roman Forum, Palatine Hill and Colosseum is essential. And now it’s even easier to explore the temples, palaces and amphitheater without wasting time waiting in line. Just go online or give our travel experts a call to book your stress-free pass and save yourself a hot, dusty delay. And make sure to check out our blog for other top tips on discovering Rome since once you’ve skipped the line with us, you’ll never want to queue again! Buon viaggio!