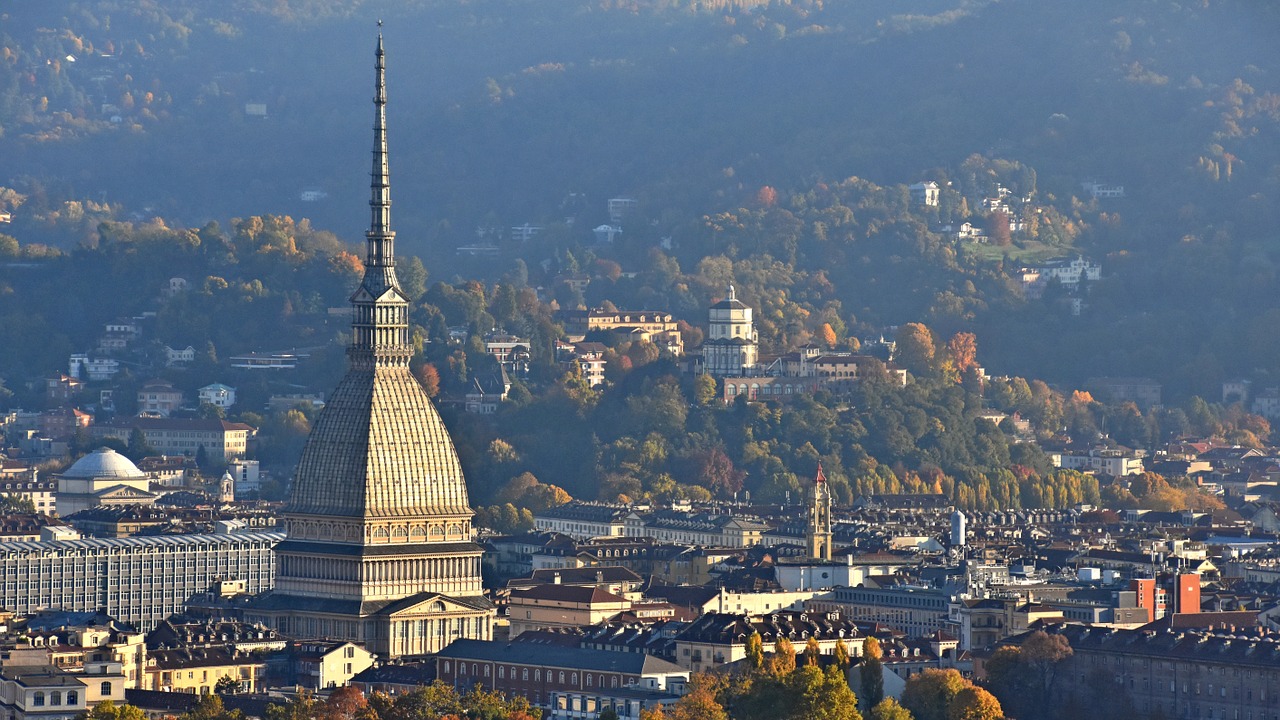 Are you looking for things to do in Turin? Look no further, we’ve got you covered!

Known for cars, chocolate and a soccer team, Turin, the former first capital of unified Italy, stands in the north-western corner of the country, lying along the left bank of the Po river, with the Alps as a backdrop. Baroque buildings and old cafes line the city’s boulevards and elegant squares, namely Piazza Castello, the heart of the city, and Piazza San Carlo, Turin’s “living room”.

Turin’s long and important history is reflected in the city’s look, from the typical Roman street grid, still visible in the historic center, to the wide boulevards lined with porticoes and Baroque palaces, an Italo-French imprint given by the long domination of the House of Savoy.

Turin has a lively cafè culture thanks to its many historic coffee shops, where intellectuals and politicians used to gather, including the leading figure in the movement of Italian unification, Turin-born Camillo Benso, Count of Cavour. Make sure you try the local specialty, bicerin, a delicious mix of espresso, chocolate and milk.

Things to do in Turin are plenty, and here are some of the top experiences we have selected for you.

Things to do in Turin

The best way to get acquainted with the city is to go on the “Introduction to Turin” tour, a half-day private walking tour taking in the major sights. Stop by the city’s Cathedral, where the mysterious Holy Shroud, believed by some Christians to be the burial shroud of Jesus, is kept in the Royal Chapel inside a reliquiary. Continue to the magnificent Palazzo Reale, the home for almost four centuries of the royal Savoy family. Head to Piazza San Carlo for a coffee break at one of Turin’s legendary cafés. Among the things to do in Turin, seeing the Mole Antonelliana, the city’s landmark, is a must. Take the glass elevator up to the top for a 360-degree view of the city and snow-covered Alps. The best way to end an introductory tour to Turin? Try the uniquely chocolate-hazelnut flavored Gianduiotti, which you can do at one of the confectioner’s shops in Piazza Vittorio Veneto, where many chocolate artisans still roast and blend their own cocoa beans.

Among the things to do in Turin, visiting some of the city’s museums and palaces is a must, and a convenient way to do so is to get the Torino+Piemonte Card, which gives you free admission to the most important museums and exhibitions in Turin and reduced tickets to the city’s tourist attractions, such as the panoramic lift in the Mole Antonelliana. The card also gives you discounted tickets to cultural sites all over the region.

Things to do around Turin

Recently inscribed onto UNESCO’s World Heritage List, the Langhe area, a short distance to the south, is famous for its wines, cheeses, and truffles, particularly the white truffles of Alba, and is also home to the Slow Food movement (which was born in the lovely small town of Bra).

Staying at a hotel in the Langhe area will allow you to enjoy the relaxed feel of the Piedmontese countryside, while discovering its excellent local products – such as wine and truffles. The full day Wine and Truffles tour will introduce you to the wonderful world of truffles and will give you a taste of two of Italy’s most festive wines. The excursion ventures into the heart of truffle production, the hills of the Monferrato region, where a truffle hunter will let you in on truffle traditions and varieties before you head off with your guide on a truffle hunt. Later on, you will visit a local winery to try the fine violet-colored Barbaresco, which, along with Barolo and Barbera, is considered the most prestigious red of the Piedmont region.

Could you leave the Langhe without having tried the famous Barolo wine? Probably not. Discover the ‘King of Wines, Wine of Kings’ on a full-day guided Barolo tour, which begins in Grinzane Cavour for a visit to the impressive 13th century castle that houses the Enoteca Regionale and an ethnographic museum. During the tour, you will have the chance to taste Barolo from various local producers, with visits to their cellars. Made from the Nebbiolo grape, Barolo is often described as one of Italy’s greatest wines. The tour includes stops in La Morra for lunch and Alba, the town of white truffles.

Should you wish to combine it all, opt for the “Chocolate, Wine and Cheese of Piedmont Tour,” during which you’ll be able to taste some of the best local wines, cheeses and chocolate (and buy to take home with you if you’d like). You will visit a traditional chocolate producer and sample a variety of chocolates, including the renowned baci di Cherasco; you will stop in Bra, home of the cheese that bears the town’s name and birthplace of the influential Slow Food movement, where you will visit a cheese-producing farm dating to the early 1900s; and you will enjoy a sightseeing tour of the Langhe wine-growing region, with stops in Pollenzo, Grinzane Cavour, La Morra and one of the 11 Barolo villages for Barolo tasting.