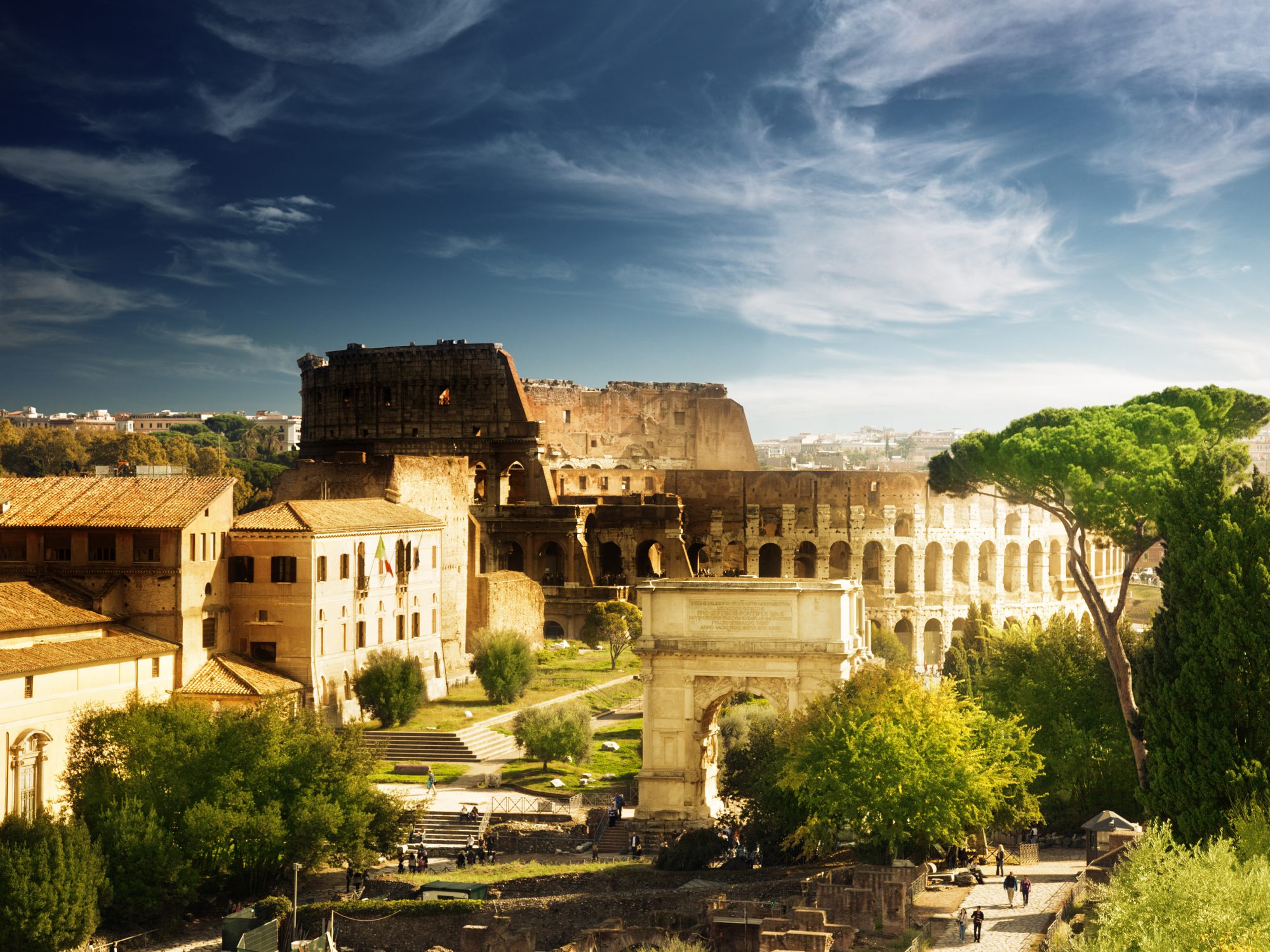 Widely praised as the historically rich, culturally satisfying home to one of the world’s most frustrating airports, Rome tops the wish list of Italian travelers. The visit inevitably stars a few key players: the ancient Roman ruins and their notable Colosseum and Forum, an afternoon at the Vatican Museums with the obligatory illegal picture of the Sistine Chapel, and a few coins tossed into the fountain at the feet of a valiant Oceanus. Pictures are snapped, gelato is devoured, and the first train to Florence is caught out of town, while much of the rest of the city’s beauty lies untouched and undiscovered.

However, it’s the “extras” in Rome’s leading lineup that win the devotion of those lucky enough to stumble across them, and which make the visit to the Eternal City so much more than just a walk through Monument Park. Carve some time out of your next visit for these nine lesser-known things to do in Rome, and leave having experienced the city’s beating heart.

1) Wander the stalls of the Trionfale Market

Located just a few blocks north of the Vatican between Via Candia and Via Andrea D’Oria, this enormous foodie paradise boasts wall-to-wall Roman meat and produce vendors and even hosts a stall with wine kegs for bulk distribution (bring your own 2 liter water bottle or buy one from them for a few Euro cents). Perfect for stocking a rented apartment’s kitchen or for grabbing porchetta sandwiches in the fall, the only thing to watch out for here are the tiny 90-year-old nonna’s doing their daily grocery run.

2) Have a pizza at Pizzarium

Owned by the larger than life celebrity baker, Gabriele Bonci, this small pizza joint sells some of the most famous pizza al taglio, or pizza by the slice, in Rome. Bonci’s pizzas are rarely the same day in and day out and feature both traditional flavors like mozzarella with zucchini flowers as well as innovate ones, such as raspberries with goat cheese (both tasted by Anthony Bourdain in his Rome Layover episode). Do NOT leave the shop without a loaf of Bonci’s bread. It’s so good you might just enjoy it more than the pizza.

3) Rent a bike in Borghese Gardens

If you really want to be Roman, do it on a Saturday or Sunday. Vaguely reminiscent of Central Park, this is the area where Romans go to play on weekends. Families picnic, children kick around soccer balls, and the park becomes alive. Bikes can be rented at several locales throughout the park.

4) Drink a bottle of Lazio wine

The daily wine of the Italian people is whatever is grown in their area, and rarely bottles from far off countries and regions. Skip the familiar Tuscan grapes and go for something from the local Lazio region, like Cesanese. Don’t know where to start in your selection? Stop into a small enoteca and ask the propretario. One of my favorite enoteche, Al Grammelot, is perfect for such an activity. This small shop in the Quattro Venti neighborhood also serves food and the owner Teodoro’s passion for local wines is contagious.

5) Take a day trip to a winery

Lazio is not the most prominent of the Italian wine regions, but it does have its shining stars. One of the most intriguing wineries, Fattoria di Fiorano, was once headed by a prince and is now run by his granddaughter Alessia Antinori (of Antinori in Chianti Classico fame). This winery is located a mere 15 minutes from the Ciampino airport and visits with lunch or dinner can be booked through Select Italy.

6) Stop and read the Column of Marcus Aurelius

This column is located just off the very beaten path of Via del Corso, but rarely gains the attention of a passerby for more than 5 seconds. In actuality, however, the relief wrapped around the stone pillar deserves a few minutes, for it tells an intricate and intact story of the victory over the Danubian tribes. Visitors should note that the column was once adorned by a statue of the emperor himself, but, like so many monuments of the city, it was ultimately Christian-ized and topped with a state of the apostle Peter.

7) See the Temple of Hercules Victor

Rome’s origins trace back to the Tiber Island, which is where the first settlers found the river no longer navigable and therefore deemed the area worth of stopping. This spot still holds a variety of wonders, including the entrance of a drainage system dating back to the 6th century BC. On the East bank, not far from the Mouth of Truth, stands the Temple of Hercules Victor, erected in the 2nd century BC and surprisingly well-preserved for being the earliest surviving marble building in Rome.

8) Eat in the Jewish Ghetto

Rome’s Jewish Ghetto is one of the hottest spots for tourists in the know, as are its plentiful authentic restaurants. Stop in one of the many locales – I like La Taverna del Ghetto – for the classic carciofi alla giudea and an authentic taste of this very alive Roman quarter.

St. Peter’s is great and all, but the Catholic Church’s popular leader is also a must see. Papa Francesco, as the Italians call him, holds an audience on Wednesdays at 10:00am, during which he addresses the crowd in multiple languages, and on Sunday at noon, when he gives a quick sermon in Italian. Both appearances are visible to anyone who happens to be in St. Peter’s Square at the time and both include a final prayer, during which the faithful hold up objects such as rosaries, prayer cards, and even shoes, to have blessed. Interested in seeing the Scavi? This sacred area is reserved for pilgrims and tickets can be attained by sending your own request or by asking your local parish or dioceses to do so on your behalf.

What other travel tips do you have while in Rome?