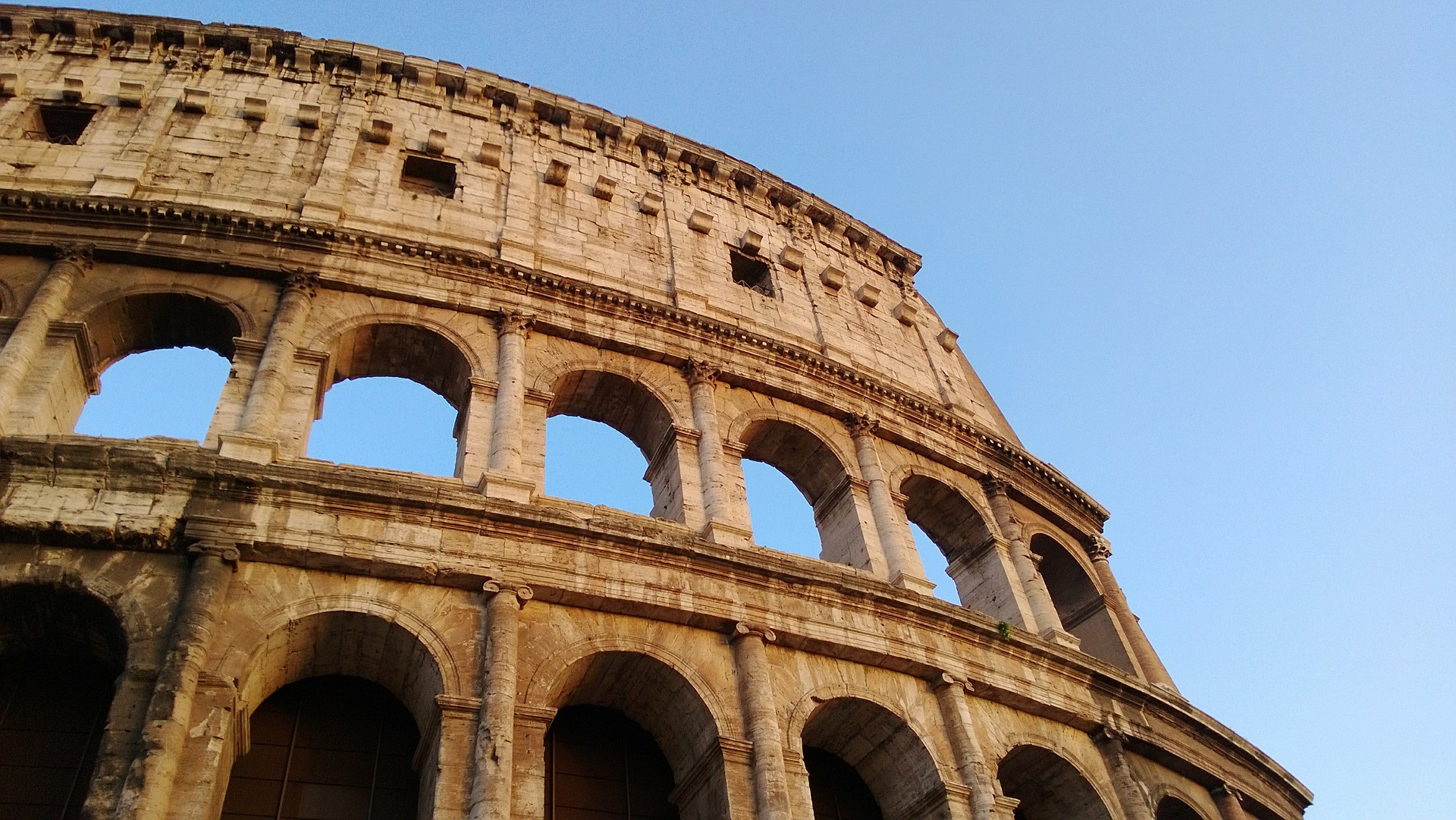 Does the Colosseum really need introductions? Everyone knows about the globally acclaimed symbol of Italy and Rome, which in 2007 has also been declared one of the New 7 Wonders of the World. It is the most visited Italian monument by far, and together with the neighboring Roman Forum, it offers a breathtaking glimpse of authentic history right in the heart of a busy urban city – which you shouldn’t miss!

However famous this world-class giant in the monuments and architecture departments may be, think of it like a celebrity: never mind how much in the spotlight the Colosseum is, we bet there are still things you do not know about it! If you want to discover some interesting facts about the Colosseum just keep reading!

6 Facts about the Colosseum

Like many celebrities, the Colosseum wasn’t born with this name. The construction of the amphitheater began in 72 AD under the Emperor Vespasian and Tito, a time named after the Flavian dynasty.  Therefore, the Colosseum was primarily known as Flavian Amphitheater. The name Colosseum was adopted during the Middle Ages, and it is believed to refer to the colossal statue of Emperor Nero which used to be situated next to the amphitheater. However, an obscure legend claims that the Colosseum used to be a pagan temple devoted to Satan: at the end of each ritual, ministers would ask their followers the Latin question “Colis Eum?” (do you adore him?), which sounds very similar to the word colosseum.

The Colosseum has gone through many changes, and what we see now is approximately 1/3 of its original dimensions. It was the core of Rome’s social life for over five centuries, but its decline began in the 7th Century AD, when the massive stones of which it is made where displaced to build Rome’s new palaces. Until the advent of the Romantic movement in the 18th Century, which fostered a rediscovery of the antiquities, the marbles of the Colosseum have contributed to the birth of several historical buildings throughout Rome, like St. Peter’s Basilica and Palazzo Barberini.  Also, a series of earthquakes, the major of them shaking the earth underneath Rome in 851 AD, made two of the Colosseum rows of arcades crumble and gave it its current asymmetrical look. We believe that one of the most evocative experiences you can have is visiting the Colosseum at night: when the streets are quiet, and silence fills in the amphitheater, you can really immerse yourself in the grandeur of this giant of the past and feel the weight of history.

Romans loved intense and dramatic entertainment, so it is not surprising that most of the shows occurring at the Colosseum involved brutal violence, animal and human fights and even executions. Yes, you read it right! Executions of prisoners and traitors – often through crucifixion – happened almost daily at the Colosseum, and thousands of people died here. The dead bodies were taken out through the west exit towards to setting sun, which is known as the Gate of Death. Due to its sinister fame, during the Middle Ages hordes of bandits used it as dumping site for their victims; pagan rituals are also believed to have taken place here because of the luscious proliferation of herbs and plants that grew among its ruins and attracted people practicing witchcraft. If you are fascinated by the dark site of the Colosseum and you are not afraid of visiting its underground tunnels, consider taking a tour of its dungeons and upper tiers!

Due to its peculiar micro-climate and the stones preserving it, more than 350 plant species  – some of them quite exotic – grew among the Colosseum ruins: botanical experts have begun studying this phenomena centuries ago, as the first botanic study of the Colosseum vegetation dates back to 1643!

#5 – It has prominent friends

Only few musicians have had the privilege of holding a concert inside the Colosseum, but those who did are truly stars of the music firmament. Among them, we remember the former Beatle Paul McCartney, Ray Charles, the Italian tenor Andrea Bocelli and Sir Elton John.

#6 – It has never seen The Gladiator

Ridley Scott’s blockbuster movie The Gladiator was not actually filmed here, but in the Roman amphitheater El Jem in Tunisia and in a reconstructed set in Malta. Scenes were then digitally edited to give them the sense of majesty of the Colosseum, but unfortunately the movie which consecrated the Colosseum as the ultimate setting for jaw-dropping fights never shot a single frame in Rome!

Do you know any other facts about the Colosseum? Share them with us leaving a comment in the box below!