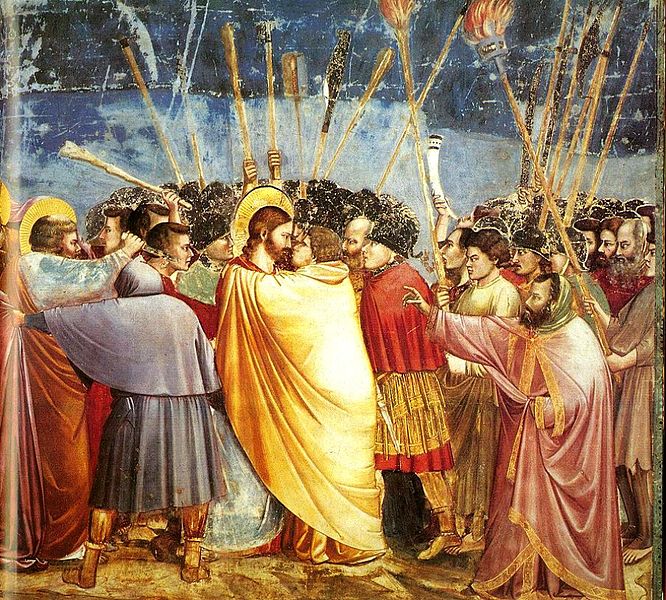 Padua’s Scrovegni Chapel houses an exceptional fresco cycle by Giotto, who is considered the first in a line of great artists who contributed to the Renaissance.

Despite its importance in the history of Western art, the Scrovegni Chapel does not attract as many foreign visitors as other Italian artistic masterpieces, perhaps because it is located in a city overlooked by mass tourism. Padua, which hosts the second oldest university in Italy, where Galileo taught between the 16th and 17th centuries, is only 25 miles west of Venice, an easy train ride from the city of canals, making for a pleasant day trip, whose highlight will no doubt be the masterwork by Giotto.

Reservations to the Scrovegni Chapel must be made in advance. Reserved entrances are every 15 minutes from 9:00am to 6:45pm. Entrance tickets include admission to the City Museum Eremitani and the Zuckermann Palace.

Seven reasons to see the Scrovegni Chapel in Padua

1) The fresco cycle contained in the Scrovegni Chapel is considered one of the most important masterpieces of Western art.

Commissioned to Giotto by the affluent Paduan banker Enrico Scrovegni in the early 1300s, it depicts the lives of the Virgin Mary and Christ in an accessible, down-to-earth way that constituted a break from earlier and contemporary art. The building that houses the fresco, also known as the Arena Chapel because it stands next to an ancient Roman arena, is located in Piazza Eremitani, within Padova’s historic center, a short walk from the train station.

2) The Scrovegni Chapel is the best preserved painting by Giotto, “the most sovereign master of painting in his time,” wrote his contemporary Giovanni Villani.

Giotto’s painting technique revolutionized Italian art, with the Scrovegni Chapel representing his most influential work. The chapel contains some of Giotto’s most famous works, including The Lamentation, the Raising of Lazarus, Marriage at Cana, and Noli Me Tangere (“Do not touch me”). Showing manifold genius, Giotto di Bondone, born near Florence, is the man who designed the slender Campanile standing on Piazza del Duomo in Florence, part of the complex of buildings that make up Florence’s Cathedral.

3) The Scrovegni Chapel is the precursor of the Italian Renaissance.

Giotto’s figures are not stylized or elongated as in the Byzantine models of his contemporaries. They are three-dimensional, with faces and gestures based on close observation; they wear clothes that hang naturally and have form and weight, rather than formalized drapery. Giotto made large use of perspective, creating the illusion of space. He for the first time showed human emotion in a realistic way, setting his work apart from that of his contemporaries.

4) Giotto’s use of color in the chapel is striking for the times.

He believed that life should be painted as it is. Foregoing the traditional golds and greys of religious imagery, he opted for a brighter, more realistic palette featuring blue skies, colorful clothing and multihued landscapes. He also used color to express emotion: reddened cheeks, dark skies, and brown foliage, for example.

5) Giotto’s groundbreaking work with the Scrovegni Chapel inspired some of Italy’s greatest artists who came after him.

Michelangelo, Leonardo da Vinci, Masaccio and Raphael all visited and studied the chapel at some point of their careers. Giotto’s Last Judgment inspired Michelangelo. The chapel’s end wall is covered by an immense and grandiose Last Judgment fresco, where the commissioner himself, Enrico Scrovegni, is depicted presenting a model of the chapel to Mary. The organization of this scene influenced Michelangelo when painting his own Last Judgment for the Sistine Chapel.

6) Immerse yourself into the work and times of Giotto.

A visit to the Scrovegni Chapel gives visitors the chance to immerse themselves into the work and times of Giotto, thanks to a multimedia room found in the Eremitani Museum (entrance included with the ticket), equipped with 7 workstations featuring photos, sound, commentaries, and reconstructions, providing a better understanding of Giotto’s art and historical context and the chance to focus on specific themes and topics one may want to examine in depth.

7) Going to Padova to see the Scrovegni Chapel is the perfect opportunity to discover this charming university town.

Do not miss: the large 13th-century Basilica of St. Anthony, with its Byzantine-style domes, notable artworks, and the saint’s tomb; Prato della Valle, which, at 90,000 square meters, is the largest square in Italy and one of the largest in Europe; the 10th-century Benedictine Abbey of Santa Giustina, facing Prato della Valle; the world-famous Caffè Pedrocchi, which opened in the 18th century and soon became a favorite gathering place of artists; the Orto Botanico, the world’s oldest academic botanical garden still in its original location; the Equestrian Statue of Gattamelata, a sculpture by early Renaissance artist Donatello, dating from 1453, located in the Piazza del Santo.