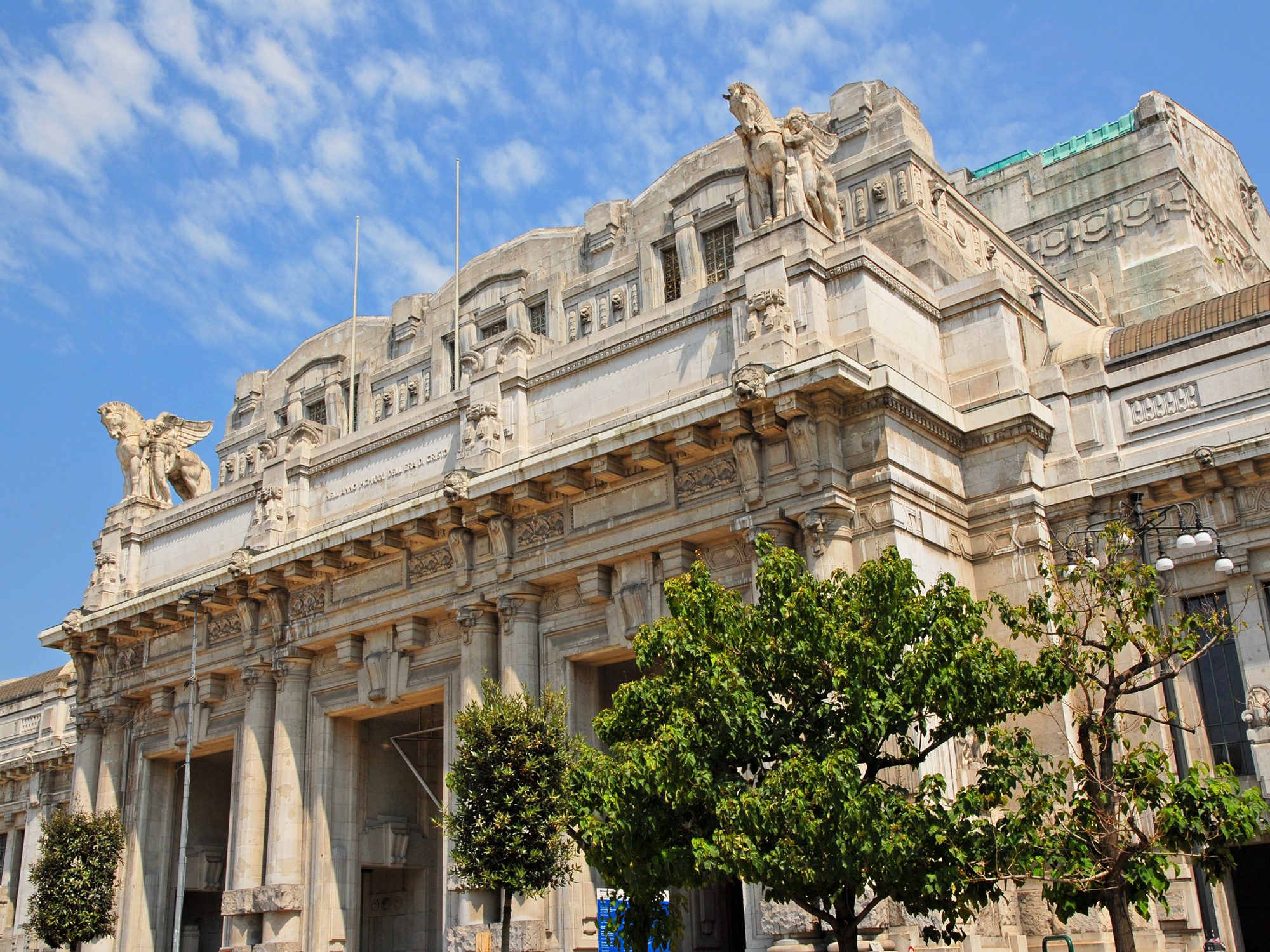 With one of Italy’s busiest airports (Malpensa), Milan represents a major gateway for visitors arriving in the Bel Paese. Milan is well connected to major Italian tourist destinations by rail, and chances are your first journey out of Italy’s fashion capital will be on the train from Milan to Venice, the easiest and fastest way to reach the romantic city of canals. Traveling on Le Frecce high-speed train, you’ll reach Venice in two hours and 25 minutes; trains between Milan and Venice are frequent throughout the day and the train stations in both cities are conveniently located in the center.

Driving to Venice takes approximately three hours without traffic, but it wouldn’t make sense unless you wanted to stop in the lakes area (the autostrada passes near Lake Iseo and Lake Garda). Once in Venice, you’d have to drop off your car since you’re not allowed to drive anywhere in the city; so taking the train from Milan to Venice is probably the smart way to go.

Here’s what you need to know when planning to take the train from Milan to Venice.

Traveling by train from Milan to Venice

To avoid lines at the ticket counter and to be sure you’ll be able to travel at your desired time, buy your train ticket in advance by calling us at 800-877-1755.

Remember, reservations on Le Frecce trains are required because a seat must be assigned; therefore, it makes sense to purchase your ticket in advance.

Milan’s main train station is the grand Milano Centrale, located on Piazza Duca d’Aosta at the northern end of central Milan. It is one of the main railway stations in Europe, with 24 tracks and about 320,000 passengers passing through it every day. You can reach the train station by taxi, metro (stop located in lower level of the station) or by bus/tram, which have stops right outside the station. Traffic in Milan is always heavy, so give yourself plenty of time. If you get there early, you can do some last-minute shopping at the more than 100 shops, including designer’s stores, inside the station. Also, free Wi-Fi is available: either 15 minutes by connecting to the ‘MilanoCentrale’ network, or for as long as you want by downloading the app ‘Around Station’.

Venice’s train station is Venezia Santa Lucia – not be confused with Venezia Mestre, which is approximately 10 minutes before Venice on the mainland. Venezia Santa Lucia takes its name from the church by the same name which was demolished in 1861 to make room for the station. Venezia Santa Lucia is located in Cannaregio, the northernmost of the six historic sestieri (districts) of the city, near the western end of the Grand Canal. A bridge over the Grand Canal in front of the station, the Ponte degli Scalzi, will take you to the sestiere of Santa Croce. If your hotel is not close to the train station, rather than carrying your luggage up and down the many bridges and steps you’ll find all over Venice, you’ll be better off hopping on a vaporetto, Venice’s water taxi: there’s a stop right outside the station on the Grand Canal.

Train route from Milan to Venice

The train route from Milan to Venice basically cuts a straight line across the foot of the Alps, and touches on part of the lake region, continuing on its way to the Veneto region, rich in vineyards. Le Frecce trains from Milan to Venice may stop in Brescia, Peschiera del Garda, Verona, Vicenza, Padua, Venice Mestre, all of them interesting destinations, should you want to make a detour to explore.