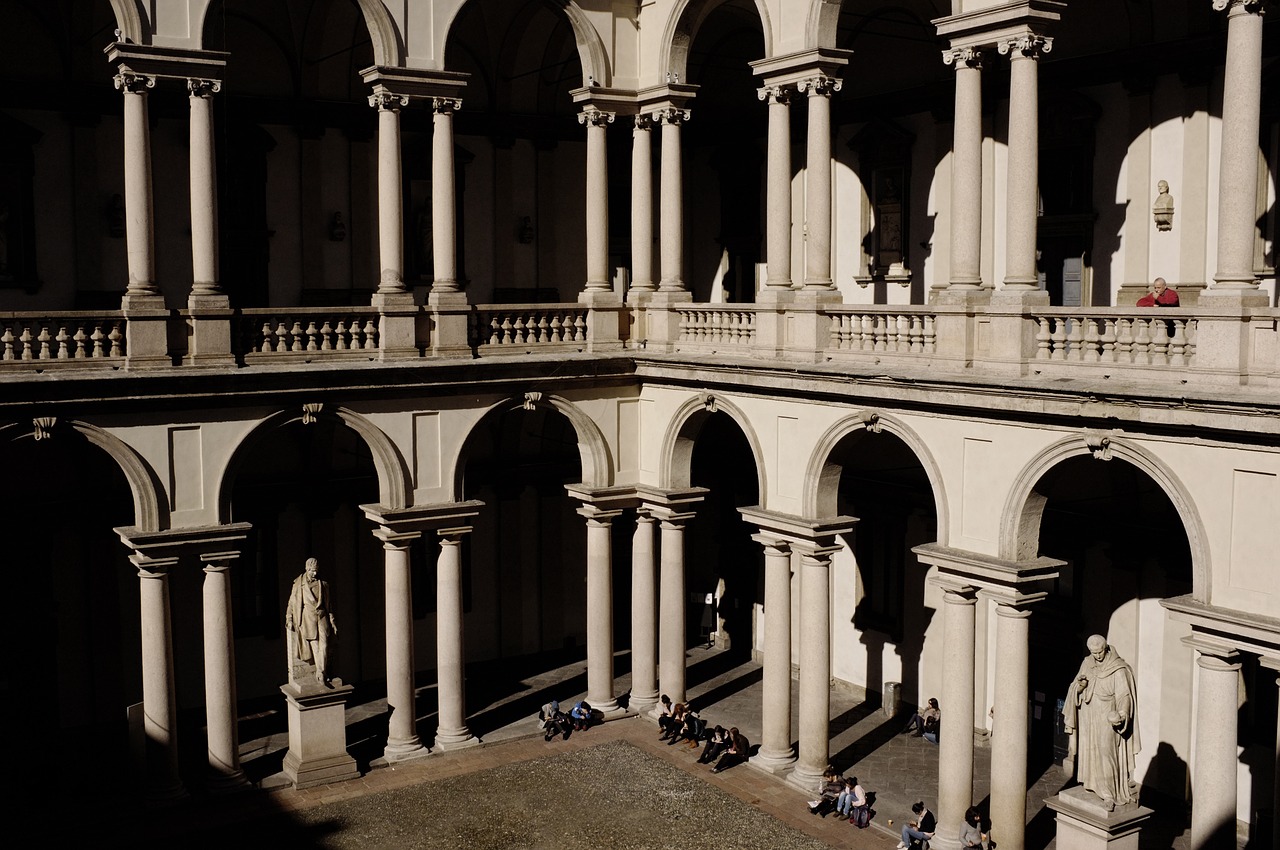 Milan is famous the world over for its fashion houses, Gothic Duomo and soccer. But no visit to the city is complete without a trip to the Pinacoteca di Brera, or Brera Art Gallery, one of Italy’s most important and impressive art collections. With over 500 paintings and sculptures by Italian masters spanning 600 years, set in the middle of Milan’s artistic district, you certainly won’t be disappointed. And with links to the Duke of Wellington, the Bellini cocktail and even Napoleon this is a fascinating place to spend an artistic afternoon. So if you want to skip the lines to the gallery, here are some of the treasures that await you. 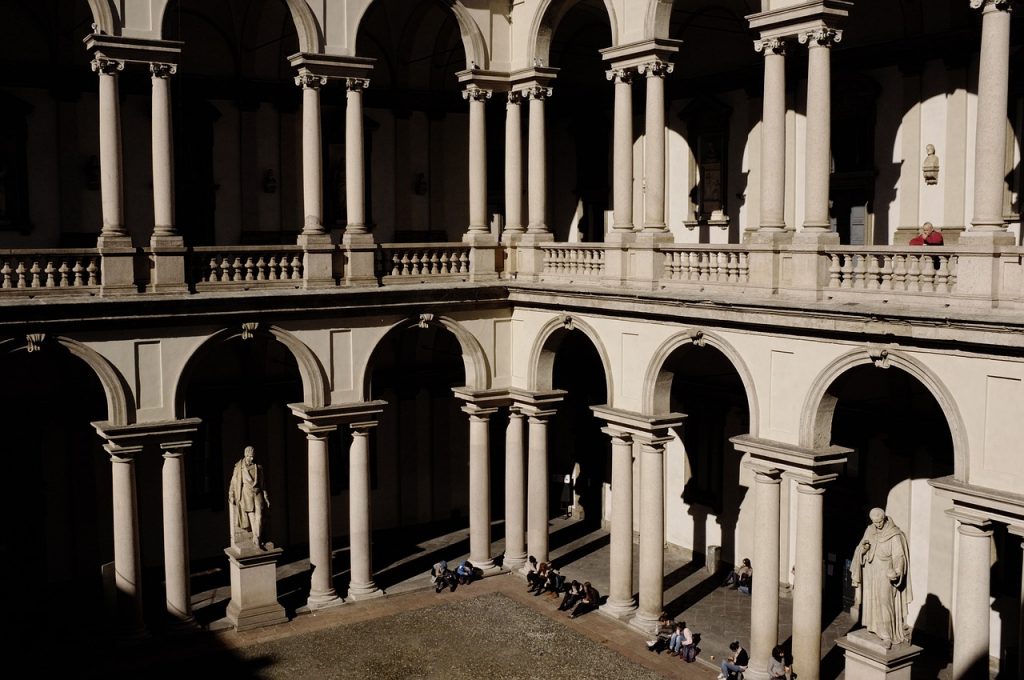 How The Collection Started

The Brera Art Gallery is housed in the 17th century Palazzo Brera that originally started life as a Jesuit college built on green land just outside the old city walls. In fact, the district, palace and gallery all take their names directly from their location as the Medieval dialect word “brayda” for grassy clearing slowly evolved into “brera”. The word is also the origin of “broad” in English and gives its name to the main public space in Verona, the very central Piazza Bra.

But this wasn’t originally a public gallery. The collection started out in 1776 with a series of replica sculptures and sketches gathered by the Accademia di Belle Arti Brera fine arts academy of Milan as training materials from which their students could learn. In its early days the palazzo was also the site of a library, botanical gardens and an astronomical observatory and was an important place of learning in the area. But then Napoleon came along, changing Italy forever, and forming the Pinacoteca di Brera as a public art gallery.

The French military and political leader Napoleon Bonaparte had risen to prominence during the French Revolution of the late 1700s and went on to dominate large parts of Italy and Europe until his fall in 1815.

Throughout his time Napoleon oversaw the defeat of the several Italian territories including the old Papal State, along with the suppression of churches and convents across the land. During the suppression countless religious masterpieces and stunning works of fine art were confiscated and it would be these that, when added to the Academy’s existing collection, would form the basis for the new Pinacoteca. And so the Brera Art Gallery officially opened across four rooms in the Palazzo Brera in 1809.

What To See At The Brera Art Gallery 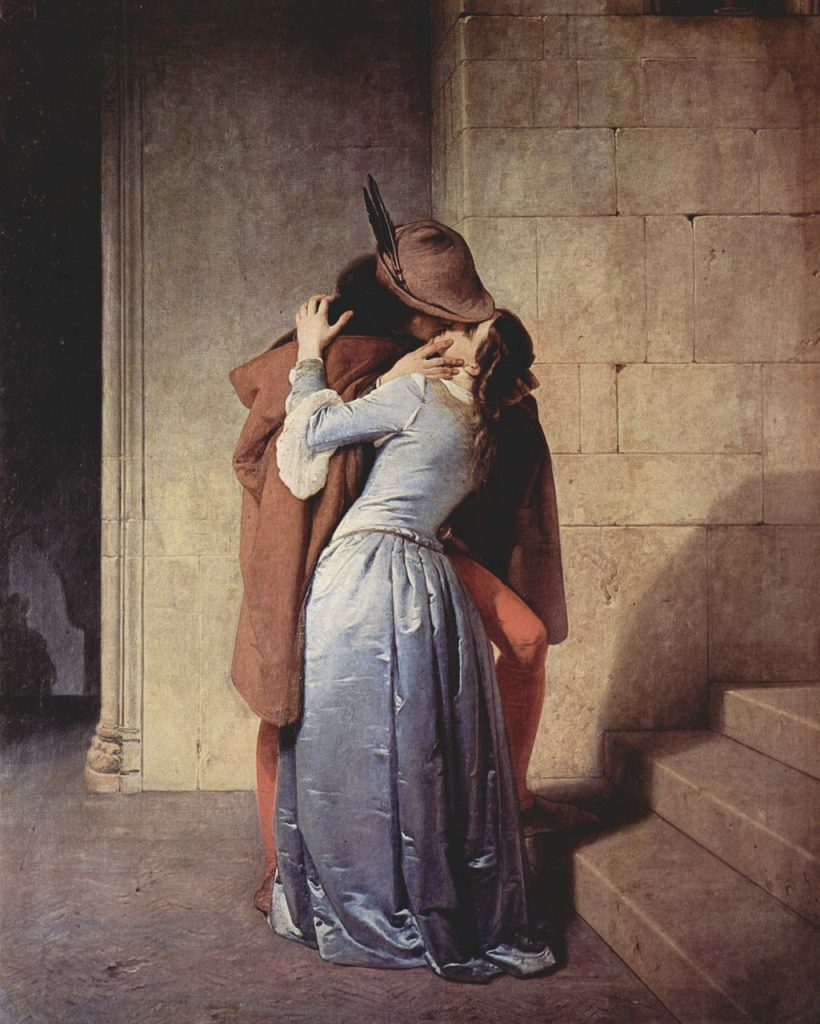 Thanks, in part, to Napoleon, the palazzo is now Milan’s largest gallery and home to some of Italy’s most important works of art. So as you stroll through the permanent collection rooms you’ll spot an abundance of phenomenal masterpieces including “Il Bacio” (The Kiss) by Francesco Hayez, Caravaggio’s intimate depiction of “Cena in Emmaus” (Supper at Emmaus) and Tintoretto’s “Il Ritrovamento del corpo di San Marco” (The Finding of the Body of Saint Mark). And that’s just for starters!

In fact the Brera’s collection list reads a bit like a “Who’s Who” of the art world with pieces by artists from a wide range of eras and styles. Many are so famous that they’re known by just one name such as Picasso, Raphael, Mantegna, Veronese, Bramante, Titian, Tiepolo, Rubens and van Dyck.

Add to that the Tuscan artist Piero della Francesca whose work is only now being recognized for its quality, skill and contribution to the Italian Renaissance. Or Giovanni Antonio Canal, better known as Canaletto, famous for his epic watery landscapes of Venice. Or what about Amedeo Clemente Modigliani, renowned contemporary of Picasso, who made his name painting elongated portraits and nudes.

There are also pieces by Venetian artist Vittore Carpaccio, who was known for using a particular shade of red in many of his paintings and after whom Venice’s Harry’s Bar named their raw steak dish. And then there’s the Bellini family of artists – father Jacopo with sons Gentile and Giovanni Bellini – who painted extensively throughout the Veneto region and northern Italy. And after whom the Bellini cocktail was named!

We haven’t even touched on the sculpture. Bronze pieces by 20th century Italian artist Marino Marini mix with modern sculptor Alberto Giacometti’s distinctive tall gangly people. And a larger than life heroic nude bronze statue of Napoleon as “Mars the Peacemaker” has watched over the main courtyard of the Brera Art Gallery since 1859. Made from canons taken from Castel Sant’Angelo in Rome, to a design by master sculptor Antonio Canova, the piece is a tour-de-force reproduction of the marble original that is on display in the Duke of Wellington’s home in London.

Once you’ve admired the many masterpieces in the gallery, make sure to check out the Brera district that surrounds the palazzo. Situated in the heart of Milan’s historic center, just 10 to 15 minutes walk from the Duomo, the neighborhood has grown up around the fine art academy and owes much of its bohemian character to the artistic hub. It’s also well known for its antique and alternative art shops, often being referred to as the “Milanese Montmartre” after Paris’s artistic hilltop arrondissement. And has a lively nightlife of bars, restaurants and clubs so is well worth a visit for aperitivi after your visit to the gallery. 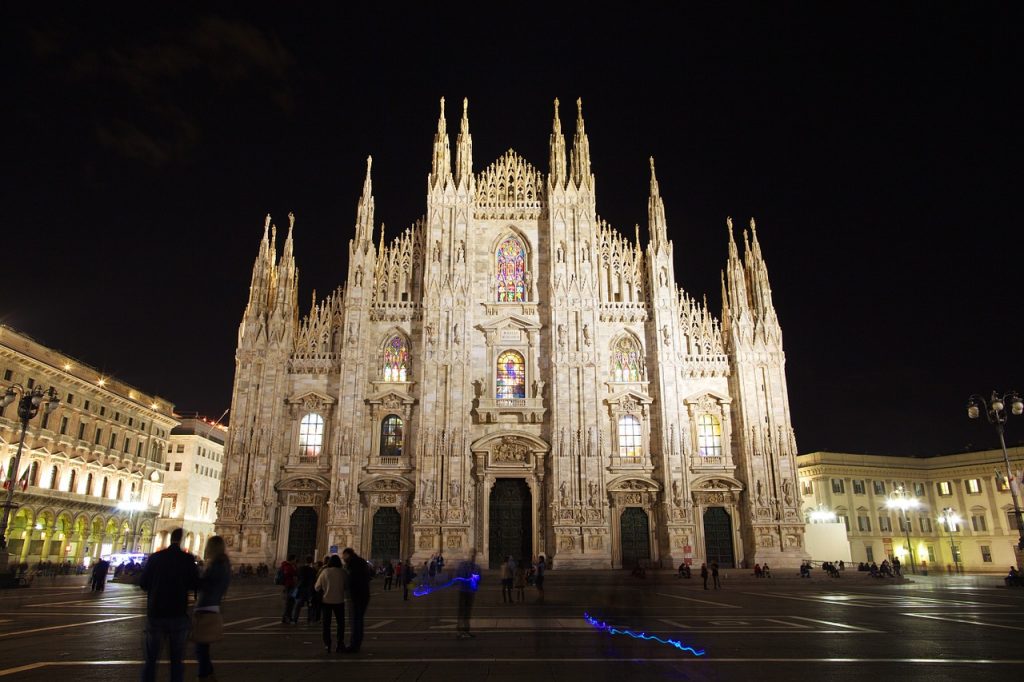 The Brera Is Waiting For You

Ultimately there are hundreds of reasons to visit the Brera Art Gallery in Milan. Over 500 paintings and sculptures are assembled there. The work of more than 200 artists is represented in the collection. And pieces have been compiled from a 600-year span of Italian history and culture. And if that isn’t enough for you, then you can always finish off with a spritz or negroni in one of the little bars of the artistic district surrounding the gallery. So if you’re planning a visit to the capital of fashion, home of the Italian stock market and heart of the Lombardy region, make sure to ask our friendly travel experts to add tickets for the Brera Art Gallery to your schedule. And don’t forget to leave us a comment too, with your favorite Italian artist or best spots in Milan. Buon viaggio!