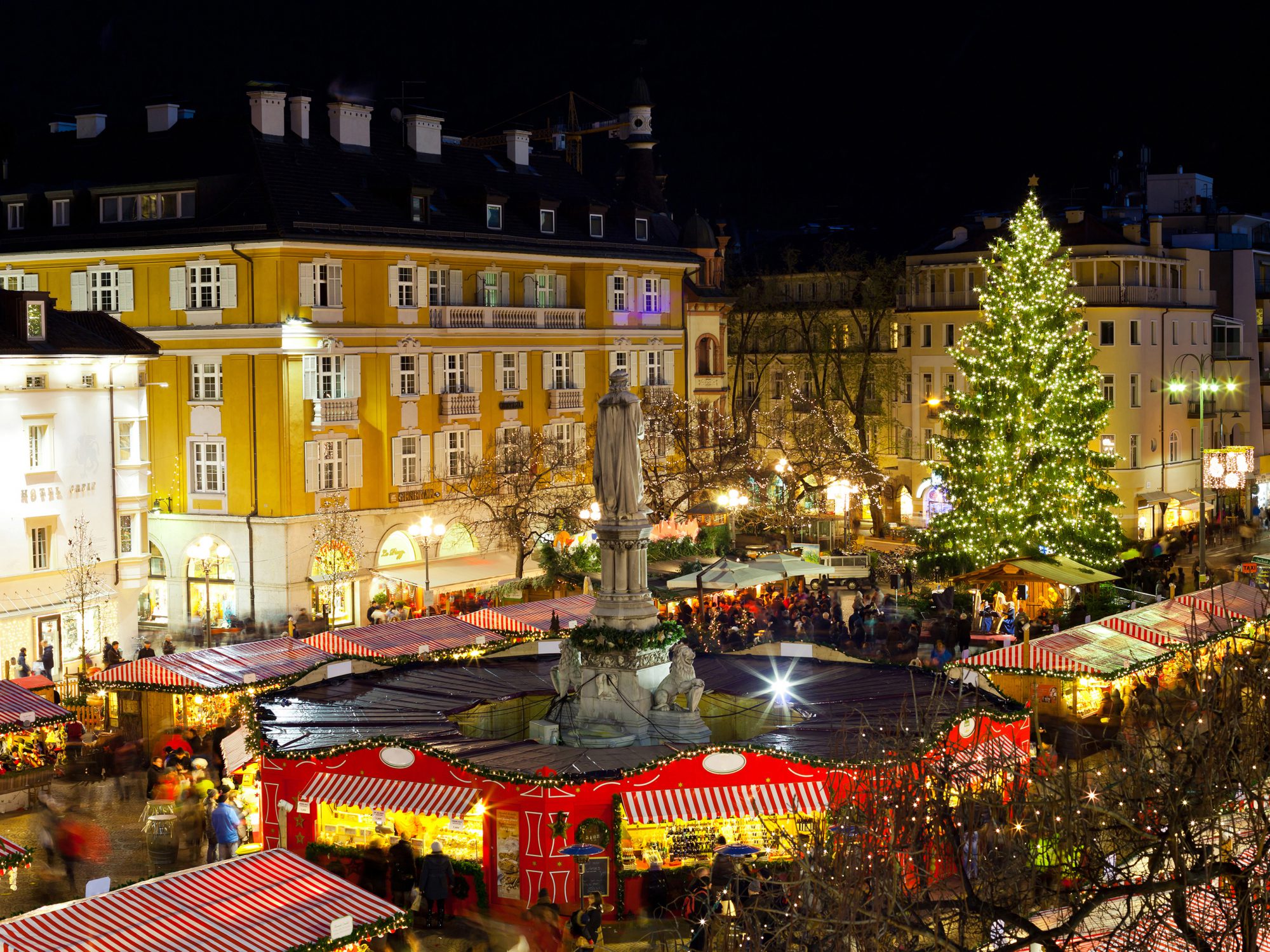 When the holiday season approaches in Italy, cities around the boot put up festoons and lights; some go beyond the decorations to feature festive mercatini di Natale, and the most famous of all are the Christmas markets in Trentino-Alto Adige.

It makes sense: Trentino-Alto Adige is located in the very north of Italy, at the border with Austria, German-speaking country with which the Italian region shares many cultural traditions, given that, from the 8th century until its annexation in 1919, the region was part of the Austrian empire. It is indeed in Austria and Germany that the tradition of the Christmas market is especially strong.

If you’re visiting Italy during the holiday season, don’t miss the chance to visit one of the many Christmas markets in Trentino-Alto Adige, which feature a beautiful, fairy-tale setting with the Alps as a backdrop, as well as plenty of festive food and atmosphere.

If you’re looking for the best Christmas markets break, look no further: Select Italy has put together a package to help you experience the magic of Christmas in Italy at its best. You will be picked up in Milan, Verona or Venice and transferred to Trento, the ideal base to explore the rest of the region, and home to one of the most celebrated Christmas markets in Trentino-Alto Adige. The package includes a visit to Bolzano-Bozen, the other main town in the region, with a famous mercatino as well; visit the South Tyrol Museum of Archaeology, where Ötzi the Iceman, the world’s most famous glacier mummy, is on permanent display and is celebrating the 25th-anniversary since its discovery this year.

Trento and Bolzano make a great base to explore even more local mercatini. For your convenience, here’s a selection of the best Christmas markets in Trentino-Alto Adige.

The Trento Christmas market is held in two of the city’s squares, Piazza Fiera, next to the city’s medieval walls, and Piazza Cesare Battisti. There are about 90 stands offering traditional decorations and nativity scenes, as well as gourmet goodies and a foodie journey through “I sapori del mercatino,” the flavors of the Christmas Market, which allows you to discover the local delicacies. When you buy the Select Italy package, you get the chance to pay a visit to Cantine Ferrari, producers of one of the best sparkling wines in Italy.

Bolzano’s mercatino is set against the backdrop of the Rosengarten Dolomites, in the city’s central Piazza Walter. It offers as many as 80 stalls, showcasing only locally produced crafts, including wooden statuettes, decorative candles, hand-crafted Christmas balls, and a variety of local treats, from mulled wine to apple fritters, from apple juice to strudel cake. Take a look at the Nativity Scene, set up under the Christmas tree, inside a real miniature stable, made of wood and covered by a shingle roof (just like the local mountain huts), where the Holy Family, with a cow and a donkey to their side, takes center stage. This is also one of the most kid-friendly Christmas markets in Trentino-Alto Adige, with several children’s attractions, such as the miniature train, the merry-go-round, the puppet theater, the horse-drawn carriage, and the stalls offering kids’ entertainment.

Bressanone’s mercatino di Natale is one of South Tyrol’s five original Christmas markets, along with Vipiteno, Merano, Brunico and Bolzano. Located 40 kilometers north of Bolzano and 45 kilometers from the border with Austria, Bressanone is the cultural and artistic capital of the Isarco valley and the oldest town in the province, dating to at least 901. The Christmas market is held in the beautiful Cathedral Square, overlooked by the two towers of the Cathedral built in 980 AD. It features almost 40 stalls selling beautiful artisanal Christmas decorations, wooden sculptures, hand-made ceramics, candles, glass balls, angels, Tyrolean Christmas items, local food specialties, and more.

Taking place in the heart of this mountain village included in the list of Italy’s most beautiful borghi, the Christmas market in Vipiteno has all kinds of booths to inspire great Christmas gift ideas and to satisfy your taste buds. Sip mulled wine and munch on local sweets as you browse the many artisanal products. Don’t miss the exhibition dedicated to the history of mining in the area, and the nativity scene, set by the Torre delle Dodici, displaying hand-made wooden statuettes. As the sun sets, the cozy nighttime illumination makes the mercatino even more romantic and picturesque.

Merano is the site of one of the most popular Christmas markets in Trentino-Alto Adige. Thousands of visitors flock to the central Piazza della Rena, where colorful wooden stands display artisanal products and Christmas decorations for the home, along with traditional local delicacies (e.g. ginger cookies, baked cinnamon apples); enjoy tastings of vin brulé and Christmas tea, made with orange peel and clove, as well as chorus and music performances. Stalls can also be found along the river Passirio and in Piazza delle Terme.  Visit the Duomo, dedicated to Saint Nicholas, which in December displays a beautiful nativity scene.

The mercatino in Rovereto is the most ‘multi-cultural’ of the Christmas markets in Trentino-Alto Adige. Cribs and statuettes of the Neapolitan tradition stand side by side with Christmas tree decorations of Austrian inspiration. Another highlight is the big Christmas tree, decorated by market visitors themselves, who will find plenty of options to decorate their own Christmas tree at home.

On the shores of Lake Garda is a lesser-known Christmas market offering plenty of entertainment. The streets of Arco become filled with tiny wooden huts displaying stars, toys, dolls, books, ceramics and glass objects, wooden statues, candles, chocolate and sweets; its palaces project the Advent Calendar on their facades; a special Christmas train takes families for a tour around town with a chance, for the little ones, to meet Father Christmas and his reindeers. On December 8, the feast of the Immaculate Conception in Italy, a special firework display takes place in the castle overlooking the town, while in the nearby village of Bolognano d’Arco, 50 nativity scenes decorate the streets.