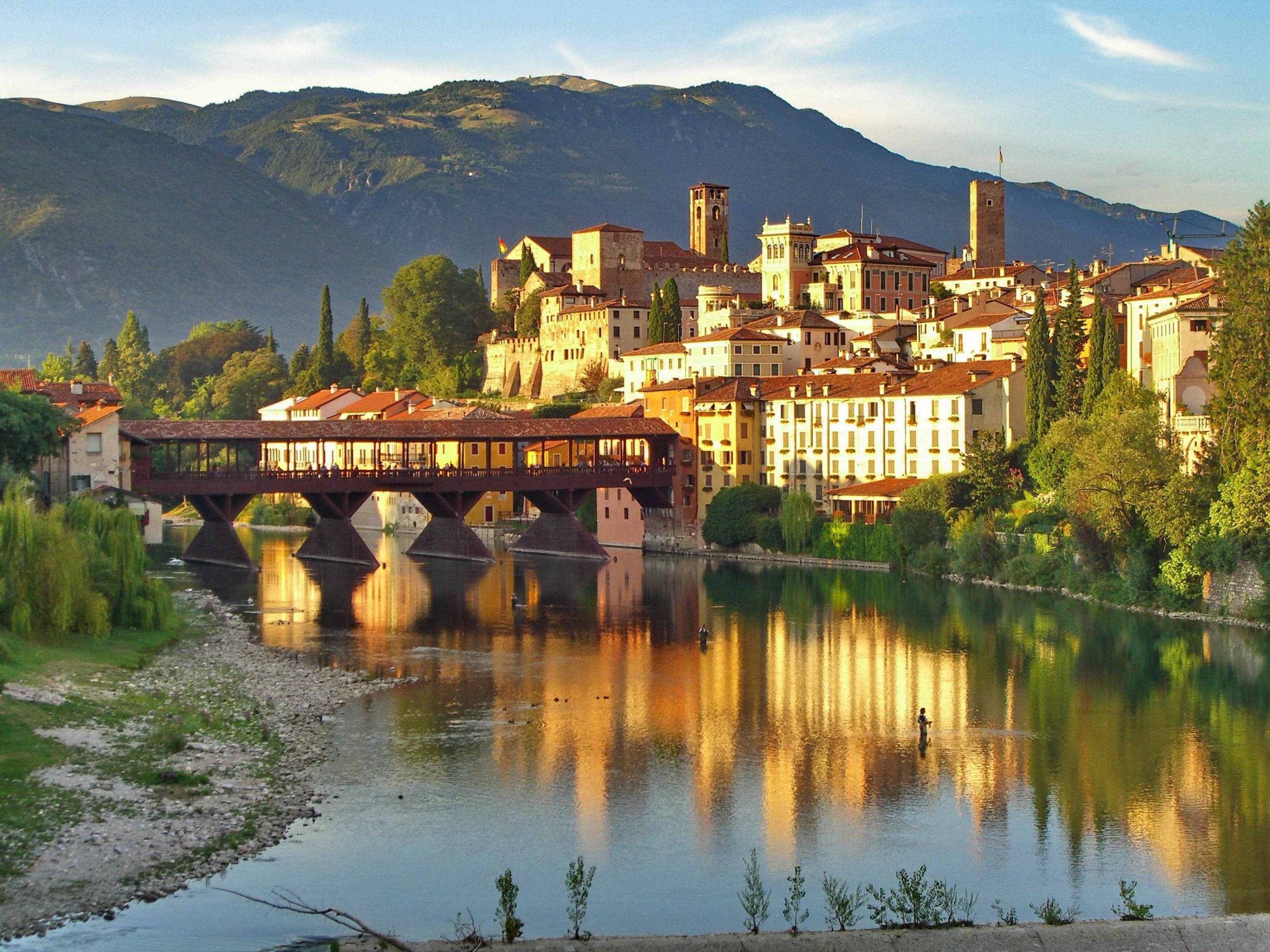 There’s more to the Veneto than Venice – while visitors tend to overlook the rest of this region in northeastern Italy, it boasts a rich artistic, historic and culinary heritage, and a trip off the beaten path in Veneto will reward travelers with many pleasant discoveries, from picturesque villages to Palladian villas, from famous wines to scenic back roads.

Veneto extends from the Dolomites to the Adriatic Sea, displaying a great variety of landscapes, from soaring mountains to gentle hills, from valleys crossed by rivers, including the mighty Po, to the Venetian lagoon. Traces of the region’s history are found throughout this enchanting natural setting, making Veneto a fascinating place to visit.

Traveling off the beaten path in Veneto makes for a great full day excursion whether you’re staying in Venice, Verona or Vicenza. Below is an overview of the highlights of this intriguing private tour.

Traveling off the beaten path in Veneto

The first stop is the medieval town of Marostica, famous for its imposing fortified castle and a giant chessboard permanently laid out in the town square, Piazza del Castello, where a famous living game of chess is played every two years. For foodies, a taste of the local cherry – ciliegia di Marostica IGP – is an added bonus.

You can reach the castle on the hill above town (Castello Superiore) by way of a footpath, which provides for lovely views of Marostica below. Another castle (Castello Inferiore) stands at the town entrance by the walls.

Marostica was ruled by Venice for 400 years, as proved by a statue of St. Mark’s lion, the symbol of Venice, in the main square.

The Chess Game (Partita a Scacchi di Marostica) takes place in even-numbered years on the second weekend in September. Costumed participants and human chess pieces re-enact a local legend about a ruler who wanted to marry off his beautiful daughter to one of two suitors and, rather than having them fight a duel, he suggested they face off in a chess match.

Bassano del Grappa is next on your off the beaten path Veneto tour and, as the name suggests, get ready to try grappa, a grape-based drink made from pomace, i.e., discarded grape seeds, stalks and stems left over from winemaking after pressing the grapes that is subsequently distilled. Grappa, which contains a whopping 35 to 60 percent alcohol by volume, is generally an after-dinner drink but not in Bassano – it’s not uncommon to see the locals drink a bicchierino (or two) in the morning!

Among Bassano’s attractions is Ponte degli Alpini, a covered wooden bridge on the Brenta River that was designed in 1569 by the architect Andrea Palladio. It replaced a pre-existing construction that had been here since at least the beginning of the 13th century. Take some time to walk through the narrow streets and spacious squares, admiring the city’s renowned hand-painted ceramics on display in the shops.

Continuing on this off the beaten path tour in Veneto, you’ll reach Asolo, known as “The Pearl of the province of Treviso,” as well as “The City of a Hundred Horizons” since its hilltop position affords great views of the surrounding Venetian plain, hills and mountains.

Filled with medieval houses and beautiful Renaissance palaces, Asolo was a favorite residence of such writers as Ernest Hemingway and Robert Browning, who came to enjoy the peace and quiet. In the main square, stop to admire the 15th-century Palazzo della Ragione, which houses a museum of local archaeological finds and paintings by Renaissance artists.

If you’re up for a walk, take the uphill trail to the Rocca, a medieval fortress – the effort will be rewarded by the tranquility of the path, immersed in olive groves and silence.

Foodies will appreciate the number of osterie offering cicchetti, typical finger food, accompanied by Prosecco, produced in nearby Valdobbiadene.

The Palladian villas of the Veneto are villas designed or influenced by the style High Renaissance architect Andrea Palladio, and most of them are protected under the UNESCO World Heritage Site designation. Traveling off the beaten path in Veneto means discovering such hidden gems as Villa Barbaro, the most richly decorated of the Palladian villas.

Designed and built in the second half of the 16th century and decorated with frescoes by Paolo Veronese, the large villa is a fascinating place. Roses, wisteria, and begonia grace the entrance courtyard. The six rooms frescoed by Veronese represent the artist’s largest and most important fresco commission; another must-see is the Nymphaeum, a cozy green corner devised by Palladio in the back of the villa, featuring a beautiful fountain with statues and stuccoes.

The villa was built for Marcantonio Barbaro, a politician and diplomat in the Republic of Venice who belonged to the aristocratic Barbaro family. In 1934, Count Giuseppe Volpi di Misurata, the founder of the Venice Film Festival, bought the villa for his daughter Marina; her descendants still live there today.

Another great thing about Villa Barbaro? It’s home to a historic winery, open for wine tasting.

Finally, your off the beaten path in Veneto tour concludes with a visit to Treviso, which boasts two ‘tasty’ characteristics: it is the original production area of Prosecco wine, and is the town where the popular dessert tiramisu was invented.

The town’s heart is Piazza dei Signori, with its Palazzo dei Trecento, built in the 13th century to house the city council, which it still does today. From the piazza, you can explore Treviso’s tranquil streets and canals, similar those of Venice but a lot less crowded! Among Treviso’s highlights are the late Romanesque church of San Francesco, built by the Franciscan community in 1231–1270, and the Church of San Nicolò, a mix of 13th-century Venetian Romanesque and French Gothic elements.

And if you’re up for some shopping, Treviso is home to Benetton, the giant clothing retailer giant that has a large store behind the Palazzo dei Trecento.