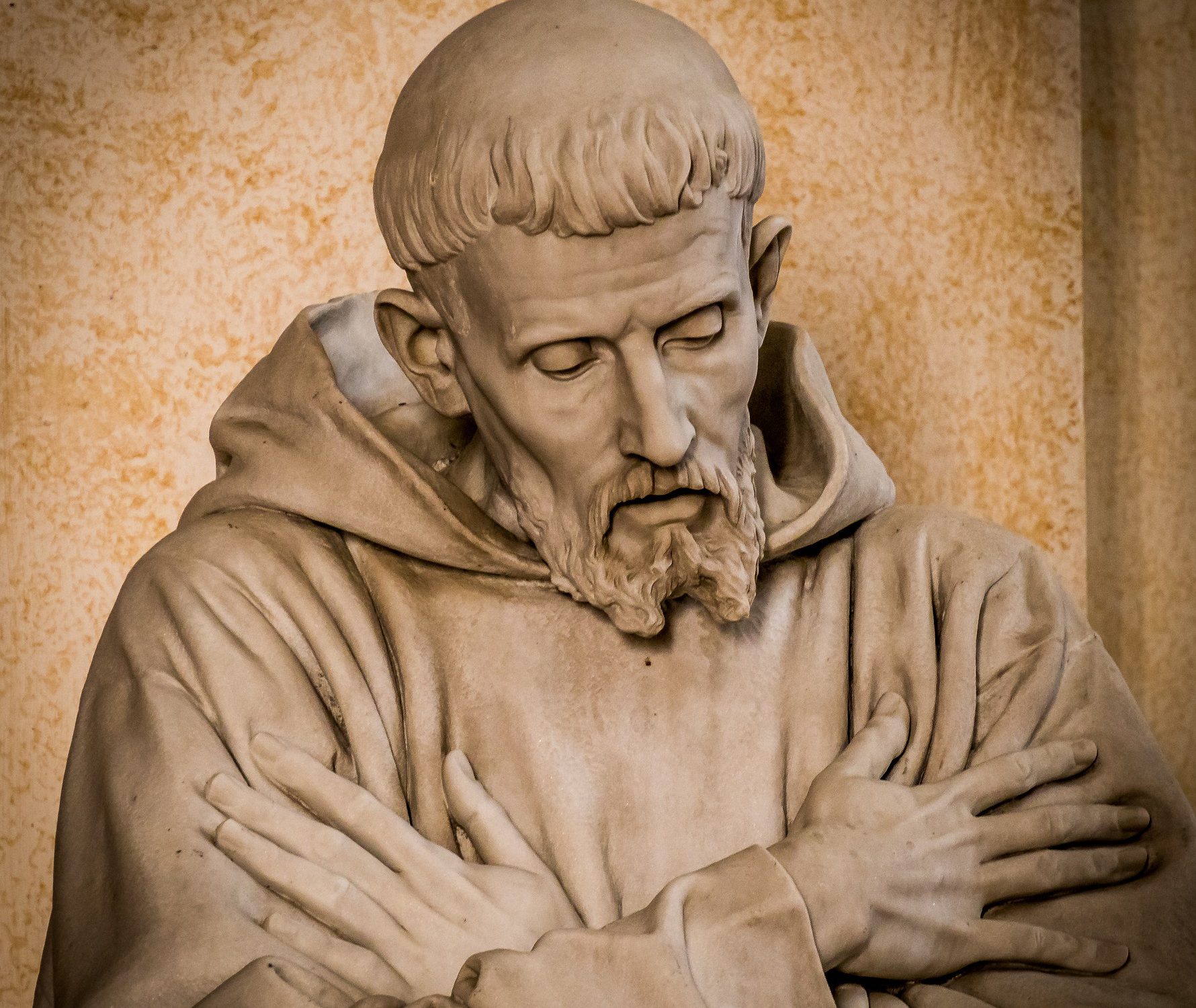 Before there were celebrities there were saints, and if Hollywood can be counted on for the former, Italy ranks high in terms of the latter. And if these days saintly behavior seems to be in ever dwindling supply, let us turn to the pages of history for a quick refresher on some of Italy’s famous saints and the scenic Italian locations with which they are forever connected.

Agatha was definitely a power saint, as demonstrated by the fact that a likeness of her breasts was sculpted into the defensive walls of the French town of Mons. As for the Sicilian connection, well, it’s pretty strong as Agatha hailed from Catania. She was tormented for her devotion to Jesus and died in 251. Among other things, she’s the patron saint of Mount Etna’s eruptions and is said to have spared Catania from Etna’s fiery wrath, hence the city’s Festival of Saint Agatha Feb. 3-5.

Saint Vitus, not to be confused with the metal band from L.A., was another Sicilian saint. He’s the patron saint of actors and epileptics alike. Also, if you find yourself in the midst of a big Italian thunderstorm in August, invoking Vitus’s name might just spare you from a lightning strike.

Wow: another Sicilian saint! It should be no surprise than amazing island produced amazing people, and Saint Rosalia, or La Santuzza (The Little Saint) was no exception. A descendant of Charlemagne, her spirit delivered Palermo from the pangs of the plague in 1624 and thus did she become that proud city’s patron saint.

So you thought the only thing to come out of Corleone was fierce (and fictitious) godfathers? Guess you forgot about Bernard of Corleone, an early defender of senior citizens’ rights in the early 1600s. Not the patron saint of AARP, but maybe he should be.

This Italian hermit died in 625, but his legacy, like that of all saints, lives on. If you ever get swallowed by a whale (in Sorrento or elsewhere) or get possessed by a demon, this guy’s the one whose spirit you should summon first.

Along with Catherine of Siena (who helped to encourage peaceful relations between the Italian city-states), St. Francis is one of two patron saints of Italy. Francis lived an extraordinary life and is also patron saint of animals and the environment. The son of wealthy merchant in Assisi, in Perugia province, he died in 1226.

Not to be confused with Fabio. Fazzio was a goldmith in medieval Verona before becoming saint. He helped pilgrims and the sick, and is the patron saint of Verona.

Saint Gozzelino hailed from a small town near Turin, in the early Middle Ages. His feast day falls on February 12.

Viterbo, famous for its medieval walls, was also home to Saint Crispin. He died in 1750 and his body rests in side altar of Rome’s Capuchin Church of the Immaculate Conception.

Blessed Clare of Rimini
Clare, born Chiara Agolanti, helped the poor and the suffering and was known for her contemplative manner. She died in 1346 and her body is at rest in the cathedral of Rimini.

Do you want to know the saint patron of any other italian city? Leave a comment (we read every comment) and we will post it for you!