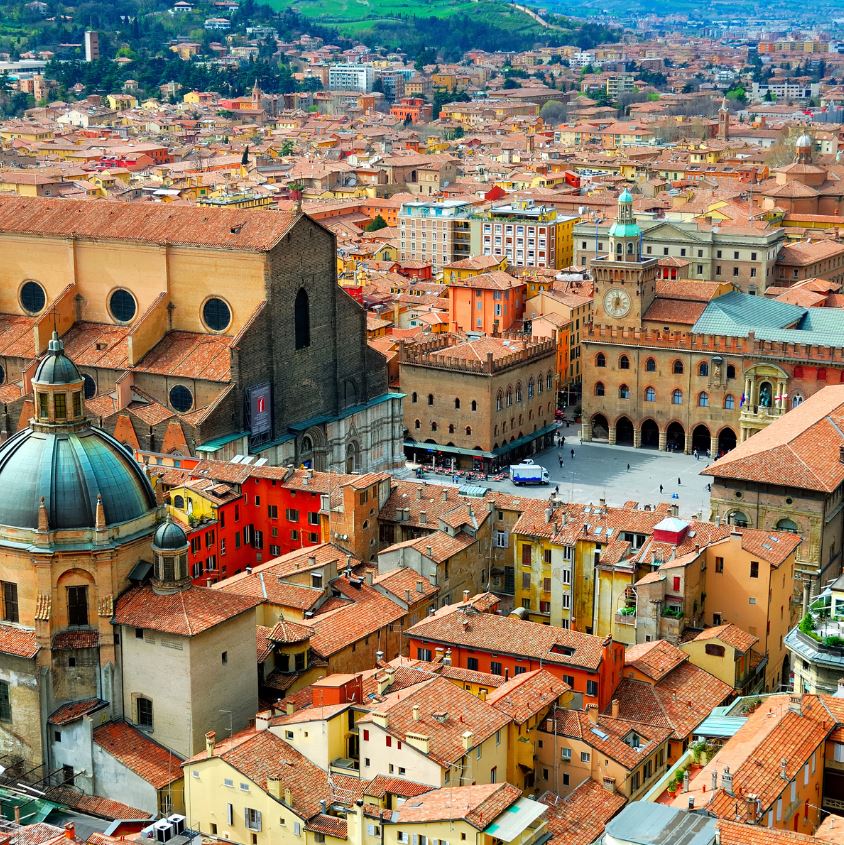 Here is an itinerary made special for foodies and wine lovers on a tour of the regions of Piedmont and Emilia Romagna. Your time in Turin will be spent enjoying an Italian aperitivo, creating your own meal in a private cooking class, and visiting the lavish Royal Palace, the Egyptian museum (Italy’s finest!) and the spectacular “Mole” which started out as a synagogue and ended up as Torino’s remarkable museum of the history of cinema, and will bring you through the Langhe Hills on a tour to discover delicious truffles and wine.

More good eats await upon arrival in Emilia Romagna’s capital city of Bologna. It is a cosmopolitan city famous for its towers, churches, beautiful porticoes, and for having the oldest university in the world, the University of Bologna. Here you will re-acquaint yourself with the Italian aperitivo, and take part in a cooking class with a market tour. You will have a private tour of the city highlights, and also a private tour of the Bologna Hills, where you will see breathtaking panoramic views and see the lovely natural landscape that surrounds the city.