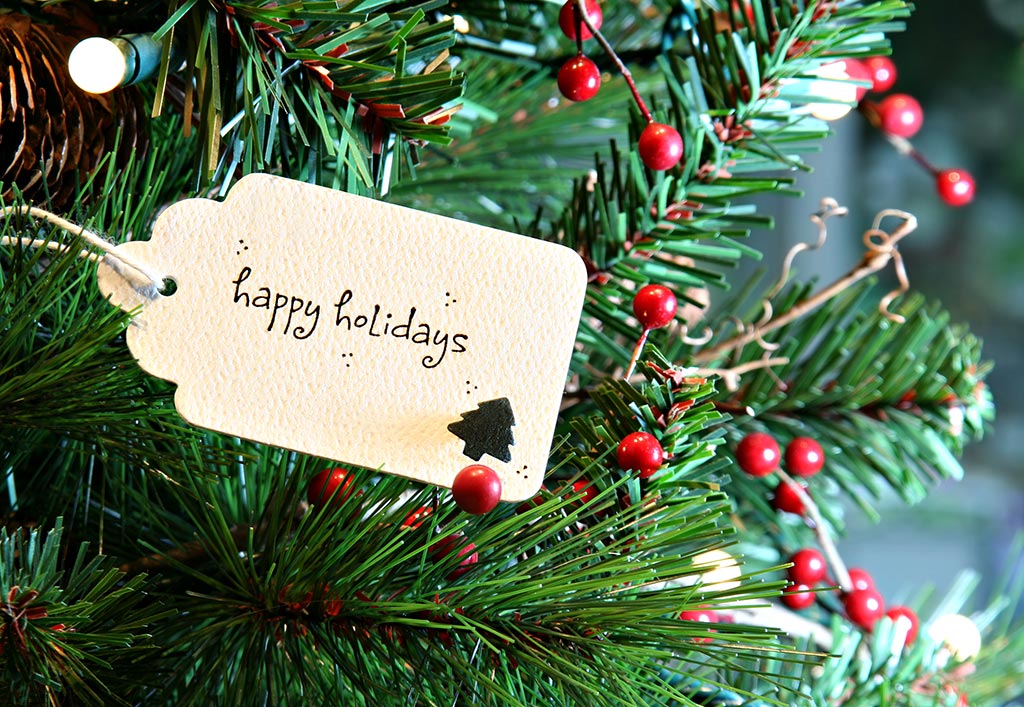 With the holidays around the corner, it’s important for all of you Italophiles to know how to say Merry Christmas in Italian: perhaps you’re planning to send a few Christmas cards to your family and friends in Italy, or perhaps you want to impress your Christmas dinner guests with a few Italian phrases…whatever the reason, Italian is a beautiful language (to hear and to speak) and that reason alone should suffice 🙂

So take pen and paper and write down the following holiday-related phrases in Italian to practice before Natale. Happy learning!

How to Say Merry Christmas in Italian

The most common and direct way to say Merry Christmas in Italian is Buon Natale.

Ti auguro Buon Natale, I wish you a Merry Christmas.

However, there are other expressions that are used as well.

Slightly more formal, used in writing rather than in person: Auguri di un Natale sereno (best wishes for a peaceful Christmas). For example, if you’re sending a card to someone in Italy, you could write:  “Auguro a te (or ‘lei’ if you don’t know the person well) e alla tua (‘sua’ if using lei) famiglia un sereno Natale e un felice anno nuovo (I wish you and your family a peaceful Christmas and a happy New Year).

If you want to be fancy and try a slightly longer phrase (why not?!), you could say: Ti auguro un Natale pieno di amore, pace e gioia sincera, My best wishes for a Christmas filled with love, peace and sincere joy.

So now you have a few options for how to say Merry Christmas in Italian, but what about the ‘Happy New Year’ part?

How to Say Happy New Year in Italian

How to Write a Christmas Card in Italian

Now let’s put together what we’ve seen so far to write a sample Christmas card so you can wish your loved ones Merry Christmas in Italian.

The version above is the simplest. If you want something fancier, here’s another example.

Useful Italian Vocabulary for the Holidays

Now that you’ve learned how to say Merry Christmas in Italian, see below a list of useful words related to the holidays – le feste:

Capodanno o primo dell’anno – New Year’s Day; in Italian, we also use Capodanno to refer to the New Year’s Eve festivities, as in the most common asked question this time of the year: cosa farai a Capodanno? What are you doing on New Year’s Eve?

Epifania – Epiphany, January 6. And of course, Befana, the good witch who arrives on January 6 with sweet treats for children who behaved well, and coal for those who misbehaved. It’s a common joke for female friends in Italy to send each other messages on the day of Epifania to wish to one another, Buona Befana!

Now, without looking at your notes, how do you say Merry Christmas in Italian?