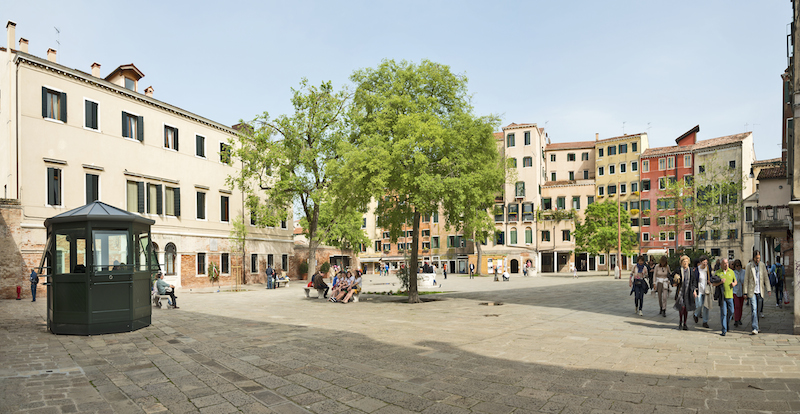 With a constant presence in Venice since the Middle Ages, Jews were members of Venice’s society, they were able to own shops, were involved in banking, and were an influential addition to the society. But in 1385  the Senate decided to expel Jews from the city center in fear of encroachment in certain economic spheres. In April 1516 Venice’s government officially confined the city’s Jewish population to a small area of the city, creating the first Jewish ghetto. Having the Jews confined to certain quarters of the city (the ghetto) resulted in certain rules and a life of mistrust living behind gates. Jews were allowed to work for the city but only for a limited two-weeks intervals, they had to pay high taxes, could not leave their homes during the night or could own land, and they had various markings on their clothing including yellow patches and hats.

Historians are unable to exactly pinpoint the origin of this term, but many believe that it comes from gietto/geto, the Venetian word meaning foundry which is located on the same island of the Jewish confinements or ghetto the Italian word for casting. Another possibility developed from the word Giudecia, referring to Jews.

Jews were finally emancipated in 1797 when Napoleon and his troops reached Venice and tore down the ghetto’s gates. Through tough times Jewish culture developed and rituals, customs, and the celebration of Sabbath brought the community together in spite of unfortunate circumstances. Many synagogues were build on top of buildings hidden from the outside government so members of the ghetto could worship in peace.

The Ghetto is an area of the Cannaregio Sestiere of Venice and comprised of the Ghetto Nuovo (new) and the adjacent Ghetto Vecchio (old). (The new ghetto is actually older than the old ghetto.) Venice’s Jewish ghetto is the only ghetto in Italy that has remained unchanged since its founding, and today the community contains over 500 active residents.

With the famous Jewish holidays of Yom Kippur and Rosh Hashanah, celebrated in September, Select Italy experts would like to share a list from our Tips for Travelers Database on the top three kosher restaurants in Venice.

Have you ever been to any of these Kosher restaurants? What did you think?