Situated in the center of the Mediterranean Sea, partway between Europe and Africa, the island of Sicily is a fabulously fascinating melting pot of cultures. Its key strategic position at the crossroads of several trade routes meant that many civilizations tried, and often failed, to take control of the island. From early Phoenicians to Carthaginians, ancient Greeks to Romans and Saracen Arabs to the French, Spanish and Germans, pretty much everyone has had a go. And consequently, the island is an intriguing fusion of influences whose architecture, culture and cuisine all reveal traces of previous invaders. So if you’re planning a trip to Sicily, here are some of the great things to do in Palermo. 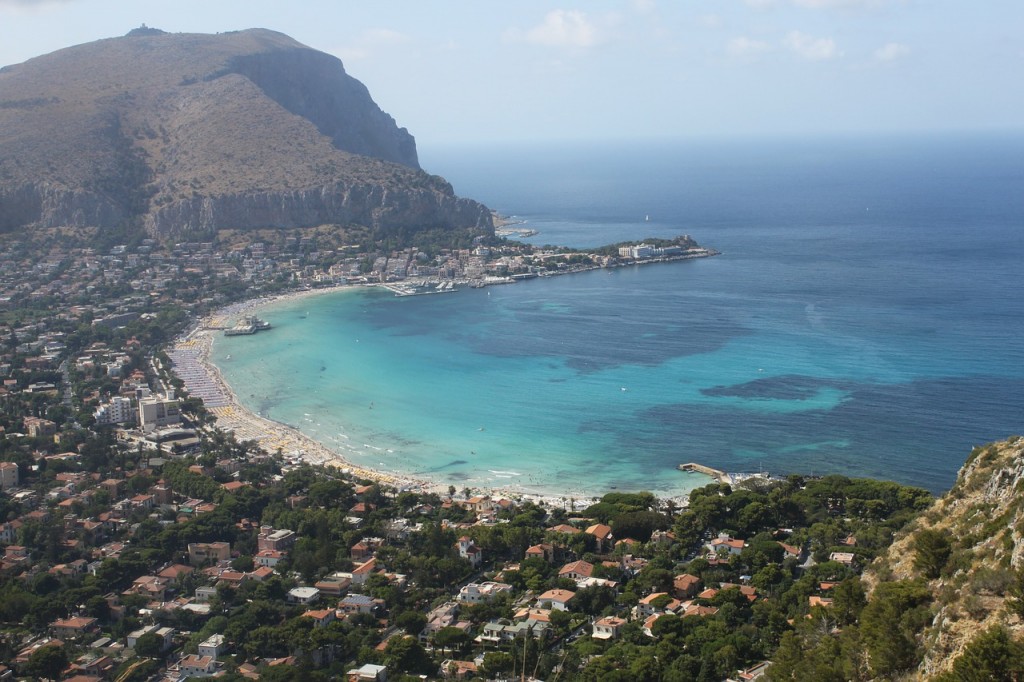 Cave drawings suggest that people, possibly from Catalonia in Spain, were living in Sicily up to 8,000 years ago, however the Phoenicians, a sea trading society from the Middle East, are often quoted as the first settlers of the natural harbor where the city still nestles today. Arriving over 2,700 years ago, they named their settlement Ziz, meaning flower, and started a cascade of successive conquerors, each of them bringing new ideas, languages and even new names. So, although the colony started out as Ziz, the Greeks called it Panormus, meaning port, and the Saracens called it Balarm, a name that would go on to form the basis for the city’s current name.

With each new invasion came new architecture, resulting in a wonderful mix of ancient Punic city walls, Romanesque churches, a Gothic cathedral and Baroque architecture that includes the notable black-and-white church of the Gesu and the Quattro Canti, a Baroque square at the center of Palermo. There are even a few contemporary examples by world-famous architect Carlo Scarpa so there are plenty of places to visit and things to do in Palermo as you stroll around the city.

Palermo – what to eat and drink 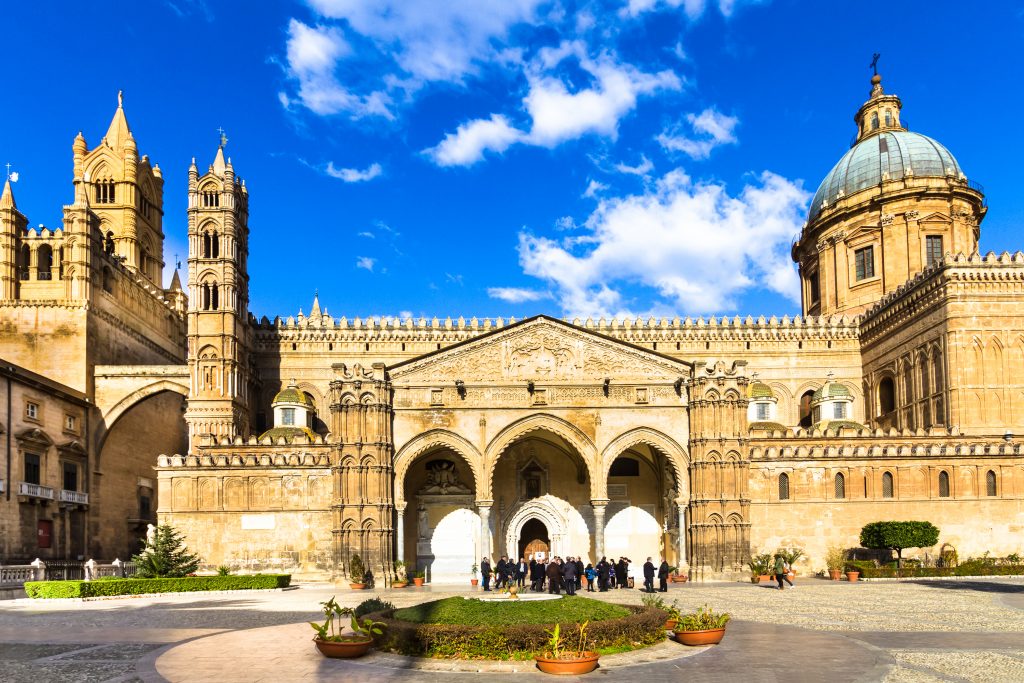 With each new invasion came new flavors, spices and cuisines too, as conquerors brought their own traditional recipes to this beautiful Mediterranean island. And while Sicilian cuisine today is very firmly rooted in the Italian kitchen, you’ll also find some conspicuously un-Italian ingredients that hint at earlier influences.

Even though the 10th and 11th century Kalbid Arab domination of Sicily ended centuries ago, their cuisine lingers on; it’s thought that the typically Sicilian arancini stuffed rice balls originated during the Kalbid rule. And the use of raisins, apricots, nutmeg, pepper and cinnamon also came from Arab rulers. Similarly, the Normans brought a love of meat dishes, the Spanish introduced tomatoes, cocoa and peppers from the New World and the Greeks added olives, pistachios and broad beans. Add it all together and you have a cuisine that combines the best of several cultures, giving Palermitano and Sicilian dishes a unique and mouth-watering twist on traditional Italian flavors. If you’re a foodie, or even if you’re not, make sure you add some truly Sicilian dining to your list of things to do in Palermo! 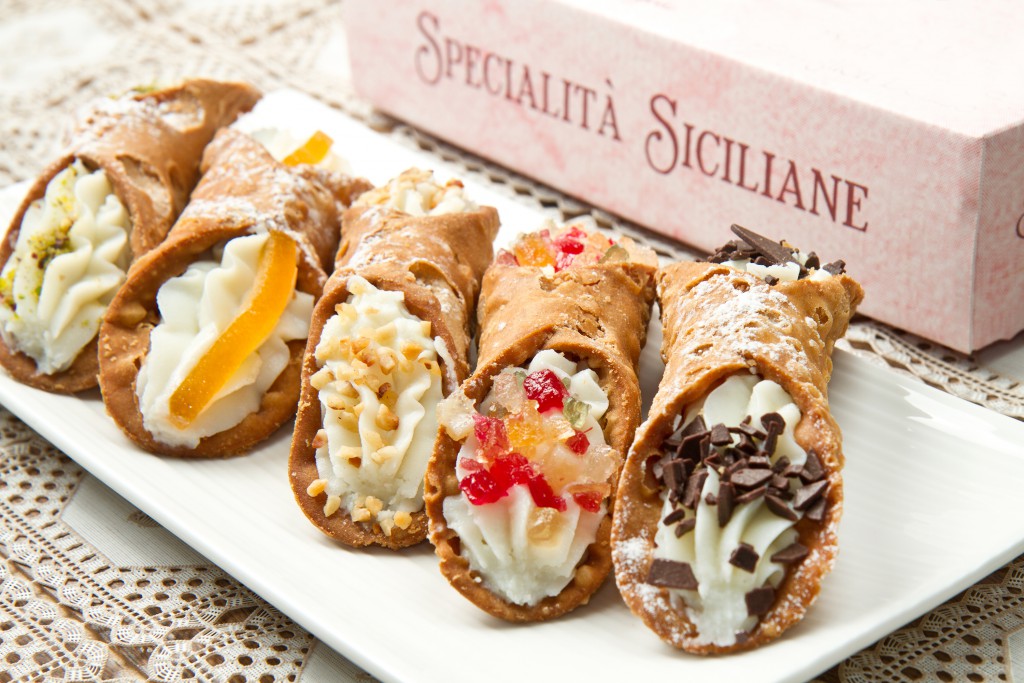 Sicily isn’t just foodie heaven, it’s a wine-lover’s paradise too. With a viniculture tradition stretching back at least 2,800 years to the Greeks, who couldn’t live without their favorite libation, Sicily now has 23 DOC zones and delicious wine in abundance. There’s so much choice that it’s difficult to know where to start but that’s where we can help you with a couple of suggestions.

First up is a wonderful winery visit followed by a typical Sicillian lunch at the Planeta estate. Founded in 1985, the Planeta winery strives to promote the beauty and diversity of Sicilian wines. And their hard work has led to the establishment of six small estates across the island, the first of which was the Ulmo estate and all of which are internationally acclaimed, promising some delicious vintages. 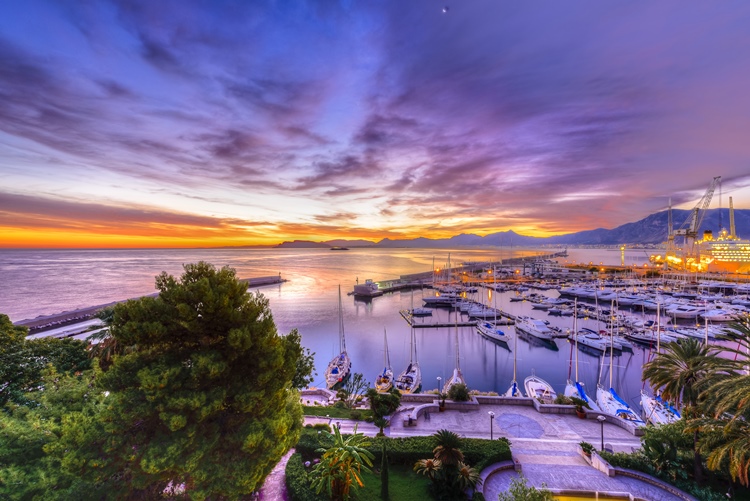 Your day starts when your private driver collects you from your Palermo hotel to drive you to the winery near the village of Sambuca di Sicilia, on the banks of Lake Arancio. Planted on land that the family has farmed for generations, since they arrived from Spain in the 1500’s, the vineyards surround the old baglio (stone farmhouse) that houses the Planeta museum. Your expert guide will introduce you to the many varieties of grapes carpeting this gorgeous landscape before you head to the cellars for a guided tasting of four of the family’s wonderful red and white wines.

But you’re not finished yet since your tasting is followed by a typical western-Sicilian lunch of pasta, meat and fruit, accompanied by two of the Planeta family’s perfectly-matched wines. What better introduction to Sicily and the many things to do in Palermo?

To get to know Palermo and the vineyards that encircle it a little bit better, however, why not book our full day tour of the white wines of the Alcamo area for ten fascinating hours of exploring? 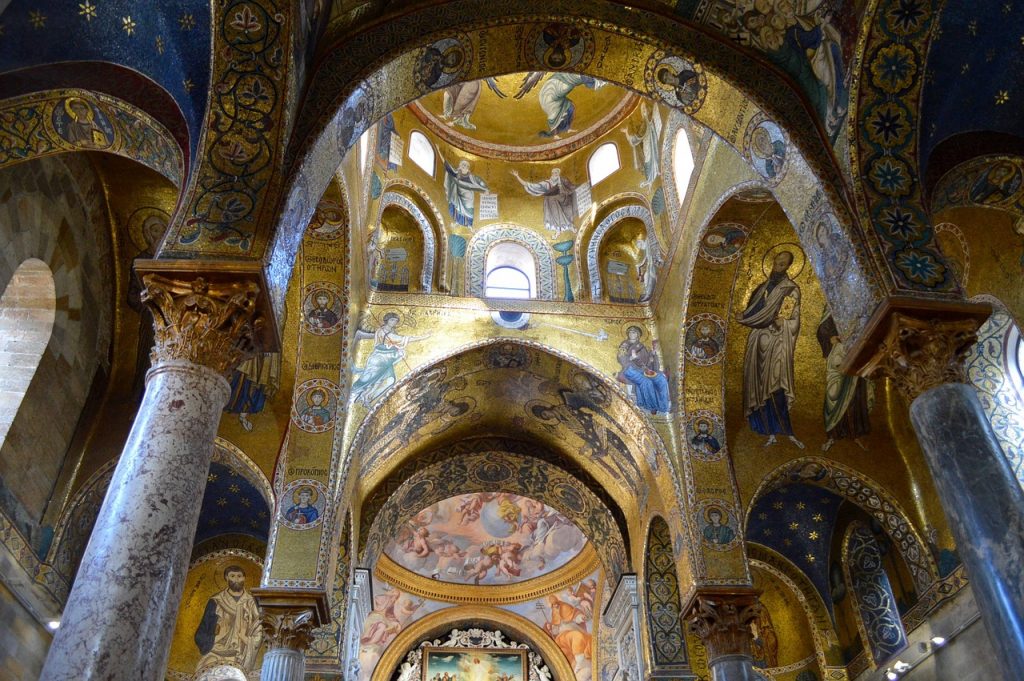 You’ll start with a guided visit to the stunning, must-see Monreale Cathedral, famous for the sumptuous golden mosaics that decorate its interior. From there you’ll be driven to the Azienda Agricola Tarantola dei Conti Testa for your introduction to the winery’s delicious Gorgo Del Drago and red Cabernet-Syrah wines. But that’s not all: your wine tasting is followed by a traditional lunch of local and homegrown produce, perfectly paired with the estate’s delightful vintages.

And there’s still more to explore and discover if your tastebuds are willing. After lunch, your guide will treat you to an afternoon of wine tasting at the Tonnino Winery where they’ve been producing beautiful Sicilian wines since the 1950s. Nestled between 200 and 450 meters above sea level, in a microclimate that offers the perfect balance of sunlight and temperature, the Tonnino family estate is in the ideal spot to cultivate grapes bursting with flavor and aromas that fill every glass of wine. Your expert sommelier will introduce you to several Tonnino wines, produced from traditional Grillo and Nero d’Avola vines. And with a final stop in Alcamo, a traditional Sicilian town of just 40,000 people, you’re in for a real taste treat and day to treasure. This is definitely one to add to your to-do list in Palermo!

So, what’s on your list of things to do in Palermo?

With a complex and cultured history that encompasses many different rulers, each bringing their own customs, cuisine and construction styles, there is a multitude of things to do in Palermo. Wander through the ancient streets, lined by Baroque palaces, Gothic churches and bustling bars. Stop to discover Palermo’s unique gastronomy, unrivaled for its fusion of flavors. Or venture out into the countryside for some mouth-watering wines, cultivated on the slopes around the city. There’s more than enough to admire, explore and discover and plenty of reasons to return. So if you’re wondering where to start, why not give our friendly travel consultants a call? They can help with more information and are on standby to book the vacation of a lifetime. Do you have your wish list of things to do in Palermo ready? You won’t be disappointed!

Off the Beaten Path in Veneto

There’s more to the Veneto than Venice – while visitors tend to overlook the rest of this region in northeastern...