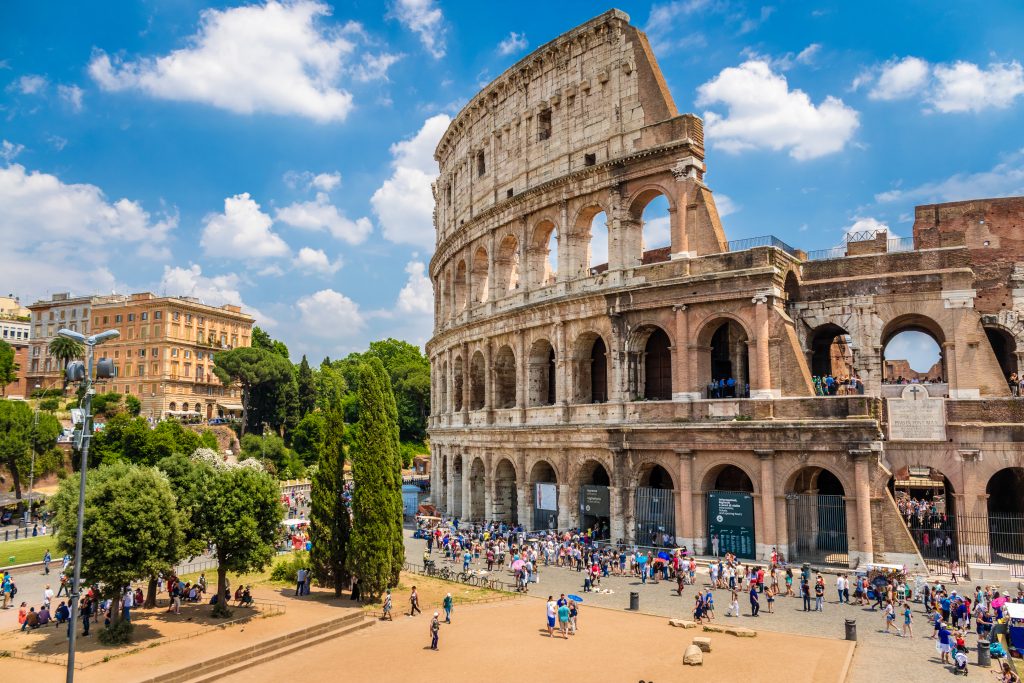 Rome Fiumicino Airport is located 26 km south-west of the city of Rome. The Rome shuttle service is the most hassle-free way to reach the city center from the airport. Imagine dragging your suitcases around as you make your way through a crowded airport to reach the train or bus stop. In addition, those services will not even take you to your hotel: the Leonardo Express train, operated by Trenitalia, takes you to Termini train station, and from there it is a further taxi or metro ride to your hotel. With the bus, you will have to figure out which bus stop is the closest to your hotel, and then, either walk or call a taxi. You probably don’t want to deal with all of that when you’re feeling tired from the many hours on the plane and your jet-lag is at its worst!

Also, if you are on a budget, the Rome shuttle service is cheaper than a taxi.

So here’s why you should consider hopping on the Rome airport shuttle service both on your way to and from the city center.

How the Rome Shuttle Service Works

Go to Select Italy’s Rome Fiumicino Airport Shuttle page. Select the service you’d like to book from the drop down menu on the right: “from airport to hotel in Rome” or “from hotel in Rome to airport”.

Select the date, time of pick up and number of people requesting the service. Provide hotel and flight information, and passenger name (one for the party). Book.

*Please note: reservations made less than five days before date of service will incur a $10.00 rush fee. It makes sense to reserve as soon as your travel plans are finalized rather than waiting until the last moment.

When your reservation is confirmed, Select Italy will send you a confirmation voucher. Show your voucher at the COTAV desk located inside terminal building T3 at the airport. The staff will show you where to meet the driver.

Journey time to Rome city center will be approximately one hour to one hour and 15 minutes, depending on traffic; the Rome shuttle service is a shared service, and the shuttle may stop at other hotels before yours.  Shuttles usually stop at multiple hotels per trip – the average number of stops made by each shuttle is 4.

When your reservation is confirmed, Select Italy will send you a confirmation voucher.

*For flights to the U.S., the pick-up time is at least 4 hours before your flight departure time.

Please be in your hotel’s lobby and ready to leave at least 10 minutes prior to your reservation time. The shuttle is on a schedule and unable to wait for more than a few minutes.

As the traffic in Rome is heavy, the shuttle may arrive up to 20-30 minutes after your reservation time. Do not panic; this is why the pick-up time is scheduled with plenty of time to make it to the airport even in the case of delays.

Have your voucher ready to show the driver when the shuttle arrives at your hotel.

Again, remember this is a shared shuttle service, therefore stops may be made at other hotels. Journey time will be approximately one hour to one hour and 15 minutes, depending on traffic and the number of stops. Shuttles usually stop at multiple hotels per trip – the average number of stops made by each shuttle is 4.

Named after Renaissance genius Leonardo da Vinci, Fiumicino-Leonardo da Vinci International Airport, simply known as Fiumicino Airport, is Italy’s first airport and Europe’s sixth in terms of passenger traffic. Spread over an area of 29 square kilometers, the airport consists of four terminals: T1, T2, T3, and T5. All U.S. flights arrive and depart from Terminal 5. Terminal 3 is the largest and it is used by Alitalia for its long-haul flights. Terminal 2 is used by low-cost carriers, among them Ryanair and EasyJet.

The airport is served by a six-lane motorway, numerous buses, taxis and trains. There is a tourist information office that can provide brochures and answer questions about tours and itineraries. There are duty-free shops, approximately 130 stores including designer’s stores, restaurants and coffee shops, and even a couple of gelaterie (gelato shops).

As Fiumicino is a large and busy airport, reserving in advance the Rome shuttle service will save you time and stress.

With its beautiful scenery, rugged mountains and relaxed après-ski scene Italy is a fabulous winter sports destination. And whether you...