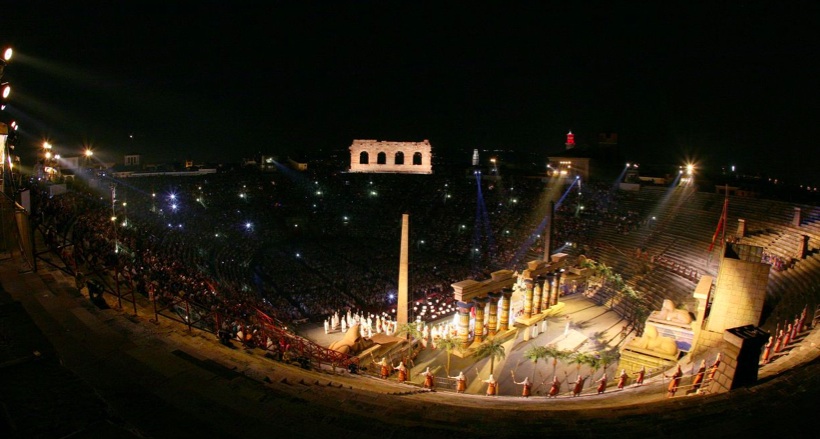 The summer opera season at the Arena di Verona is upon us and promises to be as spectacular and thrilling as ever: on June 24, the 94th edition of the Arena di Verona Opera Festival opens with Georges Bizet’s Carmen. Four more legendary operas are scheduled for this year’s festival – Giuseppe Verdi’s Aida, La Traviata and Il Trovatore, and Giacomo Puccini’s Turandot – for a total of 46 show nights concluding on August 28. For those with a love of ballet, the special Roberto Bolle and Friends dance show on July 18 is an appointment not to miss.

Select Italy makes it easy for you to book tickets to the show of your choice:

Now, before you head to the charming city of Romeo and Juliet for an unforgettable opera evening, read on for a little background history on the Arena di Verona.

The History of the Arena di Verona 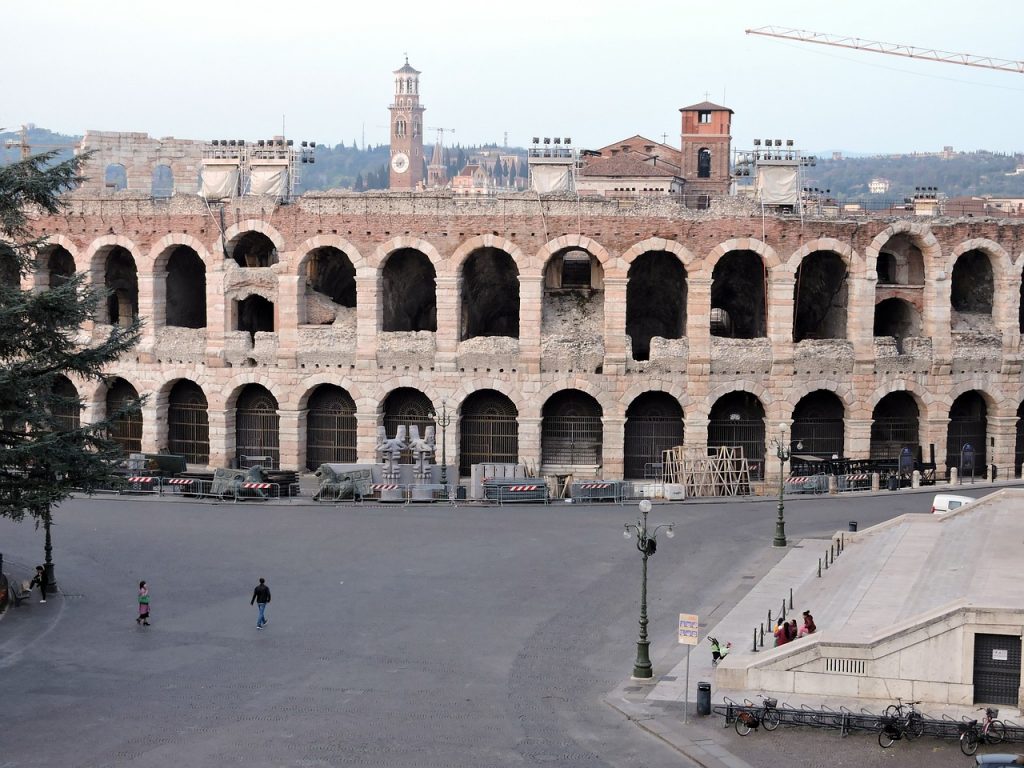 Located on Piazza Bra, the Arena di Verona is a Roman amphitheater built in the 1st century. At the time, its location was actually outside the city walls. The shows and games (ludi) staged at the Arena, including gladiatorial fights in Roman times and tournaments in the Middle Ages, were so popular that they attracted spectators from even faraway places. The amphitheater could house up to 30,000 people (today, for safety reasons, the maximum capacity is 15,000 people – still a whopping number!).

Originally made of white and pink limestone from nearby Valpolicella, the Arena di Verona is one of the best preserved monuments of its kind. Just as it never failed to impress visitors in the past, the modern-day visitor is sure to marvel at the monumental look of this 2,000-year-old building that has become a symbol of Verona. The various orders of tiers were made with Veronese marble and, in the center, stands the arena for the shows. The amphitheater is made up of three concentric circles; the most external one is commonly referred to as the ‘ala’ – wing.

It was not until 1913 that the Arena di Verona began being used for what is so famous today: as a lyric theater thanks to its amazing acoustics. It became the first and most important open-air opera house in the world. The show that opened the summer opera season at the Arena di Verona was a performance of Aida, on August 10, 1913, to commemorate the birth of legendary Italian composer Giuseppe Verdi. It was organized by Verona tenor Giovanni Zenatello and impresario Ottone Rovato. Musicians of the caliber of Puccini and Mascagni attended the premiere.

Some of the most notable opera singers who have performed at the Arena di Verona include Giuseppe Di Stefano, Maria Callas, Tito Gobbi, Renata Tebaldi and Luciano Pavarotti. In recent times, the arena has also hosted many concerts of international rock and pop singers and bands, such as Pink Floyd, Rod Stewart, Pearl Jam, Laura Pausini and many more.

A show at the Arena di Verona is the perfect chance to spend some time exploring the historic city of Verona, a UNESCO World Heritage Site, which has preserved monuments and architecture from the Roman, Romanesque, Middle Ages and Renaissance periods. Verona has been an urban settlement on the River Adige, at the foot of the Lessini mountains in northern Italy, for more than 2,000 years. Conquered by the Romans in the 1st century B.C., it flourished under the rule of the Scaliger family in the 13th and 14th centuries and as part of the Republic of Venice from the 15th to the 18th centuries. According to the UNESCO website, it represents an outstanding example of a military stronghold.

Piazza delle Erbe, which used to be the forum during Roman times, is a sight not to miss. The northern side of the square is occupied by the ancient town hall, the Torre dei Lamberti (head up this 84-meter watchtower for panoramic views of Verona). On the western side is the Baroque Palazzo Maffei. A number of interesting churches built in the Middle Ages are scattered around the small city center: check out the Basilica of Sant’Anastasia, the city’s largest church, and the Basilica di San Zeno Maggiore, a masterpiece of Romanesque architecture. 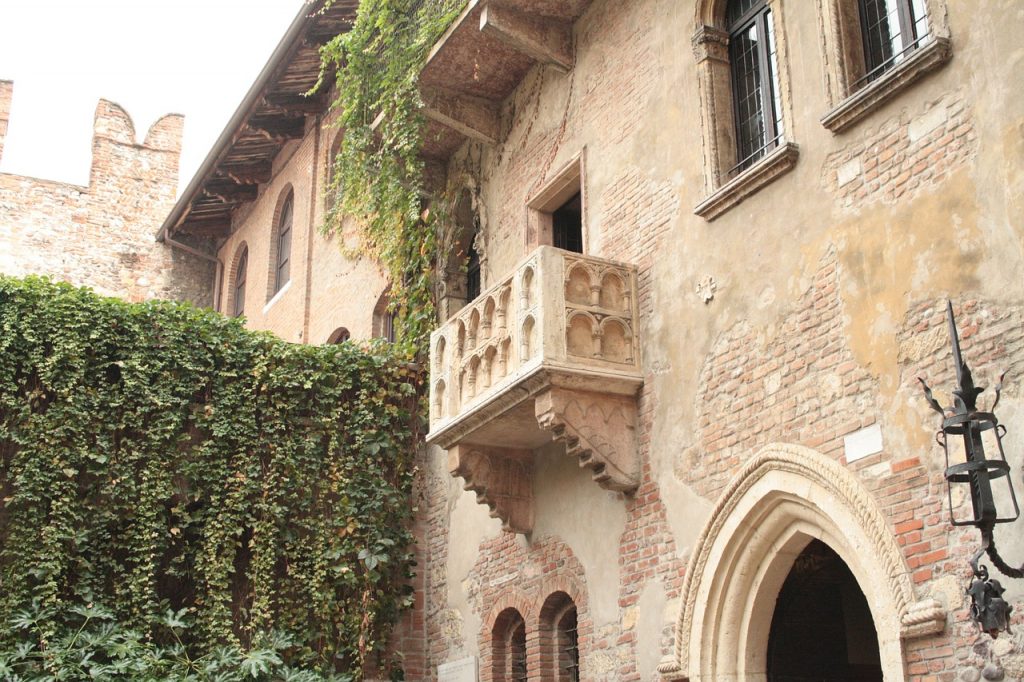 Verona is the location of three of Shakespeare plays, including Romeo and Juliet; in fact, Juliet’s House (and balcony) is one of the city’s most visited sites. Another interesting monument is the Castelvecchio fortress, built in the 1350s by Cangrande II. The complex is now home to a museum.

Attending an opera performance at the Arena di Verona on a warm summer night is likely going to be one of the highlights of your Italy trip. So book your ticket now for an unforgettable experience!

Any questions about Verona or the Arena di Verona opera season? We are here to help! Leave a comment below.

See and behold the Sistine Chapel in the best way possible, a private tour during after-hours with no crowds. It...