Nicknamed the “green heart of Italy,” Umbria is uniquely land-locked, bordering neither sea nor another country. And while nature formed its glorious landscape of valleys, plains and mountains, successive civilizations have formed its culture, traditions and cuisine. From the Etruscans to the Romans to medieval lords; all have left their mark. Not to mention St. Francis, St. Benedict and St. Valentine, all of whom made Umbria their home. And foodies are in their element, too, with cured meats, earthy truffles and full-bodied wines just waiting to tickle your taste buds. So if you’re ready to explore, lets have a look at some of the wonderful places to visit in Umbria. 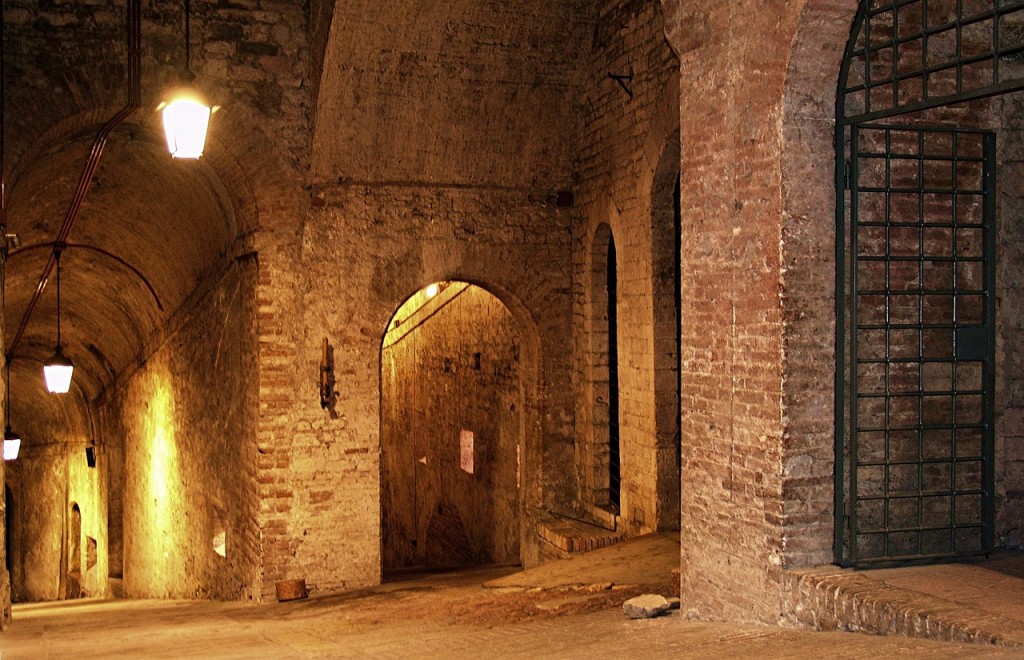 Fortress in the city of Perugia

Perched high up on a hilltop overlooking the Umbrian plains, the cobbled alleys, arched stairways, piazzas and palaces of Perugia make an immediate impact. Founded by the Etruscans as a strategic center and one of their main cities, it briefly fell to the Romans, passing through a series of medieval hands until, in the 11th century, Perugia began to assert its own independence. With one of the oldest universities in Europe and Umbria’s National Gallery, which boasts an internationally-renowned collection of Italian art, Perugia is bursting with history. And that’s before we get to the town’s culinary heritage, its annual jazz festival and its vibrant bar scene.

There’s so much to see in this celebrated citadel that a guided tour of Perugia’s Masterpieces is a perfect way to make sense of the centuries of history. Your guide will tell you tales of the Etruscans, who built the enormous walls that encircle the city, including the Arco Etruscso and Porta Marzia, two of the seven most imposing gates in the wall. You’ll explore the streets of the notorious Rocca Paolina, constructed and reconstructed by successive Popes in the Middle Ages as a fear-inducing symbol of Papal dominance. And you’ll take in some of the oldest sites in the city.

Follow in the footsteps of Perugia’s first students as you stop at the city’s 700-year-old university, raise a prayer at the pink marble cathedral and marvel at the beautifully-ornate medieval Fontana Maggiore fountain, just three of the wonderful sites to enjoy on your half-day tour. And finally, don’t miss the Palazzo dei Priori, home to the National Gallery of Umbria where you can admire some of the region’s finest Renaissance paintings and sculpture. It’s one of Italy’s finest art collections and renowned around the world for works by Perugino, Piero della Francesca and Beato Angelico. What a fantastic introduction to the finest places to visit in Umbria. 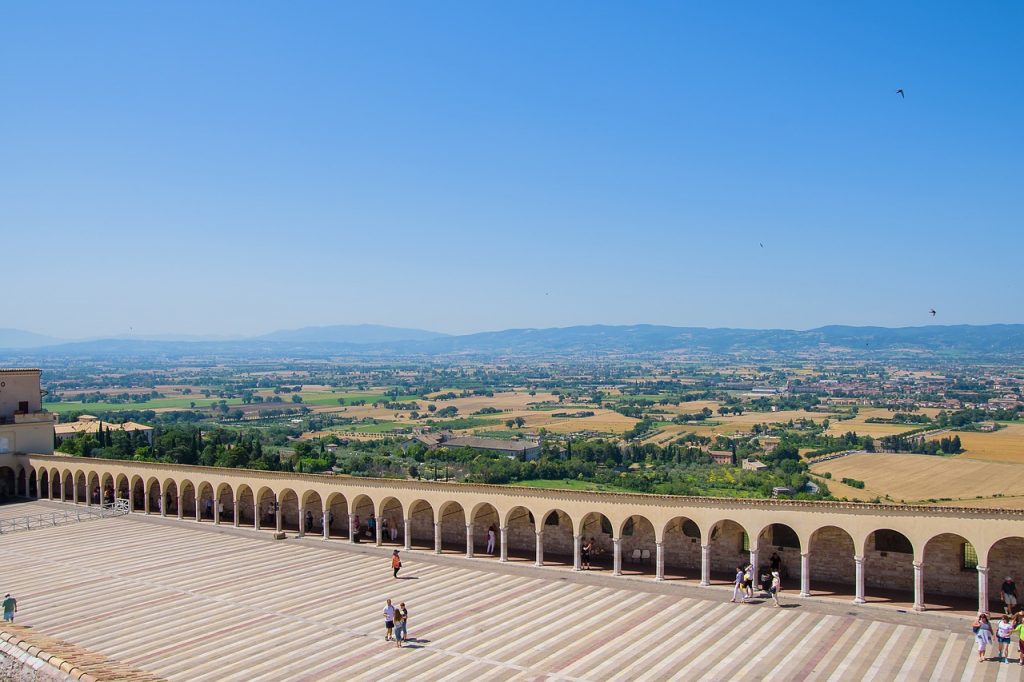 Assisi, another of green Umbria’s brightest jewels, is just a short drive from Perugia. The ancient, walled town hugs the slopes of Monte Subasio, its lanes wind up the wooded hillside and its townsfolk offer a friendly welcome. But Assisi is more than just a pretty hilltop spot.

Assisi has a rich religious heritage that dates back to the birth of St. Francis in the 1100’s. And the story of how Francis, the privileged, spoilt son of a wealthy local draper, went from from riches to rags, founded the Franciscan Order and inspired the construction of one of Christendom’s most important basilicas, is a fascinating one. 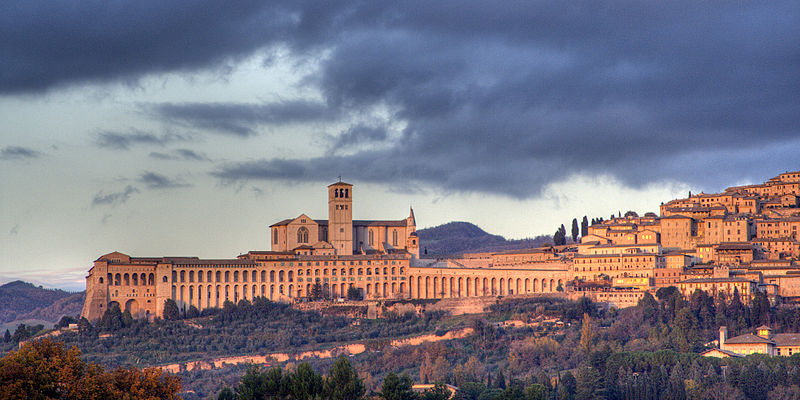 Our half and full-day tours introduce you to the saint’s birthplace, take you through the streets he would have played in as a child and visit at least five Franciscan churches. The first stop, however, is the gleaming white Basilica of San Francesco.

Standing tall on top of a rocky outcrop overlooking the Umbrian plains, the basilica is a beacon for Christian pilgrims. Its simple exterior, however, belies the stunning, technicolor medieval frescoes that cover the walls and ceilings of the interior. Giotto, Cimabue and Simone Martini all contributed to the breathtaking friezes depicting biblical stories and those from Francesco’s life; they provide a wonderful tribute, along with the other churches that you’ll visit, to the man who sacrificed his riches to tend the poor and hungry of Umbria all those centuries ago. 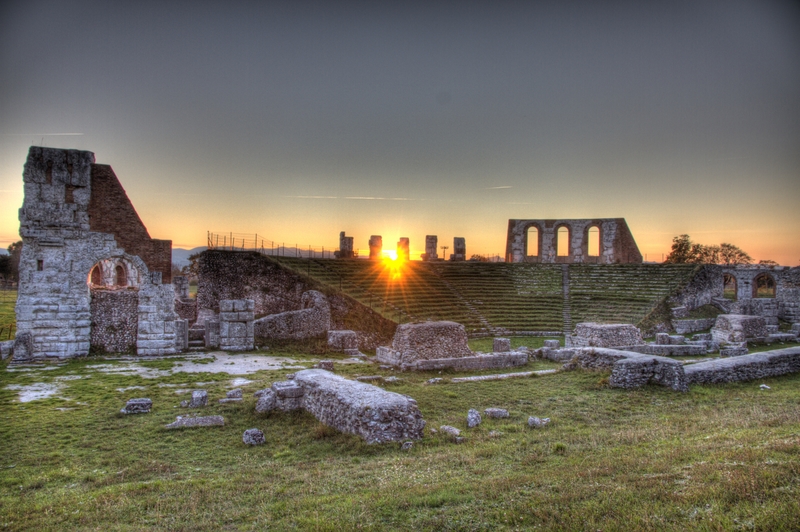 Just 30 miles to the north of Assisi lies another city connected to the life of St. Francis. Gubbio, curiously nicknamed “the city of fools,” looks like a quintessential medieval city centered around a classic, crenellated castle, the Palazzo dei Consoli. But although the city’s stark Gothic palaces and narrow streets spread up the slopes of Monte Ingino, surrounding the old castle, they’re actually following an old street plan first laid out by the Romans. And, in fact, the city’s history stretches back even further.

To discover how the city evolved from the ancient Umbrians, why not book our local expert to guide you round Gubbio’s medieval masterpieces? Your first stop is the iconic Piazza Grande, home to the fortified castle. The enormous civic square hosts the city’s traditional celebrations, including the annual Corsa dei Ceri festival. It is surrounded on three sides by stone palaces and open on the fourth side, providing exquisite views over the city rooftops towards the Umbrian countryside. 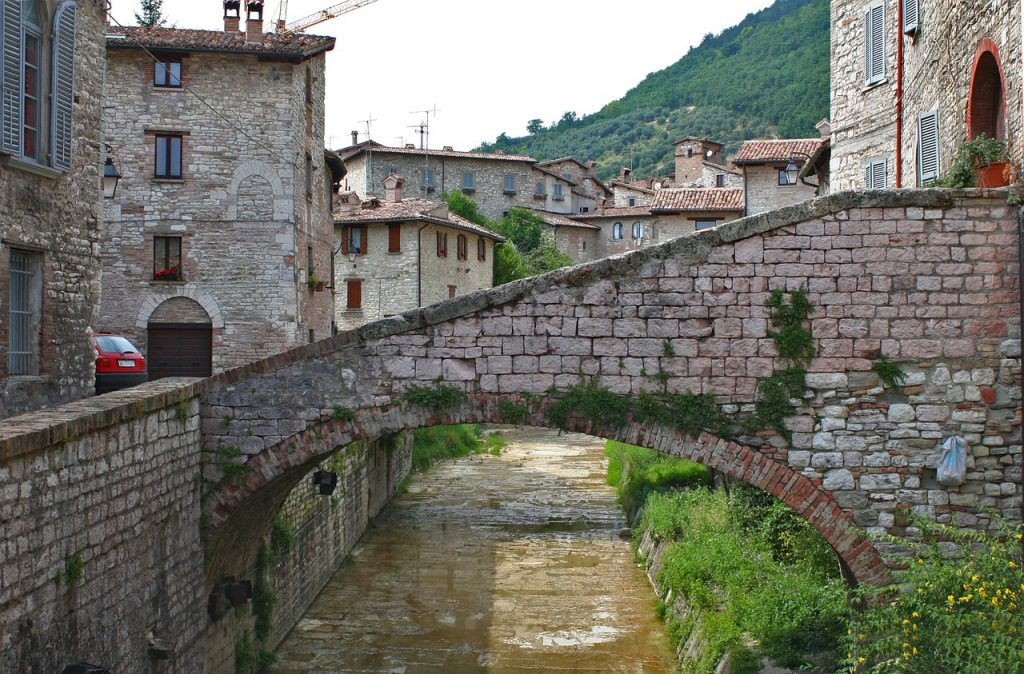 But this stunning medieval showpiece isn’t the only spot worth visiting in Gubbio. As you stroll through its narrow streets on your own private walking tour, you’ll also stop to admire the beautiful, hand-painted ceramics characteristic of the city. And your guide will take you round the petite church of San Francesco, through the ancient Porta Romana gatehouse and finally along the Corso Garibaldi, pointing out several noble houses. Clearly there are many reasons to put Gubbio at the top of your list of places to visit in Umbria! 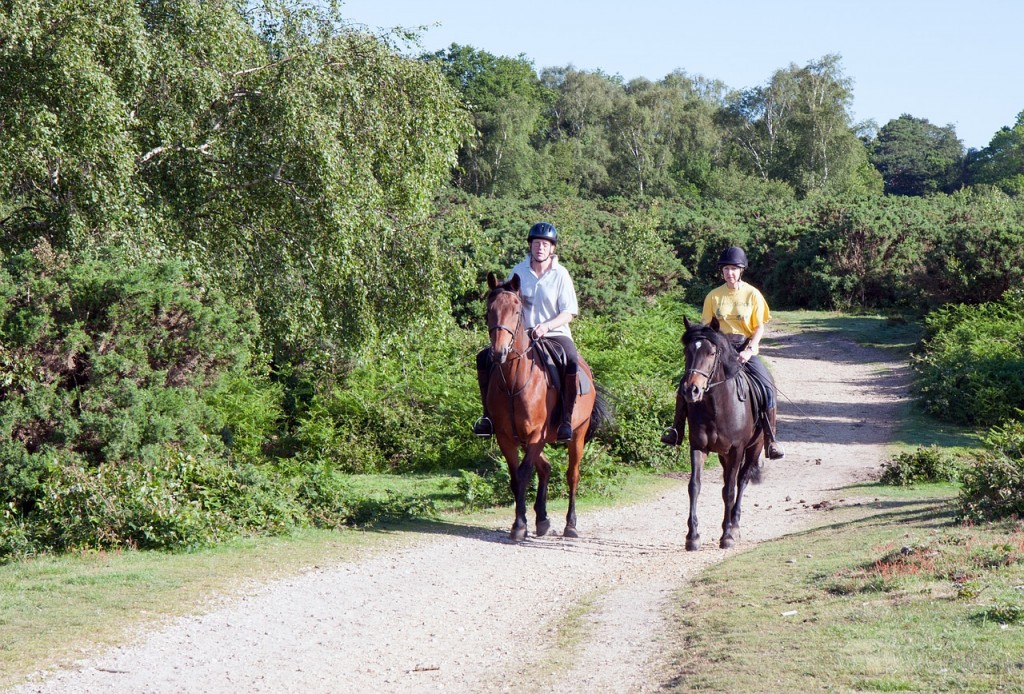 And finally, if you prefer the tranquil countryside to city life, we have two wonderful alternative ways to discover fabulous places in Umbria and also give you a taste of the region’s mouthwatering food and drink.

For a wonderful view over the countryside, why not pick a horseback trip followed by Umbrian lunch? This is a gentle ride through the terraced vines of the Terre Margaritelli Winery in Torgiano, just 10 miles from Perugia; afterwards, you’ll dismount for a guided wine tasting and then sit down for a tasty lunch packed with the flavors of Umbrian cuisine. 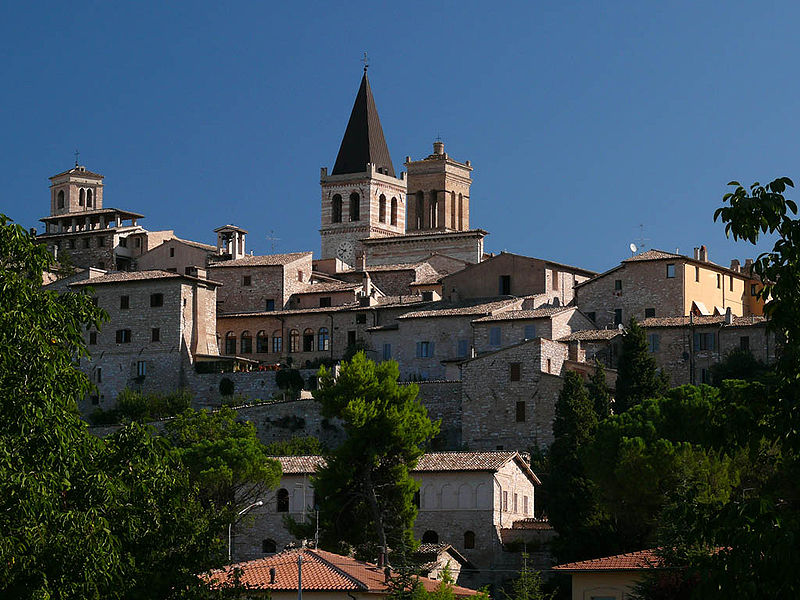 Or, if you prefer to travel under your own steam, why not let our professional Italian cycling expert guide you through the verdant vines and olive groves of Umbria? No experience is needed for this leisurely, pedal-powered cycling tour through the Umbrian countryside, stopping off along the way at the typical towns of Spello, Cannara and Bevagna. And after a wonderful morning of cycling, with Perugia and Assisi on the horizon, you’ll stop for a perfect picnic of cured meats, local cheeses, crusty bread and juicy olives. What better way to discover some of the countless, picturesque places in Umbria?

Places to visit in Umbria: what tops your list?

So, as you pack your bags and get ready to explore, what will be at the top of your list of places to visit in Umbria? Will you pick the Renaissance art capital of Perugia, the hometown of St. Francis or a countryside tour? Leave us a comment to let us know what your favorite would be and make sure to speak to our friendly travel experts to help you make the right choices for a perfect vacation in Italy. Admittedly, there’s a lot to choose from, but one thing is for sure; you won’t be disappointed by the green heart of Italy!

Luxury Italy Tours: Treat Yourself to a VIP Experience

Want to treat yourself to a VIP experience on your Italian vacation? With Select Italy, you are in good hands....