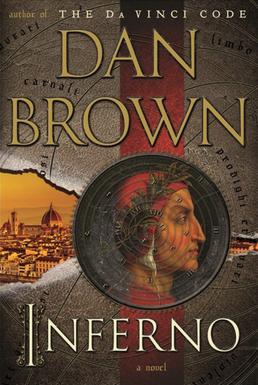 If you are looking for an entertaining and original way to see Florence, take an Inferno Tour. Whether you have read Dan Brown’s best-selling novel Inferno, upon which the tour is based, or not, this visit to Florence is sure to keep you on edge as you retrace the protagonists’ breathtaking adventures through the city and some of its most famous landmarks.

And with the upcoming release of Inferno, the movie, out in U.S. theaters on October 26, there really is no better time to go on a Florence Inferno Tour than now.

You can choose between a private or shared group tour of Florence’s Inferno locations. On the private tour, you will be accompanied by an art historian guide who will let you in on the symbols, facts, and monuments described by Brown in his novel. First-timers and returning travelers alike will appreciate this unique way to see Florence.

This four-hour tour touches on all the Florentine sites mentioned in the novel, beginning at Porta Romana, the main entry point into medieval Florence; in the book, this is where the Italian army block Harvard symbology professor Robert Langdon, the protagonist of the book, and doctor Sienna Brooks. You will walk across the Boboli Gardens, the characters’ only way to reach the city center, past fountains, avenues lined with statues, lovely meadows, and small groves of trees, before reaching the Grotta del Buontalenti, the eerie grotto built by Bernardo Buontalenti at the end of the 16th century for Francesco I de’ Medici. This is where the novel’s protagonists hide while running from the flying drone.

After leaving the gardens, you will trace the path of the Vasari Corridor from below until it reaches the Palazzo Vecchio. In the novel, Robert and Sienna use the Vasari Corridor, an elevated enclosed passageway connecting Palazzo Pitti to Palazzo Vecchio, to escape the soldiers. Your Inferno tour continues inside the gorgeous 14th-century Palazzo Vecchio, where you will admire the imposing Salone dei Cinquecento, which houses Vasari’s fresco The Battle of Marciano. The fresco contains a mysterious inscription, “cerca trova,” and it is these two words that Langdon deciphers in the modified Botticelli’s Map of Hell he finds in his jacket, leading him to Palazzo Vecchio. Here, you will also get to see the Vasari-designed masterpiece Studiolo of Francesco I de’ Medici, a small study in manneristic style, filled with paintings, stucco and sculptures.

Dante and his Inferno play a symbolic fundamental role in the novel, so a visit to Dante’s reconstructed house is a must on any Inferno-inspired Florence tour. Besides, this house-museum on three floors offers a fascinating glimpse into the life and works of one of Italy’s greatest poets. Dante was born right in this house, located in the heart of Florence, in 1265. In the novel, Langdon searches for a copy of The Divine Comedy in the house.

Nearby is world-famous Piazza del Duomo with its marble-clad cathedral and octagonal baptistery. The tour ends inside the baptistery, where Dante and many other famous Florentines were baptized. It is inside the Baptistry that Langdon and Brooks find Dante’s death mask they had been looking for all over Florence, along with a riddle that will take them on even more adventurous pursuits.

If you are on a budget, you should opt for the Shared Group Tour of Dan Brown’s Inferno. During this three-hour tour, an English-speaking guide will illustrate professor Robert Langdon’s elaborate path through Florence, sharing stories and insights and explaining the secrets and symbols found in the novel.

The tour includes a visit to Florence’s Duomo and the Baptistery, where you will decipher the signs hidden within the gorgeous gold mosaic ceiling. You will then head to Palazzo Vecchio, where you will examine Vasari’s puzzling paintings in the Hall of 500 (Salone dei Cinquecento), wander the Duke of Athens’ secret passageway, which plays an important role in Brown’s Inferno, and  see the Hall of Geographical Maps, where the Medici Grand Dukes kept important documents. At the end of the tour, you will see Dante’s death mask, which is preserved in a small hallway on the first floor and plays a key role in the Inferno novel.

As in the Inferno novel: Staying at the Hotel Brunelleschi

To top off your Inferno-themed Florence visit, stay at the Hotel Brunelleschi, also mentioned in the book: “…it was early evening when Langdon made his way across Piazza Sant’Elisabetta and returned to Florence’s elegant Hotel Brunelleschi.” This four-star hotel a few minutes from the Cathedral is listed in the registry of Florentine historic buildings and is located in the neighborhood where architect Filippo Brunelleschi lived, hence the hotel’s name. The hotel’s entrance and reception area are part of the ancient Torre della Pagliazza, and sit on the former Chiesa di San Michele. It is still possible to see the church’s baptismal font and some of its paintings. There are even the remains of a Calidarium of ancient Roman thermal baths, which you can access for free thanks to this exclusive package.

Are you a fan of Dan Brown’s Inferno?

Located in the historic city center, on the banks of the River Tiber, the Rome Jewish Ghetto is an extremely...