Every country has its own Christmas traditions. Australians have their beach barbecues, Brits have their roast turkeys and Germans have St Nicholas, and each one celebrates slightly differently. And Italians are no different since Christmas is a major holiday across the peninsula. So if you’re planning a very merry Christmas in Italy this year, prepare for local customs, seasonal markets, midnight skiing and lots and lots of culinary cheer! Here’s all you need to know to make your vacation go with a swing! 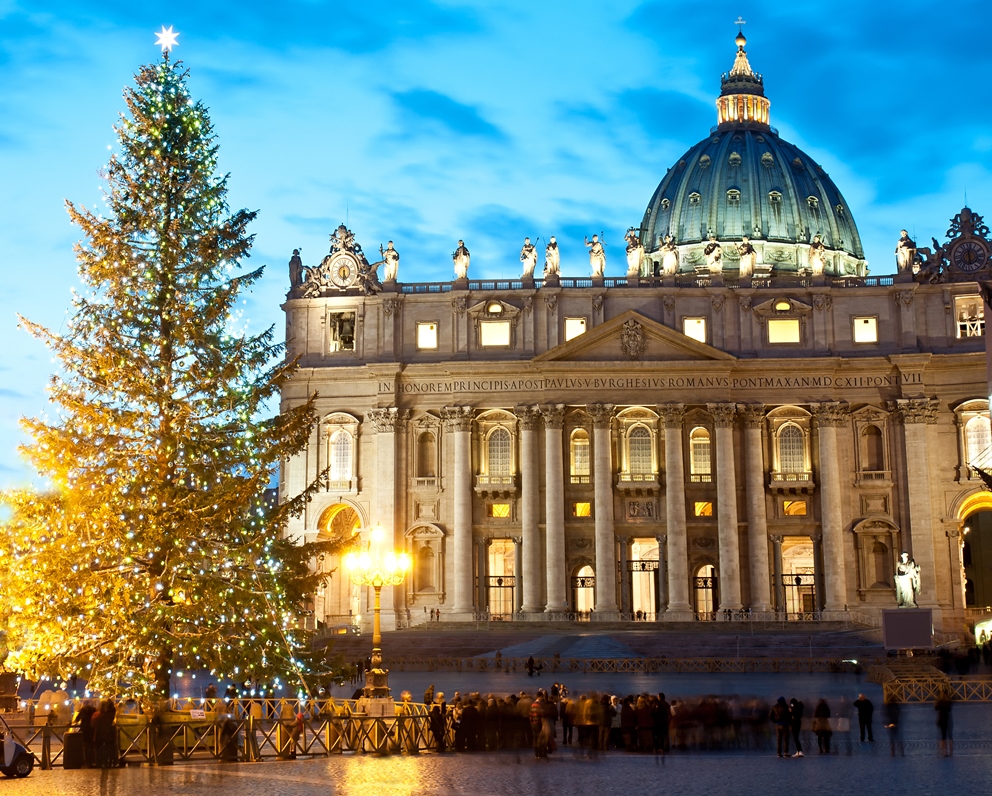 The first thing to know is that Italians don’t just celebrate on December 25th, they start on the 8th and run all the way through to January 6th for 30 wonderful days of Christmas in Italy!

Count down kicks off with the Immacolata, the religious Feast of the Immaculate Conception on  December8th. The day is a national holiday with banks and some offices closing as the faithful attend church to celebrate the conception of Mary herself, rather than Jesus. A cannon is fired from the Castel Sant’Angelo in Rome to announce the opening of the religious festivities that include parades, bonfires and fireworks. Meanwhile, the Pope holds morning prayers in the Piazza di Spagna in Rome, placing a garland of flowers on a statue of the Madonna atop the towering Column of the Immaculate Conception.

This is also the day when many Italians start putting up their decorations and fairy lights. Some decorate trees in their gardens, some put lights in windows and others put simple decorations around the house. Most cities  also hang lights throughout their historic centers, creating beautiful, twinkling settings for some fabulous Christmas shopping. Either way, the wintry nights are a little brighter from December 8th onwards. 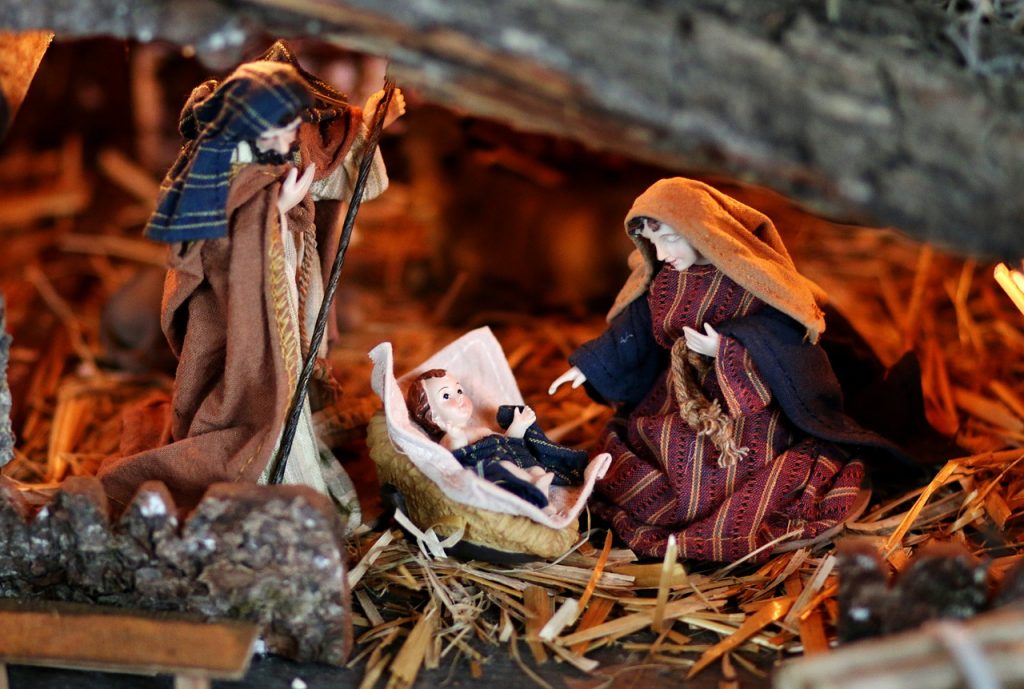 The presepio or nativity scene is one of the most cherished parts of Christmas in Italy with presepi popping up all over the place from homes and churches to town squares and shops. The idea of a crib scene is believed to have started back in the 11th century when the church of Santa Maria del Presepe (Saint Mary of the Crib) used a nativity scene to explain the Christmas story to parishioners who couldn’t read the Bible.

The idea was later popularized in 1223 by St Francis of Assisi when he asked a local villager to create a wooden manger to help re-enact the nativity following his trip to Bethlehem the year before. Having a crib in your own home, rather than just at church, became more common from the 16th century onwards and since then nativity scenes have become a big part of Italian Christmas folk art with handmade presepi being a key artisanal tradition. So if you’re down in Naples, why not check out Via San Gregorio Armeno, the world-famous street of the nativity scene makers in the historic city center where “presepi napoletani” can be bought all year round?

One tip: even though the nativity scene is often put out from December 8th, the figure of baby Jesus isn’t put into the manger until the evening of December 24th. 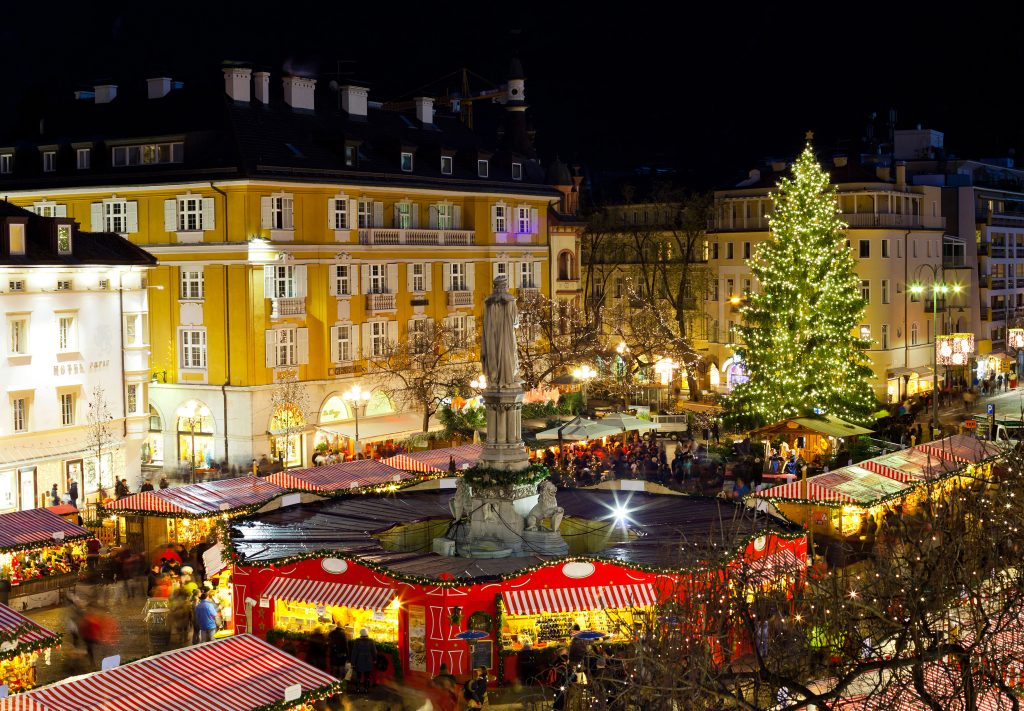 Christmas markets are popular in Italy with both locals and visitors since they offer the opportunity to shop for handmade decorations, presents, nativity statuettes and the all-important seasonal food and drink. So whether you check out the Mercatino di Natale in Rome’s historic Piazza Navona, Siena’s Mercato del Campo or the famous Christmas markets of the Trentino Alto Adige region in the Dolomites, you are bound to come back in the Christmas spirit and laden with goodies.

I love going carol singing, don’t you; did you know the tradition goes back thousands of years to pagan times? Originally people would sing songs and dance round stone circles to celebrate the winter solstice. In fact, carols were sung throughout the year at festive times and the word comes from the Latin for a circle dance or choraula.

The first churches merged pagan and Christian celebrations, and as early as 129 AD worshipers were singing songs at Christmas services in Rome. But the first Christian carols were sung in Latin and weren’t very popular.

It wasn’t until the 13th century that these festive songs really caught on after St Francis of Assisi introduced nativity songs, sung in the local dialects, to engage parishioners with the story of Jesus’s birth. The new carols were popular and quickly spread across Europe. And today Italians continue the tradition, singing carols in front of nativity scenes during the eight days running up to Christmas known as the Novena (16th to 24th Dec). Keep an eye out for the bagpipers or zampognari, who accompany the carol singers too, especially in Rome, Southern Italy or Sicily.

Many Italians take to the slopes for Christmas, enjoying family time up in the mountains. In Cortina d’Ampezzo in the Dolomites, Christmas-loving thrill-seekers even see in the festive day by skiing down the mountain at midnight with torches lighting their way. It’s a fabulous alternative to midnight Mass and a wonderful spectacle to watch with a mug of festive mulled wine. If you’re looking for some resort ideas for a guaranteed white Christmas in Italy, why not check out our recent blog post on the top 4 ski holidays.

Celebrating with food, friends and family 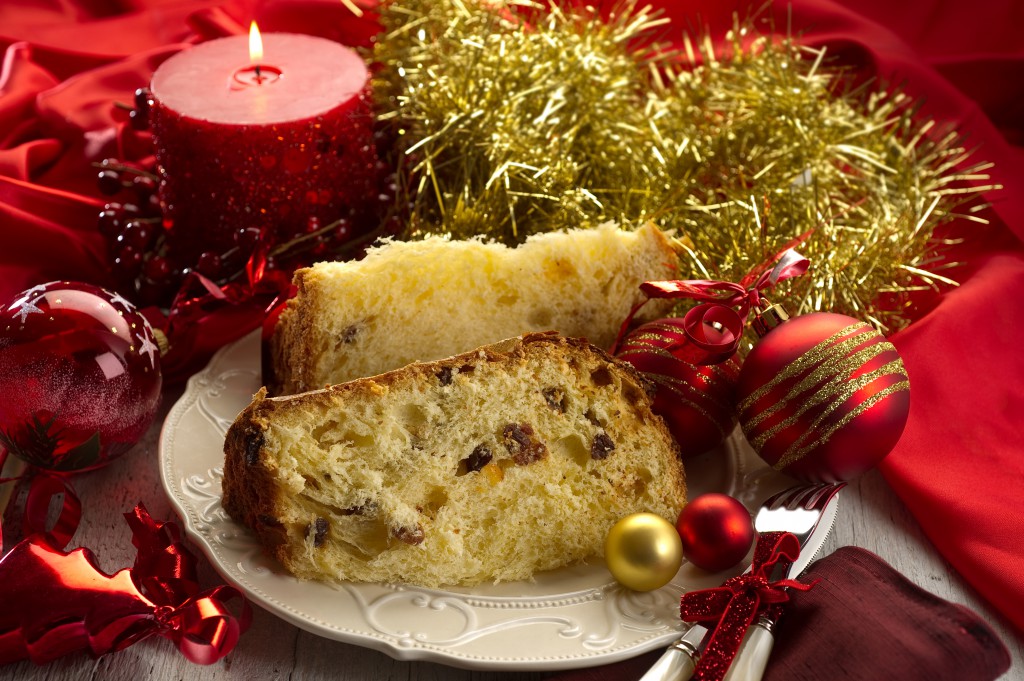 Across Italy, Natale is a family-centric holiday and a time to celebrate with loved ones. Thousands of Italians travel home to their parents for the holidays, with the train and autostrada networks bearing the brunt of extra traffic in the run up to Christmas.

And when it comes to celebrating an Italian Christmas, food is an essential part of the proceedings. Up and down the country mammas, zias (aunts) and nonnas (grandmothers) spend days preparing pasta, sweet breads and all manner of dishes for the Vigilia (Christmas Eve), Natale and the festa di Santo Stefano, otherwise known as boxing day.

In line with most religious festivals, Italians typically avoid meat on the day before Christmas in order to purify themselves. The idea is to eat a clean and lean meal – il cenone – which for a lot of families will mean fish and vegetables although dinner can run to six or even seven courses before the family heads off to midnight Mass.

The festive lunch often kicks off after the Pope’s midday blessing of the crowds in St Peter’s Square with tortellini in brodo (pasta in broth), followed by eel, roast meats or turkey and several side dishes. It can last all day with dessert coming in the shape of sweet breads like panettone, biscuits like ricchiarelli and nutty pastries to round off the merriments. If you’re down south in Calabria, you might also notice that the table isn’t cleared straight away as the food is traditionally left for the Madonna and child. With foodie celebrations continuing through Santo Stefano, New Year’s Eve and on to Epiphany on January 6th, you’d better be ready for a food marathon!

As the birthplace of opera, Italy is also the perfect place to book a Christmas concert or opera. So whether you’re spending the holidays in Tuscany, Rome, Naples or Milan, there’s bound to be a concert to suit your tastes. Make sure you ask our wonderful travel specialists to book you a box at La Scala or seats at La Fenice and then sit back as the festive music, lyrics and emotions wash over you. Perfetto! 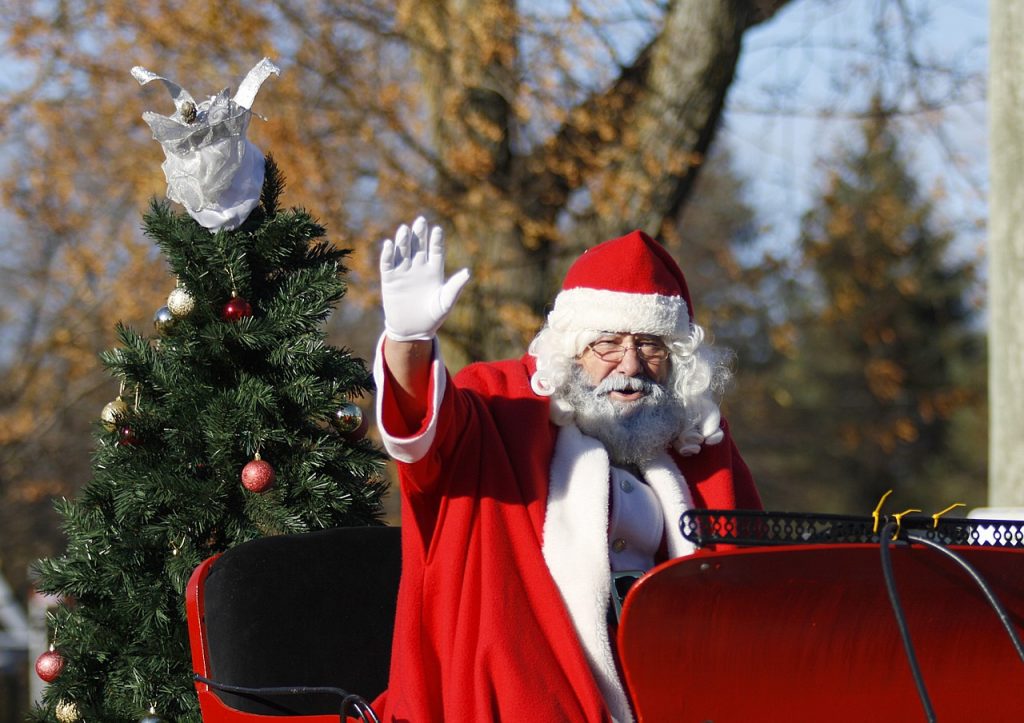 The big bearded guy in red has lots of different names around the world including Santa Claus, Kriss Kringle, St Nicholas or Pere Noel, but in Italy he’s called Babbo Natale. But while he’s gaining in popularity, he hasn’t traditionally delivered presents at Christmas in Italy until recently. Instead, children are told that their presents come from Jesus or their parents and are taught to be thankful to their family, with everyone exchanging presents as a gesture of love and appreciation.

Italian present-giving also differs from region to region. Some northern Italians believe that Santa Lucia brings gifts on December 13th. Others wait for a more traditional figure – La Befana – who is popular throughout the country although she doesn’t deliver until Epiphany on the January 6th.

The story goes that an old lady was stopped by the three wise men, asking for directions. Unable to show them the way, she offered the men food and shelter before they continued their journey, inviting her to come with them as they left. The old dear declined, saying she had too much housework to do, but later set off after them with presents for the baby Jesus. Sadly, however, she never found the child and is still searching, flying around on her broomstick and leaving presents in children’s stockings, including sweets for well behaved little ones, or a piece of coal or garlic for naughty ones.

In the meantime, Venetians mark Epiphany with a gondola race on the morning of January 6th, each boat being rowed by a gondolier dressed as La Befana. If you’re in town, make sure you head down to the Grand Canal for a hot chocolate and to cheer the old witches on!

Planning a Merry Christmas in Italy

As you can see, Christmas in Italy is a very big deal so, if you’re preparing a vacation over the festive period, make sure you plan ahead to make the most of this precious time together. And whether you check out the markets, savor festive food, attend midnight Mass or ski down a mountainside in the Dolomites to welcome in a white Christmas, you’re bound to enjoy the joyful celebrations. Leave us a comment with your favorite Christmas memories and, in the meantime, consult with our travel experts to design you the best holiday itinerary ever. Buon Natale, Buone Feste, Merry Christmas!

One thought on “How to Plan a Merry Christmas in Italy”

With the holidays around the corner, it’s important for all of you Italophiles to know how to say Merry Christmas...